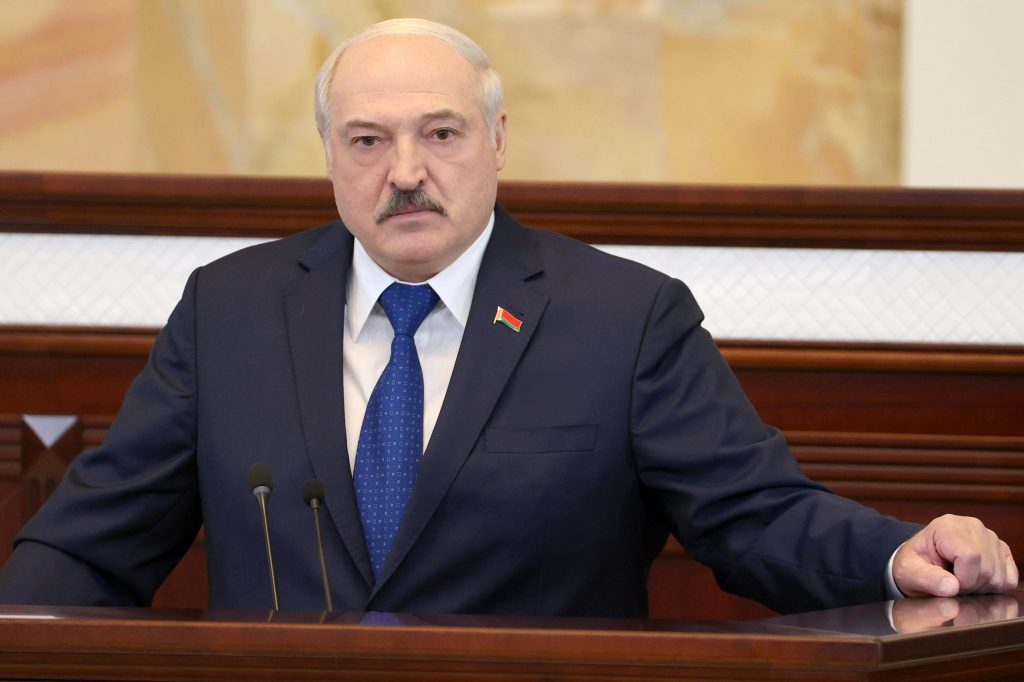 There is also the curious case of the three unidentified individuals aboard the flight who remained in Minsk after the forced landing rather than flying on to Vilnius. Initial unconfirmed reports indicated that they were Russian citizens. One of those reports came from the influential Telegram channel VChK-OGPU, which has more than 160,000 subscribers and claims to “reveal the secrets of officials, oligarchs, gangsters, and security officials.” In a post on May 23, the channel claimed that its sources said some of those who deplaned in Minsk were Russian operatives who were assisting, and carrying the credentials of, the Belarusian KGB. “They were the main organizers of this operation, but they let their colleagues from Belarus take the glory.”

Likewise, Russian opposition politician Ilya Yashin posted on Twitter: “It looks like this was a joint operation by the FSB and the Belarusian KGB.”

But The New York Times cited Lithuanian officials as saying one of the unidentified passengers who disembarked in Minsk was a Greek citizen and the other two were Belarusian nationals, adding that “uncertainty about their identities raised questions over whether they had any role in the operation.”

The official Russian reaction and that of pro-Kremlin media outlets, which all seemed to be armed with ready-made talking points to justify and support Belarus, also raised suspicions. Russian Foreign Ministry spokeswoman Maria Zakharova called the West’s reaction “shocking.” She also quickly played the whataboutism card, raising a 2013 incident in which Bolivian President Evo Morales’s plane was forced to land in Austria because of suspicions that American fugitive Edward Snowden was on board, as justification for Belarus’s actions. Russian Foreign Minister Sergei Lavrov called Belarus’s handling of the incident “reasonable.”

The incident was not the first time Russia gained such a “tactical benefit” in recent weeks. The international crisis over Ryanair Flight 4978 and the arrests of Pratasevich and Sapega came just over a month after Russia’s Federal Security Service arrested two Belarusians, including one with US citizenship, and accused them of plotting to carry out a coup against Lukashenka during the May 9 Victory Day parade in Minsk. Those arrests and coup plot allegations also appeared to be designed to advance Russia’s strategic goals of isolating Lukashenka and increasing his dependence on Moscow.

Radosław Sikorski, a member of the European Parliament who has served as Poland’s Foreign and Defense Minister, wrote on Twitter that if it turns out Moscow was involved, then “Russian personnel and Russian assets should also be sanctioned.”

Whether or not Russia was directly involved in this act of state-sponsored air piracy and kidnapping, as Lukashenka’s main international benefactor, the Kremlin bears a large degree of responsibility for his actions. I have argued repeatedly in this space that sanctions against the Lukashenka regime should also target his Russian enablers. The hijacking of Ryanair Flight 4978 and the kidnapping of Raman Pratasevich only reinforces that it is time to impose crippling costs on the Putin-Lukashenka axis of autocrats.

Moscow’s current efforts to turn Belarusian territory into a platform for Russia’s armed forces are accompanied by moves to accelerate an economic integration that could amount to a soft annexation.

Image: Belarus President Alyaksandr Lukashenka pictured on May 26 as the fallout from the recent "air piracy" incident continued. (Sergei Sheleg/BelTA/TASS via REUTERS)