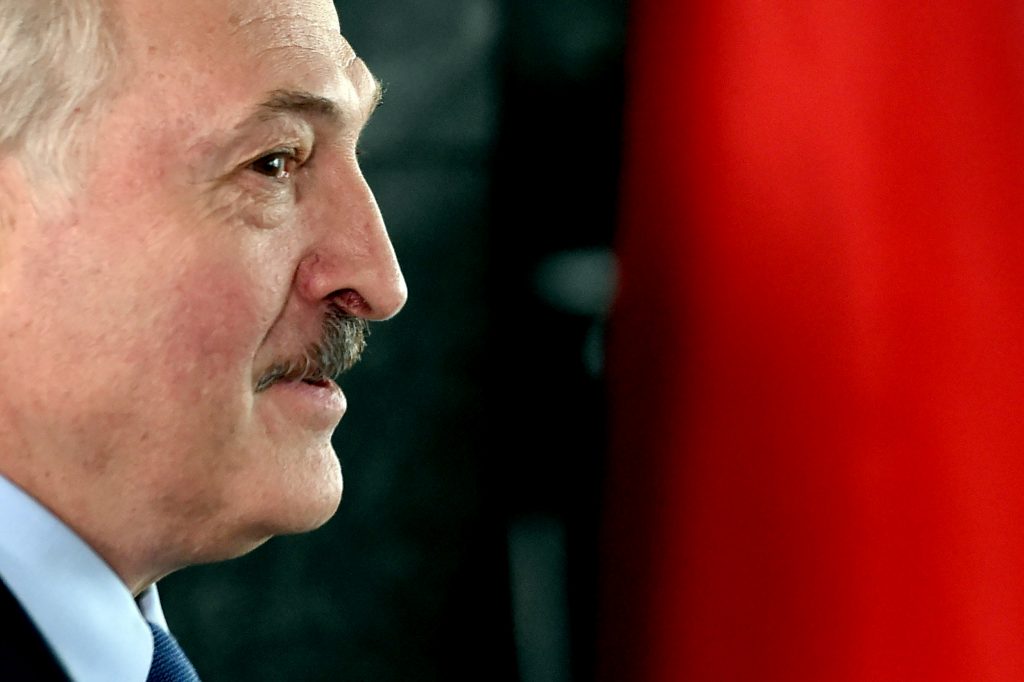 The isolation of Belarus dictator Alyaksandr Lukashenka’s regime is intensifying. Belarusian diplomats are being expelled from Western countries and more face ejection. Major European companies are enduring fierce criticism for doing business in Belarus and are under increasing pressure to divest. And allegations are surfacing that Lukashenka misappropriated European Union funds.

The United States and the European Union meanwhile, continue to ramp up their sanctions regimes, although for the time being, these are largely focused on individuals. But calls are growing louder on both sides of the Atlantic to broaden and expand sanctions to include major companies.

Opposition leader Sviatlana Tsikhanouskaya has called for sanctions on the Belarusian state-controlled potash producer Belaruskali, which is a major source of revenue for the Lukashenka regime and controls about one-fifth of the global market. Recent revelations that the company has been selling potash, a key ingredient in fertilizer, below the market price in China and India have led to allegations of dumping. This is further intensifying calls for sanctions, particularly in potash mining US states like New Mexico.

But expanding sanctions to include large state-run firms like Belaruskali is not without risk. Kremlin-backed oligarchs and businesses are seeking to leverage the crisis in Belarus to snatch up troubled industrial assets in the country and expand Russia’s footprint and political influence there.

Atlantic Council Senior Fellow Anders Aslund, author of the book “Russia’s Crony Capitalism: The Path from Market Economy to Kleptocracy,” argues that sanctioning major Belarusian companies like Belaruskali risks “isolating Belarus further from the Western world and making it even more dependent on Russia, which already accounts for more than half of the country’s foreign trade.”

This debate over how to sanction, and how much to isolate, Belarus reflects the thorniness and complexity of the security dilemma facing the West as the crisis over the country’s disputed August 2020 presidential election drags into its eighth month.

Western policy towards Belarus needs to thread a very difficult needle, punishing Lukashenka and his cronies for their abysmal human rights violations while at the same time preserving Belarusian sovereignty and preventing Russia from exploiting the crisis to de facto annex its smaller Western neighbor. Should Moscow succeed in this effort, it would significantly change the security balance on NATO’s eastern flank. For this reason, Western sanctions policy toward Belarus cannot be divorced from policy toward Russia.

Belaruskali managed to evade those sanctions when it was spun off from Belneftekhim, sparking an effort in the US Congress to re-impose new sanctions on the company. The effort was led by members of Congress from New Mexico, a major potash mining state, including Rep. Steve Pearce and both of the state’s US Senators. The push for sanctions on Belaruskali stalled in 2015 when Washington suspended sanctions on Belarusian companies following the release of several political prisoners.

As the prospect of fresh sanctions on Belarusian firms moves back onto the agenda, Kremlin-connected oligarchs and companies are eyeing the country’s key economic assets, according to Aslund. Russian potash giant Uralkali, owned by the Kremlin-connected oligarch Suleiman Kerimov, has reportedly intensified its longterm campaign to acquire Belaruskali. The Russian chemical producer Uralkhem, which is owned by the Belarusian-born Russian citizen Dmitri Mazepin, is said to have its eye on Hrodna Azot.

This is all important to consider in crafting any sanctions policy toward Belarus. With roughly 250 Belarusian political prisoners in jail, the most basic goal of Western sanctions is to punish the Lukashenka regime for flagrant rights abuses and electoral falsification. In the past, the Belarusian dictator has been adept at gaming the system with minor concessions to get sanctions eased, something the West needs to be suspicious of in the current environment.

But the Belarusian crisis is taking place in a broader geopolitical context in which the Kremlin is trying to leverage Lukashenka’s isolation and vulnerability to expand Russia’s political, economic, and military footprint in Belarus. Western policy toward Russia, including sanctions policy, aims to deter Moscow’s aggression against its neighbors and contain its efforts to spread malign influence in Europe and North America.

These policy goals toward Belarus and Russia, which reflect both Western interests and values, cannot be divorced from each other. This raises a series of questions that need to be carefully considered.

Would sanctioning large Belarusian state-controlled companies drive them into the arms of Kremlin-linked companies and oligarchs? Or conversely, would sanctions against these enterprises deter Russian efforts to acquire them? Would the threat of sanctions against Russian firms and individuals who use Moscow’s power to acquire Belarusian companies as part of a Kremlin-backed effort to softly annex Belarus be an effective deterrent?

There are no easy answers to these questions. But they make it clear that Western policy toward Russia and Belarus needs to be approached as a coherent whole.

Image: The West is looking to increase sanctions against Belarus dictator Alyaksandr Lukashenka but must tread carefully to avoid creating opportunities for Russia to expand its geopolitical influence. (Sergei Gapon/Pool via REUTERS)