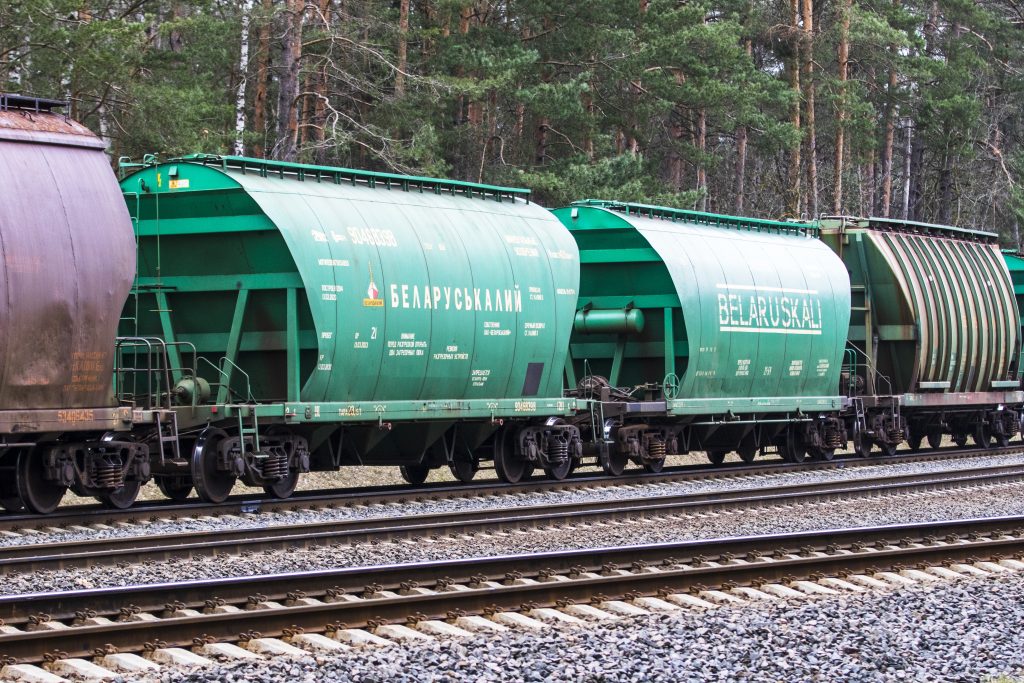 In June and August 2021, the European Union, the United Kingdom, the United States, and Canada imposed severe financial and trade sanctions on Belarus. What impact will they have on the Belarusian economy?

The Belarusian economy is the best Soviet economy ever, but it is still a Soviet economy. It is dominated by a few dozen large state-owned enterprises which fall into two groups. The four most valuable state-owned companies are Belaruskali, producing one-fifth of all potash in the world; the two oil refineries Naftan and Mozyr; and the nitrate fertilizer company Hrodno Azot. These four companies account from about two-thirds of Belarus’s exports to the West.

The other group of major state enterprises manufacture Soviet products for the Russian market, including everything from stoves to bras. The quality is high by Soviet standards, but it is still Soviet. Russia accounts for almost half of Belarusian trade, and no country is as dependent on the Russian market as Belarus.

There is another element to the Belarusian economy, the modern hi-tech sector, whose leader is EPAM, a New York listed company with 41,000 employees and a market capitalization of USD 32 billion. The hi-tech component of the Belarusian economy accounted for about five percent of GDP prior to the start of the current crisis last year, but much of it has since evacuated to friendlier lands.

Alyaksandr Lukashenka rose to power as manager of a state farm. To a significant degree, this is what he remains, even if he appears to have amassed a significant personal fortune in Dubai. His economic policy is simple. Big manufacturing companies are owned by the state and controlled by Lukashenka. If they make losses, these will be covered by the state banks that account for three-quarters of all bank loans in the country.

This is a model designed to ensure Soviet-style stability, but it is not good for economic growth. The Belarusian economy has not grown since 2012. In 2013, Belarusian GDP per capita was USD 8,000, but this year the IMF expects it to be merely USD 7,000, and Belarusians look primarily at their dollar incomes.

Lukashenka also stands accused of establishing himself as an authoritarian kleptocrat. On August 9, the US Treasury sanctioned three of his alleged cashiers. Belarusian businessman Mikalai Varabei allegedly manages Lukashenka’s energy business, Belarusian Aliaksey Aleksin his tobacco business, and the Serbian and Cypriot national Nebojsa Karic reportedly takes care of Lukashenka’s construction business. Belarus suffers from crony state capitalism. It is difficult to imagine any progress until Lukashenka is dismissed.

Lukashenka ignored Covid-19 for a long time. At first, he claimed the pandemic did not exist, before later arguing that it could be cured with vodka and sauna visits.

Despite this poor response to the crisis, Belarusian GDP declined by only one percent in 2020, and the IMF expects full recovery in 2021 with growth of two percent. These relatively impressive numbers are explained by the fact that the Belarusian economy is commodity-based and has benefited from rising commodity prices over the past year. Belarus’s export prices have increased by more than 40 percent from 2020 as the prices of petroleum products and fertilizers have skyrocketed.

At the same time, the price of Belarus’s oil and gas imports from Russia has remained relatively stable and low. The faster the pace of oil and gas price rises on the world market, the larger the implicit subsidies Russia gives Belarus.

Belarus’s GDP was only USD 60 billion in 2020. In recent years, Russian total subsidies to Belarus have been assessed at USD 2 billion a year. If Western sanctions imposed this summer are fully implemented, they might deprive Belarus of USD 4 billion in export revenues and external financing.

Considering that Russia’s international currency reserves amounted to USD 614 billion at the end of September 2021, and that Russia spends an estimated USD 5 billion a year from its federal budget on Crimea alone, Russia can certainly boost its subsidies to Belarus to USD 6 billion a year if necessary. Given the sharp price rises for Belarusian exports, that will hardly be necessary.

Nor is the public debt of Belarus cumbersome. At the end of 2020, this stood at 37 percent. The annual debt service amounts to about USD 3 billion a year, which is quite bearable.

While the financial burden for Russia might be manageable, Western sanctions related to Belarus should impose greater costs on Russia. Since Lukashenka is effectively a client of Putin, Russia should be punished for interfering in Belarus. Further Western sanctions should deter the Kremlin from such interference.

The first targets should be four Russian state-owned banks in Belarus that account for about one-fifth of the banking assets and support Russian state companies in Belarus and their possible takeovers of Belarusian companies.

Increasingly, Putin is delegating foreign policy to Russian businessmen. This offers him plausible deniability, while the businessmen are interested in pursuing his cause by enriching themselves.

For Belarus, Putin appears to have selected three top businessmen. The central Kremlin figure is German Gref, the long-time CEO of Sberbank, Russia’s dominant state bank. Sberbank has refused to enter Crimea or occupied Donbas for fear of being sanctioned. Gref is a frequent visitor to Lukashenka, and he has provided multi-billion-dollar loans to two Russian businessmen with major interests in Belarus.

One of these businessmen is Mikhail Gutseriev, a Russian multi-billionaire in the oil sector who has invested in the Belarusian petrochemical industry. For that reason, the EU and the UK have sanctioned him, but the United States has not yet done so.

The other major Russian businessman reportedly eyeing Belarus is Dmitry Mazepin, who is originally from Belarus. Currently, he is the owner of the Russian companies Uralkali and Uralchem, which seem prepared to take over Belaruskali and Hrodno Azot respectively, with Sberbank funding. The united West should make clear to these men that such actions would result in sanctions.

The Belarusian economy might be sustainable, but Western sanctions can make it toxic for Russia to continue propping up the Lukashenka regime.

Russian anti-aircraft missile crews arrived at a new base in Belarus last week as Vladimir Putin continues to transform his small western neighbor into an unofficial extension of Russia’s Western Military District.