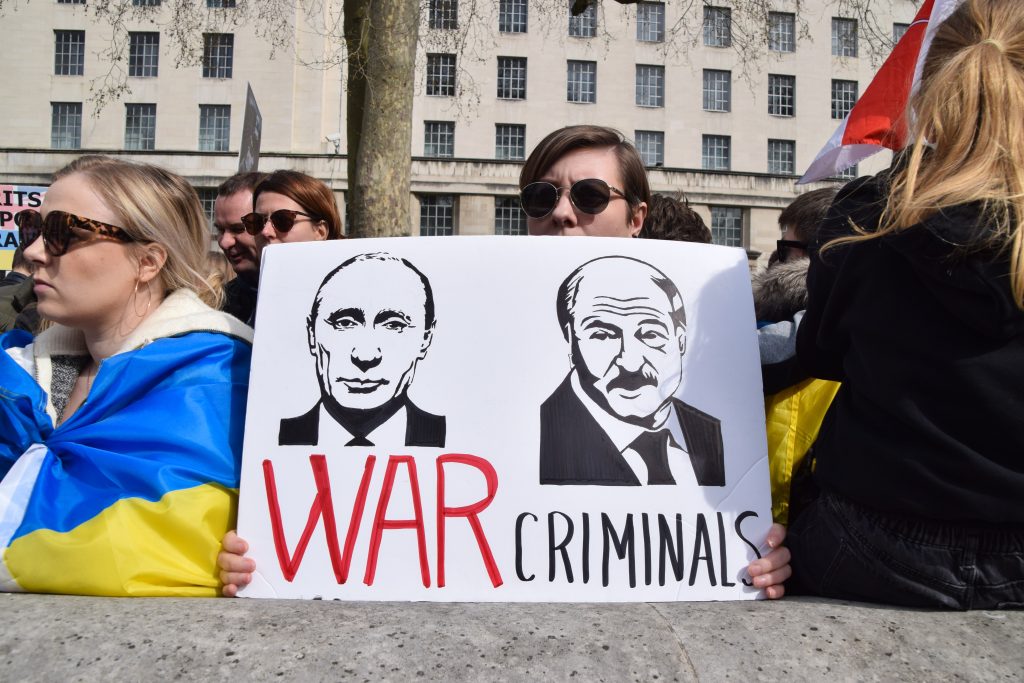 The autocratic regime of Alyaksandr Lukashenka has apparently decided to take off the gloves when dealing with Belarusian citizens who have been acting to disrupt Russia’s invasion of Ukraine.

The Belarusian parliament is considering legislation that would impose the death penalty on those convicted of attempted acts of terrorism, including the sabotage of rail lines to disrupt the movement of Russian troops to Ukraine. If enacted, this would mark a dramatic expansion of Belarus’s existing death penalty law, which currently restricts capital punishment to a small number of serious offenses including acts of terrorism that result in loss of life, particularly brutal killings, and multiple murders.

Vladimir Andreychenko, the speaker of Belarus’s lower house of parliament, made clear whom the change in the death penalty statute was directed against. “Destructive forces are continuing terrorist extremist activity by trying to rock the situation in Belarus, provoking domestic instability and conflicts,” Andreychenko said. “Actions are being taken to disable railway equipment and tracks, objects of strategic importance. There can be no justification for the actions of terrorists.”

The measure passed Belarus’s lower house of parliament on April 27. It must still pass the upper house and be signed by Lukashenka before it becomes law.

The threat of capital punishment for railway saboteurs is not the only way the Lukashenka regime is seeking to deter anti-war activists. Ukrainian military intelligence says that internet connections in Belarus are being disabled in some regions in order to conceal the movement of Russian military equipment through the country, Ukrayinska Pravda reported. This appears designed to make it more difficult for Belarusian activists to monitor, expose and disrupt the movement of Russian troops and military hardware.

“The KGB of Belarus and the FSB of Russia are trying to limit the communication of patriotic citizens and prevent the dissemination of information on social networks about the movement of Russian military equipment across the territory of the republic,” the Main Intelligence Directorate of the Ukrainian Ministry of Defense announced on Telegram.

In one sense, the latest moves by the Lukashenka regime are a case of the dictator striking back against the surprising, and surprisingly effective, campaign by Belarusian citizens to disrupt Vladimir Putin’s ability to use Belarus as a platform for his war in Ukraine. In addition to railway workers sabotaging rail lines carrying Russian troops, activist groups like the Cyber Partisans have hacked the country’s transport system. Meanwhile, hundreds of Belarusian volunteers have joined brigades to fight on the Ukrainian side in the war.

Lukashenka’s recent steps are also an act of desperation. Public opinion polls consistently show that Belarusians are opposed to Russia’s war in Ukraine and staunchly object to Belarus facilitating or participating in the invasion. Lukashenka’s supporting role in Putin’s war has breathed new life into the Belarusian opposition, which had been largely muzzled by a brutal Kremlin-backed crackdown in the wake of massive street protests following the stolen Belarusian presidential election in August 2020.

The Belarusian opposition is clearly aware of the opportunities presented by domestic disquiet over Putin’s war. “The fate of Ukraine and the fate of Belarus are interconnected and we will stand with Ukrainians through these perilous times,” exiled opposition leader Sviatlana Tsikhanouskaya said in a speech at the Ottawa Conference on Defense and Security in March. “History will judge us, not for our words but for our deeds. History will show whether the world united in defense of freedom and democracy, or whether we allowed aggression to win because we acted too late or too little. Let’s write history today and stand together against darkness.”

The Russian invasion of Ukraine has shifted the tectonic plates of geopolitics. This is most immediately apparent in the former Soviet Union. The war is shifting and recalibrating the calculus of authoritarian regimes like Lukashenka’s as well as the activists who oppose them. And it is changing everybody’s estimation of Russia’s real power in the region.

“Mr. Lukashenko is an accomplice to Mr. Putin’s war, and should end up in the dock with him as a war criminal,” The Washington Post opined in an editorial on May 2. With nowhere else to turn, Lukashenka is now reverting to his default setting of repressing his own people and tightly embracing his master in the Kremlin.