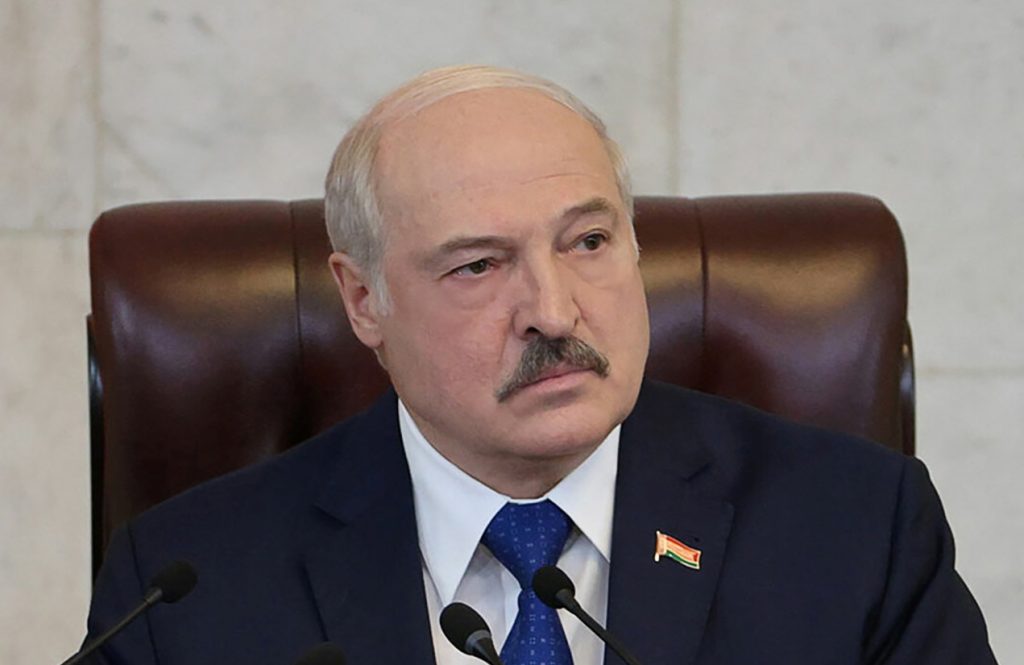 With Alyaksandr Lukashenka, it is often difficult to separate the signal from the noise.

One day he is lamenting that Russia’s war in Ukraine “has dragged on” for too long, is not going according to plan, that Belarusians “categorically do not accept any war,” and that “the West can sleep peacefully.” Those remarks, made by Lukashenka in an interview with the Associated Press on May 5, seemed to be a thinly veiled criticism of Moscow and an attempt to distance himself from Vladimir Putin’s flailing war.

But just days later, on May 10, Lukashenka boasted that Russia had agreed to help Minsk produce mobile ballistic missiles similar to the Iskander. At the same time, his military chief Viktor Gulevich announced the deployment of special forces to the Ukrainian border to counter the West’s “build-up of their military presence on the state borders of Belarus.”

For the famously mercurial Lukashenka, of course, the bar for what constitutes erratic behavior and over-the-top contradictory rhetoric has always been exceedingly high. But in recent weeks, he seems to be clearing it with ease.

Lukashenka’s dizzyingly conflicting words and deeds are a function of his preternatural instinct for self-preservation operating in the context of the fog of war. He has repeatedly demonstrated in the past that he is a ruthless and cynical survivor. But in the current wartime environment, he does not appear to know what he needs to do in order to survive.

Lukashenka understands that Putin’s war is going poorly and is unpopular in Belarus. He also understands that he is viewed in Western capitals as a co-aggressor in the conflict for allowing Putin to use his territory as a platform and staging area to attack Ukraine. This could leave him vulnerable to prosecution for war crimes.

In their May 8 statement, G7 leaders made clear that Lukashenka must answer for his role in the war. “We will spare no effort to hold President Putin and the architects and accomplices of this aggression, including the Lukashenka regime in Belarus, accountable for their actions in accordance with international law.” Writing on his Telegram channel, political commentator Siarhei Naumchyk said this statement constituted “a black day for Lukashenka.”

The Belarusian autocrat’s survival instincts therefore tell him he needs to distance himself from Putin’s war.

But at the same time, Lukashenka also understands that he has no allies other than Putin. He knows that his brutal crackdown on pro-democracy protests along with the hijacking of a Ryanair flight in May 2021 and his manufactured migrant crisis have made him a pariah in the West.

Lukashenka is well aware that even before the war, in an act of desperation, he allowed the Kremlin leader to expand Russia’s economic, political, and military presence in Belarus resulting in an effective soft annexation of his country. He is stuck in a shotgun marriage with Vladimir Putin, has little agency of his own, and is at the Kremlin’s mercy. So Lukashenka’s survival instincts are also telling him that he needs to embrace Putin and his war.

The result of these contradictory survival instincts is the geopolitical schizophrenia we have recently been witnessing from Lukashenka and will continue to witness. It is the inevitable outcome of a dictator’s dilemma of his own making.

In the coming weeks and months, Lukashenka will continue to bob, weave, and send contradictory and bewildering signals. He may even try to revive the maneuver he pulled off in the aftermath of Russia’s 2014 annexation of Crimea and armed intervention in the Donbas, when he presented himself as a friend of the West and an honest broker in the conflict between Moscow and Kyiv.

Nobody should be fooled this time by such posturing. Lukashenka is a co-aggressor in Putin’s war. He allowed the Kremlin autocrat to use his country’s territory to stage an illegal invasion of a sovereign and democratic country. He let Belarus become a platform for Russia to bomb Ukrainian cities and villages.

Lukashenka is directly responsible for the deaths of thousands of innocent Ukrainian civilians. Like Putin and others in the Russian chain of command, he should be held accountable. Separating the signal from the noise with the Belarusian dictator is never easy. But it is absolutely necessary.

Image: Belarus dictator Alyaksandr Lukashenka delivers a speech during a meeting with parliamentarians, members of the Constitutional Commission and representatives of public administration bodies, in Minsk, Belarus May 26, 2021. (Press Service of the President of the Republic of Belarus/Handout via REUTERS)