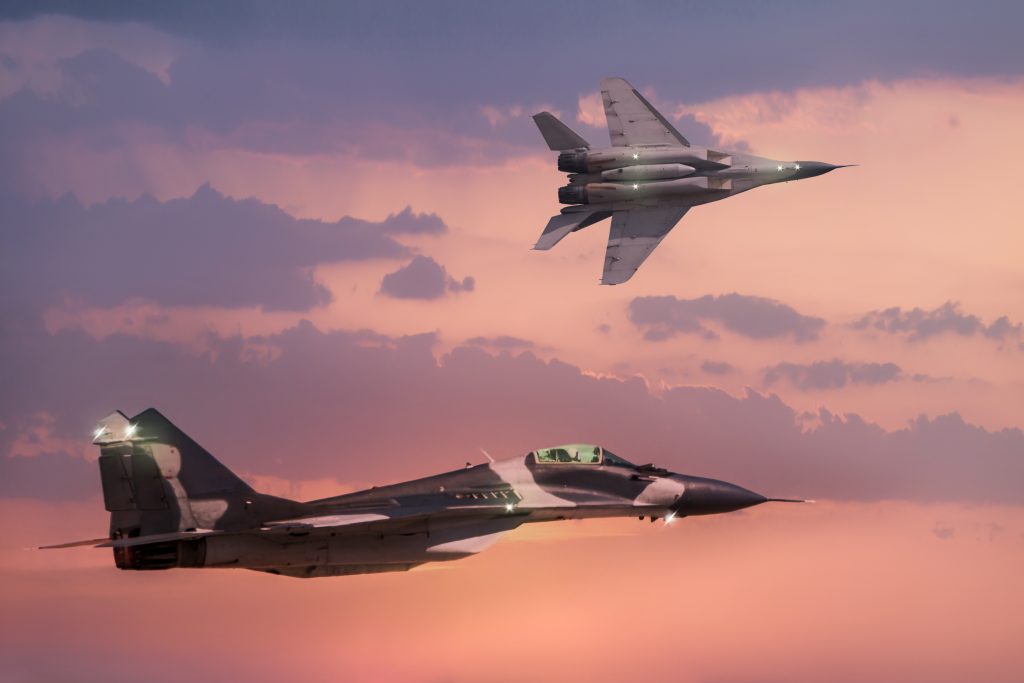 As Russian forces shell civilian buildings in Ukraine and threaten a nuclear escalation, Western countries are realizing that the flow of capital and technology into Russia needs to be tightened drastically. In due course, the United States imposed export controls on dozens of Russian entities. These new export controls aim to degrade Russia’s military capabilities and make Ukraine’s invasion unsustainable.

Following this strategy, the US Commerce Department’s Bureau of Industry and Security (BIS) published an updated entity list on March 3rd, which includes a total of 392 Russian entities subject to US export control requirements. Out of the 392 companies, 126 were added in 2022 — a sharp escalation of export controls imposed on Russia. By adding these entities to the BIS entity list, the US government requires US citizens and companies to obtain license requirements before exporting, reexporting or transferring specific items to any of them. Items include products that could enhance Russia’s military capabilities, such as electronics, computers, sensors, lasers and avionics.

What Types of Russian Entities Are Subject to US Export Controls?

As the visual below shows, the most commonly designated entities belong to the tech, energy, scientific research, shipbuilding, and aircraft manufacturing industries. Notably, the BIS list includes companies that operate at the intersection of civilian and military sectors. For example, United Aircraft Corporation, which was added to the list in 2022, makes civilian as well as military aircraft. Similarly, United Shipbuilding Corporation, which was also added to the list in 2022, manufactures military and commercial products. Thus, even if listed entities manufacture non-military products, they are included in the list because they still contribute to advancing Russia’s defense capabilities.

Just this year, the Commerce Department added 26 Russian tech companies to the BIS list, including manufacturers of computers, semiconductors, and other electronic components. Notably, the United States went as far as to ask other dominant producers of semiconductors and high-tech products — Taiwan, Singapore, and Japan — to impose export controls on Russia. In response, Taiwan’s Ministry of Economy stated on February 7th that Taiwanese companies, including the Taiwan Semiconductor Manufacturing Company (TSMC), which produces 90% of chips in the world and builds many of Russia’s central processing units, would comply with US export control requirements.

Export controls will cripple Russian tech companies’ operations, especially those  dependent on imported semiconductors. For example, Russian microprocessors producer Baikal Electronics, which was added to the BIS list in February, will no longer receive semiconductors from TSMC. Baikal will also be unable to use chips from local producers because they are outdated — Russian semiconductor manufacturer Mikron produces chips that Intel was capable of producing  twenty years ago. The alternative is China, which currently lacks the know-how of advanced chip manufacturing but still has the capacity to supply Russia with less advanced chips.

Thus, even if Russian tech companies find alternative chip suppliers, it will take years for Russian and Chinese manufacturers to achieve the level of sophistication Taiwanese and American semiconductors offer. Furthermore, the United States recently warned Chinese companies that it would cut the PRC off from American software and equipment if they supply Russia with chips.

Energy companies are the second most commonly listed Russian entities in the BIS list. The highest number of energy company designations occured in 2016 — when the BIS added Gazprom and all of its subsidiaries to the list following Russia’s annexation of Crimea. By designating these companies, the US government prohibited American entities from exporting items that would be used for exploration or production of oil or gas in Russian deepwater or Arctic offshore locations. The goal of energy export controls in 2016, similar to 2022, was to reduce oil revenue for the Russian government, given that revenue from state-owned energy companies funds the Russian military.

Following Russia’s invasion of Ukraine in 2022, the BIS added more energy companies to the list. The aim is to degrade Russia’s oil refining capacity and reduce Russia’s status as a leading energy supplier. Remarkably, the Biden administration’s action against the Russian energy sector went beyond export controls and included a ban on Russian oil altogether. Even the EU, which is far more dependent on energy than the US, recently sanctioned investments in the Russian energy sector. Although the EU stopped short of an oil ban, it has started looking for alternatives to thwart Russia’s ability to weaponize its energy dominance. If Europe manages to minimize dependence on Russian oil and gas, it will also lessen energy revenue for the Russian government, and by extension reduce financing for the Russian military.

Russian scientific research institutes featuring in the BIS list often use research to advance Russia’s defense capabilities. For example, Nizhegorodsky Scientific Research Institute of Radiotechnics (NNIIRT), which was added to the list in 2016, specializes in the development and production of radar equipment. NNIIRT is a subsidiary of Almaz-Antey, the Russian defense company with the mission of developing Russia’s defense-industrial complex. Thus, export control requirements aim to thwart research institutes’ access to US technology that might be used for research or production of military equipment that poses a threat to US national security.

Companies that build civilian and military ships and aircraft have been another popular target of US export controls in early 2022. These resulted in delays in manufacturing with almost immediate effect. For example, Irkut Corporation, which produces military as well as civilian aircraft and was added to the entity list on February 24, might not be able to purchase aircraft parts to launch its MC-21 jetliner this year. One of the two engine choices for MC-21 is supposed to be provided by American company Raytheon Technologies Corp, which hasn’t commented on its plan of action yet. With more export controls being imposed on Russian aerospace companies by the US and EU, and China refusing to supply aircraft parts, Russia will have to start manufacturing aircraft parts locally, but this will take years and might result in inferior products.

US export controls imposed on Russia in response to Russia’s invasion of Ukraine have been swift and well coordinated with allies. As soon as the Russian military depletes its current equipment, they will find it difficult to obtain critical technology for upgrading and maintaining aircrafts, ships, and weaponry used for waging an unjust war on Ukraine. Beyond the defense sector, export controls might become a key contributor to the degradation of the Russian economy, given that they would prevent Russia from obtaining the latest generation technologies. Finally, two key issues to watch out for are (1) whether the US and allies ensure successful enforcement of export controls and (2) whether Chinese companies supply chips to Russia while facing the risk of exposing themselves to similar US export controls.

Maia Nikoladze is a Program Assistant with the Economic Statecraft Initiative at the Atlantic Council’s GeoEconomics Center.