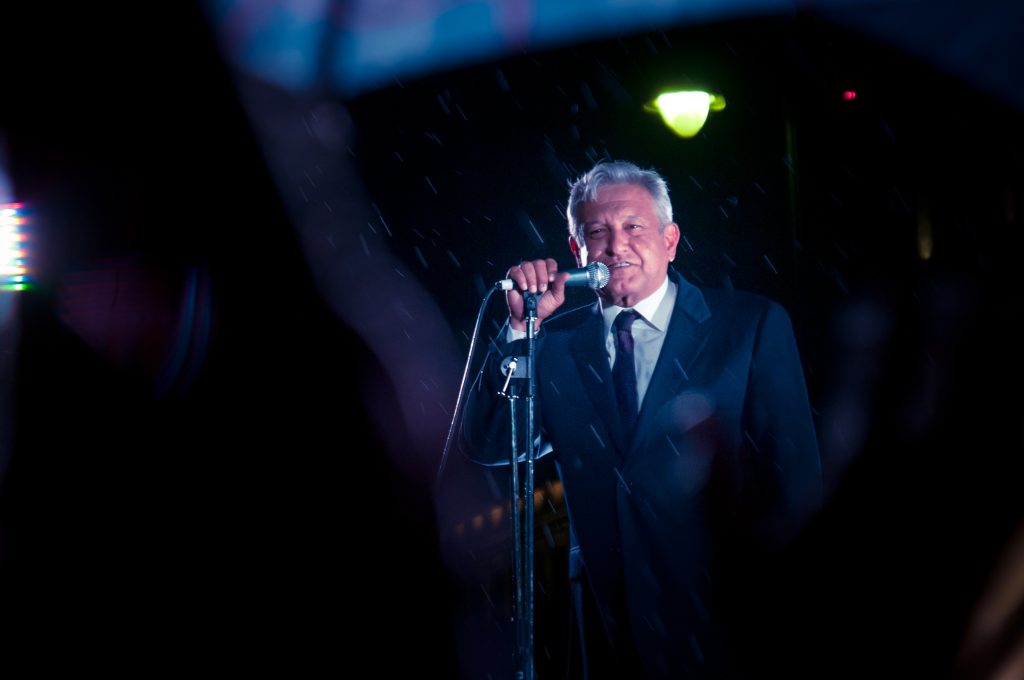 In the months since President Joe Biden and Andrés Manuel López Obrador (AMLO) last met (and since we wrote on that meeting), energy has moved back to the top of the agenda. US partners around the world increasingly recognize the tremendous investment necessary to meet our critical needs for energy security, affordability, and sustainability, and the need for international cooperation to get there. But not Mexico. In those intervening months, Mexico has continued its inward pivot and pushed partnership with the US further away. AMLO’s recent refusal to attend the Summit of the Americas in Los Angeles, when other leftist political leaders in Latin America were not invited due to their human rights records, was the most public snub to date.

The fundamental tension lies in the AMLO Administration’s ongoing efforts to undo the 2013 Mexican Energy Reforms in all but name amid attempted re-nationalization of Mexico’s energy sector. These efforts have left his administration embroiled in legal disputes with both US and international private investors, a situation over which the Biden Administration has voiced its concerns for several months.

Energy is core to AMLO’s vision for Mexico and to his own ideology. He views successive “neoliberal” reforms of the energy sector that allowed for private investments and eventually competition as corrupt and fundamentally counter to state interests. His solution is reasserting the dominance of state-owned Petróleos Mexicanos (Pemex) and Comisión Federal de Electricidad (CFE). On one hand, that has led to billions of dollars in fiscal injections to those companies to shore up their struggling finances while doing nothing to improve their profitability and, on the other hand, systematically sidelining private players in areas in which they compete with the state champions. The casualties include all types of energy—wind, solar, natural gas, and refined US products—and the companies and consumers that rely on that energy. All of this means that Mexico is moving away from climate mitigation, and its own legally binding emissions reductions targets, as it spurns clean energy investment in favor of state-owned inefficient coal and fuel oil plants.

Mexico’s future economic prosperity is at risk. At a time when energy prices are at record highs, Mexico risks taking itself out of what could be a North American manufacturing renaissance. Mexico needs massive investment to provide its citizens and industry with reliable, affordably priced, and environmentally friendly energy. In principle, that creates room for state financial support for Pemex and CFE in a manner more aligned with AMLO’s world view (which he did win a popular mandate to pursue) alongside private companies that bring the capital, expertise, and technology that the state companies lack. In practice, however, AMLO’s attempts to favor Pemex and CFE have led to repeated blatant violations of Mexico’s obligations under the United States-Mexico-Canada Agreement (USMCA) and of Mexican law, efforts to carve out energy from USMCA, capture of once-independent regulatory agencies, and pressure on the judiciary.

For its part, the Biden Administration was initially reluctant to prioritize energy issues. The bilateral agenda is packed, and there are other real humanitarian crises of security and immigration with which to contend. Yet what happens in energy does not stay in energy. The Biden Administration’s strategy to help manage immigration through economic opportunity and climate action is undermined by weak rule of law in the Mexican energy sector. Meanwhile, the mounting detrimental impacts of Mexican energy policies on the US economy, energy security, climate, and credibility of USMCA enforcement has led to bipartisan Congressional backlash.

Crucially, Climate Envoy Kerry recognized that backsliding on energy investment was unraveling Mexico’s climate commitments—specifically crushing renewables despite the country’s staggering potential—and raised the issue directly with AMLO. Kerry’s long coattails recently facilitated an encouraging start to provide relief for around $30 billion in US investment, according to U.S. Embassy Mexico City figures, a tactical win-win for both governments. In addition, United States Trade Representative (USTR) Katherine Tai has helpfully signaled that diplomacy is not the only US option. She has made clear that some of the AMLO Administration’s actions in the energy sector violate USMCA and is reportedly pursuing formal consultations, which could lead to retaliatory sanctions.

Nonetheless, AMLO has dug in on his state-centered energy strategy, leaving disputes simmering with the United States on energy security, climate, and trade relations. But while friction is high, there is opportunity for the Biden and AMLO administrations to understand each other’s perspectives and legitimate concerns, and produce sustainable outcomes which might reset the bilateral relationship around energy.

As AMLO visits the White House this week, areas to watch are:

Much rides on the Biden-AMLO meeting, and the stakes could hardly be higher. The Biden and AMLO Administrations can chart a more proactive, collaborative course on energy policy which supports their shared goals. As climate change accelerates and a worsening energy supply crisis engulfs the world, it is more essential than ever for the US and Mexico to work constructively on these issues and overcome differences of opinion wherever possible.

Neil Brown served on the senior Republican staff of the Senate Foreign Relations Committee and is currently a nonresident senior fellow at the Atlantic Council Global Energy Center and managing director at the KKR Global Institute.

Andrea Clabough is an associate at Goldwyn Global Strategies, LLC and a nonresident senior fellow at the Atlantic Council Global Energy Center.

Mexico’s recent climate and energy measures will cause economic harm, set back emissions reduction efforts, and strain the country’s relationship with the US. The Biden administration must be clear that these nationalistic policies, which contravene the United States-Mexico-Canada Agreement, will not be tolerated.

Colombia can lead the energy transition in Latin America

Colombia’s geography gives it a chance to take a leadership role in Latin America’s energy transition. But to do so, Colombian leaders will first need to address indigenous concerns, remove barriers to investment, and fix long-standing mismanagement issues.

The US should leverage 45Q for the graphite supply crunch

The US is staring down a significant shortfall in the supply of graphite, a critical mineral to the energy transition. Synthetic graphite production using captured carbon could be the way forward, and the 45Q tax credit is the best tool policymakers have to stimulate it.