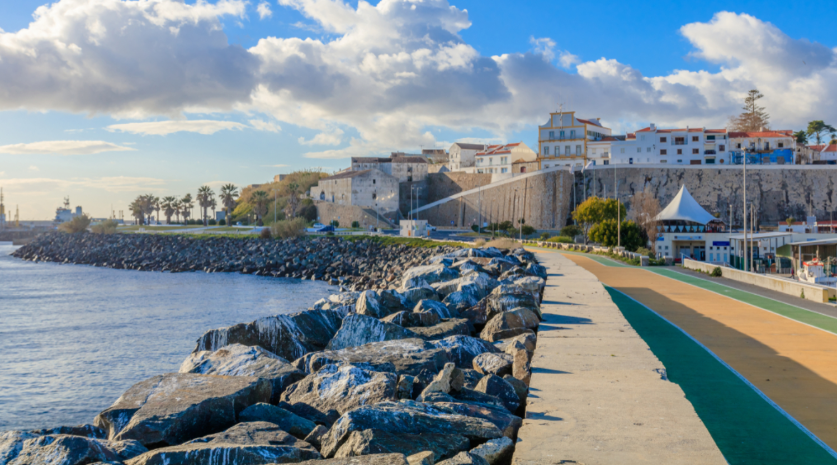 The European Union (EU) currently relies on a small number of external suppliers to meet its energy needs. Among them, Russia dominates in export market share for crude oil (30 percent), solid fuels, mostly coal (39 percent), and natural gas (40 percent). To minimize reliance on foreign gas imports, the EU should increase liquefied natural gas (LNG) imports to Europe, expand gas storage capacity, and further develop energy distribution mechanisms across Member States through grid interconnection and pipeline investments. In light of current natural gas production growth, a trend expected to continue into the future, the EU can diversify its energy mix and reduce its dependence on unreliable foreign suppliers often connected to governments with illiberal and authoritarian tendencies.

Portugal, with direct access to the Atlantic, is in an excellent position to become an important continental European LNG entrance point as well as a key gas distribution and bunkering hub serving LNG-powered maritime traffic to, and from, Europe. Portugal has the advantage of being at the center of inter- and intra-oceanic LNG routes that connect Europe, Asia, Africa, and the Americas. Additionally, the Portuguese coast is located between two Emission Control Areas, but is not included in either. These areas are important for environmental safety, because they mandate strict controls over the emission of sulfur and nitric oxide, ozone depleting substances, volatile organic compounds, as well as shipboard incineration. Portugal adheres to the 2016 European Union Sulfur Directive, and therefore must comply with a 0.5% mass by mass (m/m) emissions ceiling, as determined by the International Maritime Organization. There are open questions regarding the environmental consequences of using LNG to power maritime traffic, which include methane leakage and slip that can occur during transportation, bunkering and on-board combustion, and LNG greenhouse gas emissions. However, the environmental benefits of using LNG as fuel are significant in comparison to diesel fuel; LNG emits approximately 90 percent less nitric oxide, 20 percent less carbon dioxide and negligible amounts of sulfur oxide.

These advantages are complemented by the deep-water Port of Sines, located on Portugal’s south-central coast, 58 nautical miles from the capital, Lisbon. In early 2020, after Chinese state-owned companies like China COSCO Shipping and Shanghai International Port Group expressed interest in expanding their role in port management and growth, Dan Brouillette, US Secretary of Energy, visited Sines. This trip served to strengthen Washington’s position to the Portuguese government about the importance of this entry point for LNG in Europe. While on site, Secretary Brouillette stated that the presence of US companies underscored “a very strong American interest in [the] port.” Echoing that statement, Portuguese Minister for Infrastructure Pedro Nuno Santos affirmed that US interest in the Port of Sines is an opportunity “[Portugal] must seize.” And Chinese commercial interest in European ports is not exclusive to Portugal. For example, COSCO Shipping Ports Limited, part of China COSCO Shipping Company, has demonstrated increasing interest in terminals across Europe, acquiring stakes or otherwise investing in port assets in Bruges, Antwerp, Bilbao, Valencia, Liguria, among others sites.

The European Commission supports the development of infrastructure that would expand continental access to Iberian energy. One such project is the installation of a compressor station in Cantanhede, Portugal; pipelines would connect Cantanhede to Mangualde (TRA-N-285), and nearby Celorico da Beira to Zamora, Spain across the border (TRA-N-283). Others similar energy access projects include the construction of the Guitiriz-Zamora-Adradas pipeline (TRA-N-950), which would help facilitate Iberian gas transport to the French border, and the Franco-Spanish MidCat (Midi-Catalonia) gas interconnector, an EU Commission “Project of Common Interest.” However, development of the latter has stalled, as Spanish and French energy regulators considered the project too expensive and unpractical. If and when MiddCat is completed, the logical next step would be to build infrastructure that would enable gas transport from Sines to Barcelona, via Huelva, Córdoba, or Badajoz. Notwithstanding potential economic roadblocks, this appears to be the most practical course of action; Badajoz sits on the Portuguese border and is already connected to the Carriço underground gas storage facility in Portugal. Connecting the Portuguese coast to Southwestern France, and from there to the rest of Europe, would help further diversify continental energy sources and suppliers.

When asked about company strategy, Mr. Piotr Wozniak, president of the Polish state-owned energy company PGNiG, stated “forget about Eastern suppliers and especially about Gazprom.” With regard to US LNG imports, Wozniak asserted that “[i]f I pay to Americans, I pay to my NATO allies.” One of the main points of entry for US LNG to Europe is the Port of Świnoujście, located on Poland’s Baltic coast. The recipient of a €130 million investment from the European Regional Development Fund, this port provides LNG to Poland, and from there, directs piped gas to the Baltic States, Slovakia, the Czech Republic, and Ukraine. Sines can have a similar effect. It is a convenient entry point for trans-Atlantic LNG providers, particularly NATO allies. It can help increase the supply of natural gas in Southwestern Europe, which is significant considering Portugal is the seventh-most energy dependent EU Member State by percentage, and serve as a growth engine for the Portuguese economy.

With the potential to serve as a key LNG access point to Europe, Sines, and Portugal writ large, are in a privileged position to become key guarantors of European energy security.

Dr. Ricardo Silvestre is a senior official in the Portuguese government and an international officer with Movimento Liberal Social, a Portuguese political think tank.