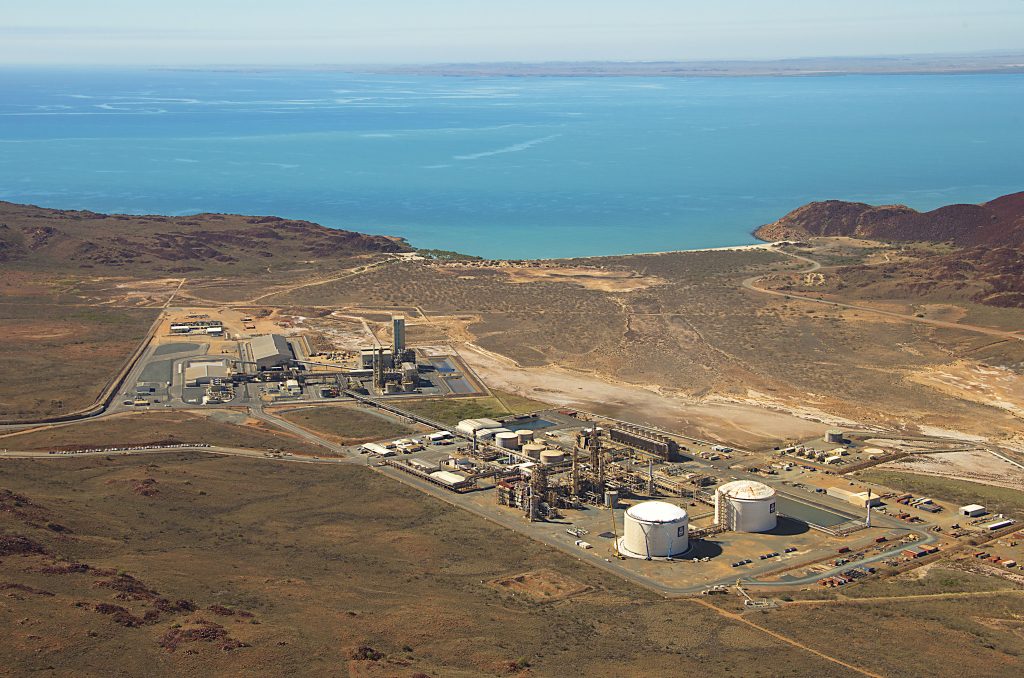 Before the July 2019 release of Australia’s National Energy Strategy, the government had already authorized AUD 500 million (USD 355 million) for hydrogen projects. Subsequently, hydrogen was included in the Australian government’s 2020 investment package for new energy technologies (AUD 1.9 billion/USD 1.35 billion). Of that amount, AUD 70.2 million (USD 53.3 million) is dedicated to hydrogen export hubs. Likewise in 2020, the Australian Renewable Energy Agency (ARENA) solicited proposals for an AUD 70 million (USD 53.1) funding round to support projects with electrolyzers sized at over 5 megawatts (MW) and powered by renewable electricity through power purchase agreements or green certificates.

Australia is well-endowed with natural resources—including uranium, as well as coal and natural gas—for production of conventional energy. Australia is also rich in minerals, notably iron ore, and has a core competence in mining that plays a huge part in its export trade.

Clearly, integration of renewables in the power sector can contribute to the decarbonization of the Australian economy. In its 2020 Integrated Service Plan for the National Electricity Market, the Australian Energy Market Operator (AEMO) calls for 26 gigawatts (GW) of grid-scale variable renewable energy to replace the 15 GW, or 63 percent, of Australia’s coal-fired generation set to retire around 2040. Regarding natural gas, the Australian Gas Infrastructure Group activated a 1.25 MW electrolyzer in May 2021 in order to produce renewable hydrogen for blending (at the 5 percent level) in an existing gas network that serves seven hundred residential and various industrial customers. This is just the beginning. The industry’s Gas Vision 2050 looks to conversion of entire gas networks to carbon-free hydrogen and biogas in the next ten to twenty years. It is well understood that domestic hydrogen demand will support export growth, and hydrogen exports are clearly a priority for Australia. Consequently, the hydrogen production and hydrogen export businesses are evolving in parallel.

LNG has been an increasingly important export for Australia since 2003-2004, when exports stood at 7.1 million tonnes (Mt). In 2021, export volumes are expected to be approximately 80 Mt. Natural gas is liquefied and shipped in tankers from ten Australian production plants through oceanic channels to LNG import terminals, where it is regasified for distribution and use. Australia’s successful AUD $50 billion/year LNG export story provides a business model for its nascent hydrogen industry.

Like natural gas, hydrogen can be stored for delivery, shipping, and use. It can be liquefied via compression or cryogenic cooling. It can be converted into an energy carrier such as methanol, a liquid organic hydrogen carrier (LOHC) such as methylcyclohexane, or ammonia (NH3), the world’s second-most widely produced chemical. Ammonia is used globally as a fertilizer and can be employed as a fuel for many applications. Shipping ammonia is commonplace today.

How did Australia’s hydrogen interests and ambitions evolve?

A May 2003 conference provided the foundation for the Australian Government’s October 2003 National Hydrogen Study, which concluded that Australia should prepare for a possible long-term transition to a hydrogen economy. Active in the international research community, Australia hosted the 2008 Brisbane World Hydrogen Energy Conference and the 2015 Sydney World Hydrogen Technology Convention. During a technical session at the latter conference, the ordinarily reserved audience vocally objected to a presentation detailing the export of hydrogen produced from brown coal, calling instead for the export of climate-friendly “green” hydrogen. Thereafter, Australia has been swift to take action in the public and private sectors at state, national, and international levels. But use of brown coal, gasified with carbon capture and storage (CCS), still figures largely in hydrogen export planning. Indeed, the Hydrogen Energy Supply Chain (HESC) Project intends to ship liquefied hydrogen produced from brown coal with CCS from Australia to Japan.

In the policy domain, the state of South Australia released its Hydrogen Roadmap for South Australia in 2017. In 2018, ARENA supported preparation of the report Opportunities for Australia from Hydrogen Exports. In June 2019, as Australia’s LNG exports momentarily propelled it (on an annualized basis) to the top of the LNG export chart ahead of Qatar, the International Energy Agency (IEA) released the Japan-funded report The Future of Hydrogen at the G20 conference in Karuizawa. Building on this momentum and envisioning Australia as a dominant export player by 2030, the Council of Australian Governments published the National Hydrogen Strategy in July 2019. The Morrison government’s first Low-Emissions Technology Statement in September 2020 targeted hydrogen production under $2 per kilogram (kg)—“H2 under $2” (USD 1.4/kg)—as one of its priorities and a key success factor for Australia’s hydrogen export strategy.

Looking ahead, AEMO’s 2020 Integrated Service Plan observes that an emerging global hydrogen economy may offer strategic opportunity for a new energy-intensive export industry. In parallel, countervailing forces—such as possible federal and state policies restricting natural gas availability, limits on international free trade, underwriting investments, and/or setting new emission or renewable energy targets—may diminish prospects for existing energy exports. As preparation for its 2022 Integrated System Plan, AEMO included an “Export Superpower” scenario proposing nine ports as hydrogen export candidates in its Draft 2021 Inputs, Assumptions, and Scenarios Report. To put it in perspective, Australia exported 78 Mt of LNG in 2020. While global market demand for hydrogen is estimated at 100 Mt in 2021, the IEA says global demand should increase to 212 Mt by 2030 and 528 Mt by 2050 in order for the world to reach its net-zero climate change goals.

The recent King review on additional sources of low-cost abatement underscored the overall importance of transformative technology solutions like hydrogen that are at, or near, commercial availability.

In the research arena, Australia assumed a key role in Mission Innovation (MI), becoming a co-leader of the Hydrogen Innovation Challenge (Innovation Challenge 8: development of a global hydrogen market) in May 2018. Also in May, the generous support of ARENA, Curtin University, and the Australian Association of Hydrogen Energy (AAHE) allowed Australia to continue IEA research activities. In July 2021, the century-old Commonwealth Scientific and Industrial Research Organization (CSIRO) announced a two-year AUD 5 million (USD 3.7 million) CSIRO program to strengthen the nation’s hydrogen industry by supporting international research, development, and deployment collaborations.

Hydrogen Mobility Australia was established in 2017. Like its sister organizations worldwide, it was created to accelerate the commercialization of hydrogen and fuel cell technologies. A name change in October 2019 reflected the organization’s growth and industry prospects. Today, the now Australian Hydrogen Council (AHC) is about sixty members strong. As well, the Smart Energy Council and the AAHE cooperated in August 2019 to create an advocacy and certification initiative branded as “Hydrogen Australia.”

Australian industry has embraced hydrogen full throttle. In 2020 alone, five of the world’s thirteen largest, newly announced renewable hydrogen projects were in Australia. The Asian Renewable Energy Hub (AREH) in Western Australia’s Pilbara region, introduced in 2014 and granted major project status by the federal government, is now engaged in the environmental approval process. The Australian projects—all gigawatt-scale—comprise over half (50 GW) of the world’s new green hydrogen electrolysis projects, bringing the total global capacity of planned and installed electrolysis projects to 80 GW. When approved, all of these projects will produce a mixture of hydrogen and ammonia (NH3), and all intend to see exports.

While Japan, the Republic of Korea, and China (three of Australia’s top trading partners) account for 70 percent of Australia’s coal and gas exports, they have already made commitments to use clean hydrogen to decarbonize their energy systems. Australia and Japan signed a statement on cooperation in hydrogen and fuel cells in January 2020. In building its hydrogen export industry, Australia seeks to capitalize on the competitive advantages of resources, relationships, and location—the same assets that contributed to building its LNG industry.

The new Australian projects will require significant investment, both public and private. The AHC insists that public funding (grants and concessional finance) is vital given the scale of the Australian infrastructure and supply chain needed to support export trade in hydrogen and ammonia.

Of course, Australia is not the only green hydrogen export contender. Competition is expected from other renewable energy-rich parts of the world such as North America, Latin America, and North Africa. Incentivized with proper financial support, bolstered by a favorable policy framework, and driven by a vigorous “can do” mentality, Australia should have a strategic “first mover” advantage. Beneficial experience with LNG export and climate-committed trading partners in the Asian market enhances this position. The rest of the world could learn a lot from this example. Australia did it before with LNG and can do it again with hydrogen.

Brief 2: Producing clean hydrogen at scale in the United States

This second brief in the Atlantic Council’s hydrogen policy sprint explores pathways for and the challenges and opportunities facing scaled clean hydrogen production in the United States.

Brief 1: Has hydrogen’s time come in the United States?

This first brief in the Atlantic Council’s hydrogen policy sprint examines the current state of hydrogen development in the United States and begins to explore pathways for clean hydrogen production across the country.

As COVID-19 enveloped Europe and the Americas, Ursula van der Leyen declared clean hydrogen energy “a pillar” of the European Union (EU)’s new industrial strategy. While COVID-19 will likely have significant effects on hydrogen’s success in Europe, it has nevertheless become a top EC energy priority.