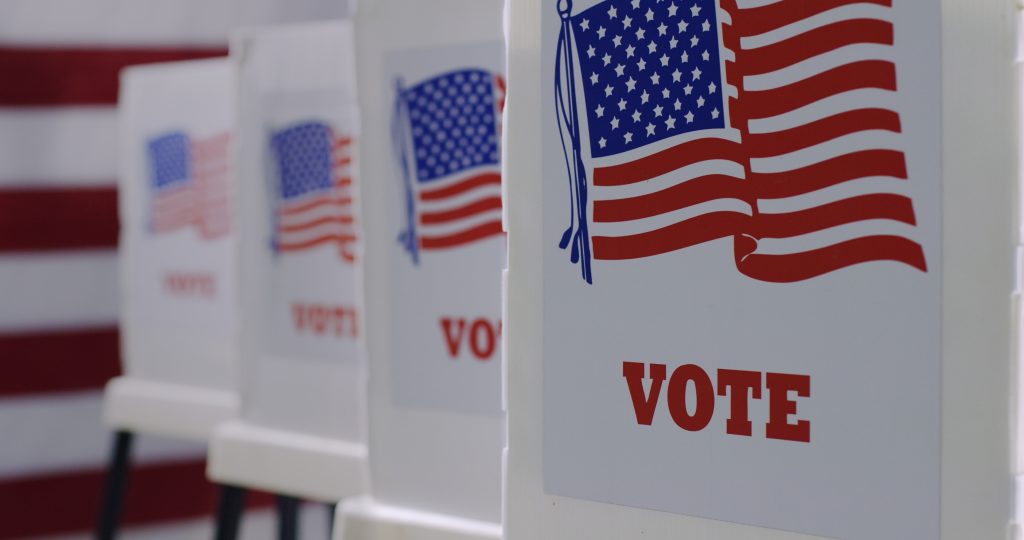 The 2020 US elections delivered some notable state and city-level wins for clean energy across the United States. Nevada—by passing the statewide Question 6 ballot measure—will raise the state’s renewable portfolio standard (RPS) to 50 percent by 2030. In Colorado, Denver’s Measure 2A authorizes the city to raise the sales tax from 8.31 to 8.56 percent in order to invest at least $36 million per year in renewable energy, clean transportation, and energy efficiency over the next twenty years. And Columbus, Ohio’s Issue 1—which passed with over 75 percent of the vote—will allow the city to contract with an energy supplier for 700 megawatts (MW) of locally sourced renewable electricity, positioning the state capital to establish the Midwest’s largest aggregation program and achieve 100 percent renewable electricity by 2023. However, even in states that delivered victories for clean energy, utilities will still play a key role in driving—or stalling—the clean energy transition. The complex history of clean energy policy in each of these states points to the divergent paths both cities and states can take to decarbonize and the importance of striking a delicate balance between government, utilities, and public interests.

Nevada serves as an example of how states can simultaneously capitalize on abundant renewable energy resources while also ensuring that companies with fossil fuel assets—like natural gas-fired power plants—are included in the energy transition. Nevada’s substantial solar and geothermal resources—combined with its deficit of fossil fuels—help sell the economic development and jobs creation case for clean energy. Likewise, the state’s measured legislation to protect utility interests serves a natural deterrent against special interest groups that might otherwise sabotage clean energy progress. Senate Bill (SB) 358—the piece of legislation passed unanimously by the State Assembly and Senate last year and the subject of the Question 6 ballot measure—garnered not only strong bipartisan support, but also the support of NV Energy, the state’s largest utility. Other recent legislation provides incentives for natural gas plants—Nevada’s primary source of electricity—to invest in renewable natural gas infrastructure. The state’s SB 154, passed last year, mandates that the Public Utilities Commission of Nevada allow natural gas utilities to recover the cost of investments in natural gas produced from biogas, as long as the utilities prove an environmental benefit to the state. Such measures build trust between utilities, legislators, and the public and drive sustainable progress.

Neither Colorado nor Ohio has reached Nevada’s level of renewables penetration, but Denver’s planned investments in clean technology and energy efficiency, and Columbus’s aggregation measure are just the latest in a series of shifts toward a cleaner energy future in both states. While it is important to note that Colorado remains firmly ahead of Ohio with regard to current progress and future goals to decarbonize the state’s economy, both provide useful case studies for how differing relationships between utilities, the government, and the public can spell success—or failure—for local clean energy agendas.

In Colorado, the state’s main utility, Xcel Energy, has already made significant strides to decarbonize its electricity generation. It was the first major US utility to declare a goal of 100 percent carbon-free electricity, and—since its 2018 pledge of 60 percent carbon emission reductions by 2030—it has moved to shut down coal plants in Colorado and invest heavily in renewables across its eight-state portfolio. The passage of Measure 2A in Denver indicates that, despite sales tax increases, city residents believe climate action to be enough of a priority that they authorized local government to invest millions of tax dollars a year in clean energy, efficiency, and other climate change mitigation efforts, which likely involves planning and implementation with Xcel. But the passage of the measure does not fully represent the relationship between Xcel and Colorado residents. In Boulder, a ten-year effort to separate from Xcel and establish a municipal utility came to an end this November. In 2010, Boulder’s city council had decided not to renew its franchise agreement with Xcel and levied a utility occupation tax to fund municipalization. At the time, proponents of municipalization had argued that a retail public utility would give the city the agility to drive innovation at a pace that vertically integrated investor-owned utilities—like Xcel—could not meet. However, after the city spent nearly $30 million over ten years, residents voted to pass Measure 2C this November, which enters Boulder into a new twenty-year franchise agreement with Xcel. While some climate voters were disappointed with its passage, others viewed it as a cost-effective measure to move forward on the city’s clean energy goals. Despite the city’s failure to municipalize, the strong public support for aggressive decarbonization helped push Xcel to commit to cutting carbon emissions in Boulder 80 percent by 2030. While Denver and Boulder pursued different approaches to advancing Colorado’s clean energy goals, the passage of both ballot measures demonstrates that the cities will work in tandem to hold Xcel accountable.

Ohio—once on track to drastically build out its clean energy sector through the passage of RPS and energy efficiency requirements in 2008—has struggled in recent years to keep up with states like Colorado. Ohio’s historically well-funded coalitions of state legislators, utilities, and anti-renewable groups helped freeze the state’s RPS in 2014 and pass a wildly unpopular 2019 bailout of the state’s coal and nuclear plants that is now the center of a $61 million racketeering scandal. These groups and their subsequent outcomes warn of the dangers associated with threatening utilities’ long-term assets. But the passage of Issue 1 in Columbus (alongside a similar aggregation measure in nearby Grove City) indicates the state might finally stop backtracking on clean energy policy. On November 4, AEP Energy Partners, a subsidiary of American Electric Power—whose Ohio arm was once a major contributor to lawmakers keen on reversing Ohio’s RPS—issued a request for proposals (RFP) for wind and solar purchase agreements to begin operation between 2021 and 2023. The RFP came shortly ahead of the November 12 release of the Marshall Plan for Middle America, a proposal by mayors from Ohio (including Columbus, Cincinnati, Dayton, and Youngstown), Kentucky, Pennsylvania, and West Virginia to invest $60 billion annually in clean energy, efficiency, and workforce training for the energy transition. Such moves reinforce the effectiveness of grassroots campaigns in mobilizing a groundswell of public demand for local, clean electricity generation.

The complex history behind the ballot measures passed this month in all three states paints a nuanced picture of the interplay between utilities, public pressure campaigns, and state and city incentives and regulations. Utilities often try to leverage their strong relationships with special interest groups and legislators to push back against laws that threaten their long-term generation assets. But a measured legislative approach—paired with consistent public pressure highlighting the importance of clean energy generation to ratepayers—can push state and local clean energy agendas irrespective of partisan leanings. Recent wins in Nevada, Colorado, and Ohio shed light on how cooperation and accountability can drive decarbonization across a market where nearly 75 percent of electricity generation is still controlled by large investor-owned utilities like NV Energy, Xcel, and AEP.

Emily Burlinghaus is an assistant director at the Atlantic Council Global Energy Center and the host of the “Nuclear Reactions” web series.

Trade is the key to US energy security, which trumps US energy independence

The incoming Biden Administration offers an opportunity for the United States to shift from its pursuit of energy independence and the fiction of a US energy market insulated from the vagaries of global market shocks and geopolitics. Instead, the new administration should strengthen US relationships with partners and allies to ensure import security for energy products and materials and guarantee export markets for US energy.

Carbon capture, utilization, and storage (CCUS) is critical to decarbonizing heavy industry and meeting global climate goals. But significant roadblocks to financing have prevented the ability of industry to scale up CCUS projects. New financing tools and a coordinated approach by policy makers, industry representatives, and financial institutions can help CCUS drive the energy transition.

Against the backdrop of the COVID-19 pandemic, an economic downturn, and a renewed movement for racial justice, the report sets out a vision to reach net zero greenhouse gas (GHG) emissions by 2050 with recommendations on issues from infrastructure to incentivizing new technologies and creating jobs in the clean energy sector. The report also addresses pollution and environmental justice, the nexus between climate and public health, and conservation.