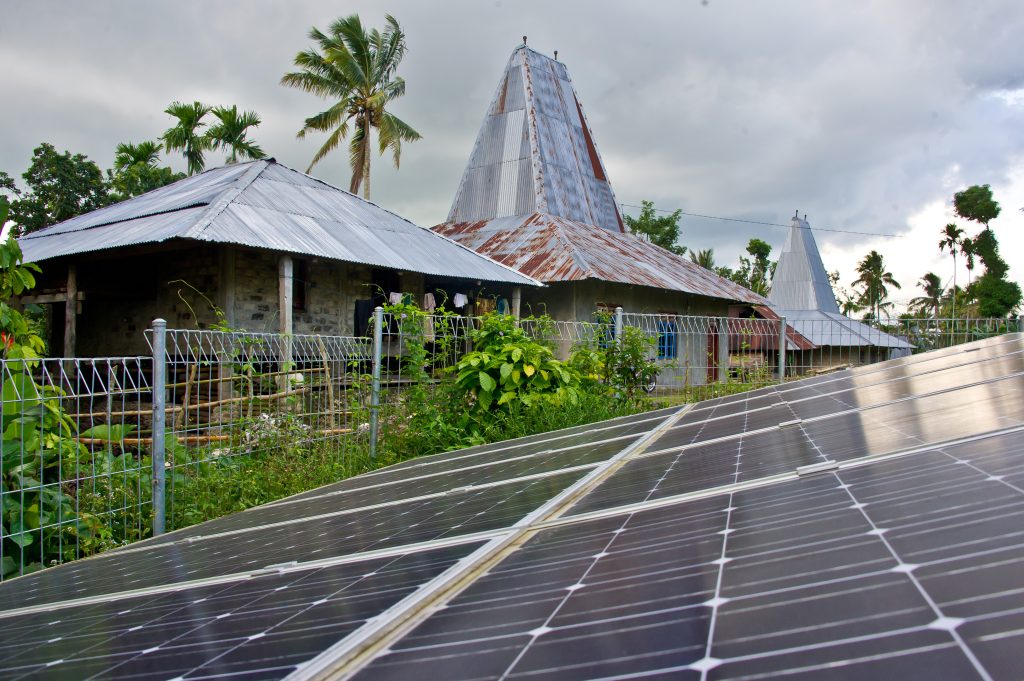 As the global community convenes for COP27, Just Energy Transition Partnerships (JETPs) are poised to play an expanded role in financing the energy transitions of emerging economies. Conceived as multi-donor agreements to accelerate the phase-out of coal-fired power plants, JETPs first gained attention at COP26 with the announcement of the Just Energy Transition Partnership with South Africa, an $8.5-billion venture between the governments of South Africa, the United States, the United Kingdom (UK), France, Germany, and the European Union (EU). Since then, several other countries have expressed interest in their own JETPs, presenting an opportunity to drastically reduce global coal emissions. Nonetheless, while JETPs may represent an avenue for increased climate engagement with high-emitting emerging economies, they also face several key challenges moving forward.

At their core, JETPs are climate finance agreements with three goals: 1.) facilitate the early decommissioning of coal-fired power plants; 2.) mobilize private sector capital to finance decarbonization efforts; and 3.) deliver a “just transition” for citizens. Labeled a “country platform,” this form of multi-donor engagement employs a system-wide approach to energy sector reform by addressing overlapping decarbonization challenges with an aligned policy response. In this way, JETPs seek to go beyond the funding of individual projects and become greater than the sum of their parts.

JETPs emerged from a longstanding attempt to combine climate and sustainable development goals in South Africa. The concept of a “just transition” has figured prominently in this debate since at least 2015, when the South African National Planning Commission formulated the country’s initial Nationally Determined Contribution (NDC). At the time, a transition to renewable energy represented an uphill battle due to strong vested interests in South Africa’s coal-dominated energy sector. In particular, Eskom, the country’s state-owned energy utility, strongly opposed efforts to ramp up renewables. This position has changed in recent years as both government officials and representatives of the debt-ridden utility have come to realize the need for more fundamental reform of its power sector. The South African electricity system not only faces significant future carbon risks, but is also plagued by frequent power outages caused by long-running underinvestment in new generation infrastructure. These mounting challenges finally led the government and Eskom to initiate discussions on a reform agenda for the electricity sector, in which the utility would relinquish some of its control and allow private investment to flow into new renewable electricity generation. Simultaneously, in October 2021, the South African government revised its NDC to encompass more ambitious climate goals. These actions ultimately paved the way for international donors to commit external financial resources at the COP26 in Glasgow, giving rise to the first JETP between several G7 donors and the South African government.

From South Africa to COP27

Since the announcement of the South Africa JETP in November 2021, the government of South Africa and so-called International Partners Group have been involved in lengthy negotiations on an Investment Plan to support the JETP’s implementation. In October, South Africa’s cabinet approved the long-awaited Investment Plan, which is set to be unveiled at COP27. While details of the Investment Plan remain to be disclosed, South Africa’s cabinet released a short statement expressing that the Plan “outlines the investments required to achieve the decarbonization commitments made by the government of South Africa while promoting sustainable development, and ensuring a just transition for affected workers and communities.”

Various constellations of G7 countries have also pressed forward with negotiating JETP deals with Vietnam, Indonesia, India, and Senegal, although all of these agreements are in different stages of development. For example, the United States and Japan are leading negotiations with Indonesia, with initial offers of around $10 billion. Although unconfirmed, the Indonesia JETP will most likely be confirmed at the G20 leaders’ summit in Bali, which will occur during the second week of COP27. Similarly, the EU and the UK are leading negotiations with Vietnam, with initial offers of around $5 billion. It is expected that the partnership with Vietnam will be announced at COP27, although negotiations are still underway.

Germany and France have begun negotiations with Senegal. Meanwhile, negotiations with India have slowed because the Power Ministry in India argues that coal cannot be singled out as a polluting fuel. With India’s G20 presidency approaching, it is likely that the negotiations will pick back up with a focus on accelerating deployment of renewables, and not on phasing out coal.

Although many details regarding these JETP processes remain unclear, they bear the potential to represent a turning point in the climate finance agenda. By combining funding from several major G7 donor countries, they not only offer substantial financial support to partner countries, but they also send an important political signal. To be sure, the sums under discussion only represent a fraction of the capital needed to reach the needed scale of investment to place these countries on a pathway that is compatible with the 1.5°C target. Nevertheless, the hope is that they can lend additional momentum to ongoing reform efforts.

To realize this potential, JETPs must be tailor-made and country-driven. This means, rather than reinventing the wheel, they should build on promising policy efforts, driven by the ambition of recipient countries. This way, JETPs can reflect the differing realities and starting points of major emerging economies regarding their domestic energy transitions.

Conversely, without a clear reform pathway in place, it is unlikely that a large-scale support effort from G7 countries will have a substantive impact. JETPs should rather be seen as an additional catalyst, providing support to domestic reform coalitions, as has been the case in South Africa. Such an approach would also provide incentives to like-minded governments to raise their climate ambition to pave the way for JETP-style support from donors.

Even then, success is all but guaranteed. Hence, as more emerging economies announce JETP-style agreements, it will be critical to track progress across the JETPs’ three primary dimensions: early coal decommissioning, the mobilization of private capital, and the realization of just transition goals. Such a monitoring effort will not only be needed to assess whether JETPs can generate the impacts the participating governments are hoping for, but to promote learning and exchange to further develop the approach over time.

The most tricky question will likely be the measurement of progress on a just transition. Given the differing conceptualizations of the term, this is likely to yield substantial variance across the countries. Furthermore, given the novelty of these agreements, it may be particularly valuable to promote dialogue between recipient nations. This will facilitate the exchange of lessons learned and, hopefully, improve the design of future JETP arrangements.

Another key question will be to what extent JETPs complement existing international climate finance architecture. Can they provide the basis for additional investments by multilateral development banks and existing climate finance mechanisms, such as the Green Climate Fund or the Climate Investment Funds? Moreover, G7 governments must also determine the extent to which JETPs can be utilized moving forward. JETP negotiations are resource-intensive processes involving months of consultations between donors and recipients. The South Africa JETP, for example, resulted from years of planning by domestic stakeholders. If JETPs cannot accomplish their goals in a timely manner, policymakers may elect to develop more streamlined processes. While these partnerships could lack the political significance of JETP-style arrangements, they may prove necessary to meet 2030 and 2050 emissions targets.

Finally, if JETPs prove a successful modality for delivering climate finance, it may be worthwhile to explore how the “country platform” approach can be expanded to other sectors. JETPs approach decarbonization from a system-wide perspective, recognizing the overlap between issues like infrastructure development, finance, and social displacement. If JETPs can facilitate the early phase-out of coal-fired power plants, it may be possible to use a similar approach for other decarbonization sectors, such as transport and energy-intensive industries. This may create opportunities for engagement with other emerging economies and allow JETPs to provide long-term value beyond the decommissioning of coal.

Christopher Cassidy is a US Fulbright Scholar at the Institute for Advanced Sustainability Studies.

Rainer Quitzow is a research group leader at the Institute for Advanced Sustainability Studies.

The new IEA World Energy Outlook 2022 should be used as a roadmap at COP27 for the allocation of climate-oriented resources. Doing so would better enable developing nations to ride the wave of interest in clean technologies amid the global energy crisis and share in the benefits of the transition.

A new Europe-MENA energy interdependence: The role of hydrogen

A deeper Europe-MENA relationship could aid a secure transition in Europe and create lucrative low-carbon export opportunities and industries in North Africa. Hydrogen could be the cornerstone of these new ties, and COP27 could be the perfect forum to develop them.