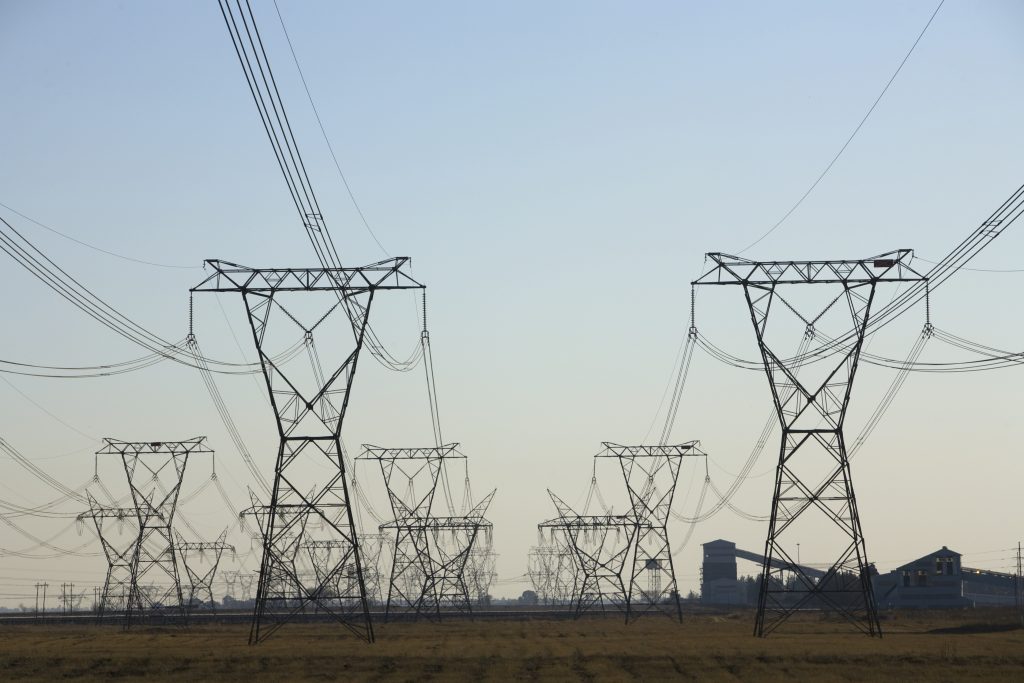 Electricity access in Africa is in a dire state, and progress is being reversed. Outside of North Africa, around half of the population is electrified, and the electrification rate has decreased by 4 percent since 2019. Where electricity is available, consumption is well below the global average—with the average consumer using less than 200 kWh, less than what is needed to power a modern refrigerator—due to frequent brownouts, blackouts, and loadshedding.  Even in sub-Saharan Africa’s industrial powerhouses of Nigeria and South Africa, electricity grids are frequently incapable of supporting existing generation resources, and are thus incapable of meeting demand. Nigeria, a nation of 206 million, has a power generation capacity of approximately 12 gigawatts (GW). For comparison, Brazil has a generation capacity of 181 GW, with a population of 212 million. Of Nigeria’s 12 GW of total capacity, Nigeria’s grid infrastructure cannot accommodate more than 4 to 5 GW of generation capacity at any given time. This is just one reason for the lack of electricity access experienced by 43 percent of the population of Nigeria.

This problem is self-perpetuating. When energy infrastructure is weak, there is less signal to invest as individual projects are less viable and are deemed riskier, particularly by the private sector, which has historically provided around 10 percent of infrastructure funding across the continent. Infrastructure, in this sense, should be expanded beyond the state of electricity grids or gas pipelines to include public services such as trained utility workers, water resources, public safety and security forces, and much more.

It is becoming clearer that the paradigm of “aid,” which has underpinned Western countries’ development strategies in the African continent, is increasingly insufficient. Providing aid alone to African nations will not provide the tools and enablers of self-sustaining, endogenous growth. For that, the continent needs investment, not just aid.

Investment in African nations is not a question of charity. It is increasingly a matter of global economic—as well as ethical—importance. Higher levels of GDP are correlated with greater electricity use, affordability, access, and reliability. The African population is the youngest and fastest-growing of all continents, and thirteen of the world’s largest twenty urban areas are projected to sit in Africa by the end of the century. As occurred in China over the past forty years, Africa’s young and growing population can provide the globe with a capable labor force, along with industrialization for the modern era that can drive job creation and opportunity in African communities while spurring global economic growth.

Placing the chicken before the egg?

Africa’s energy infrastructure is plagued by longstanding underinvestment. In the past decade, the continent received investment of about $41 billion in the energy sector. This number is low in absolute terms, and when compared to the rest of the world, represents only 3 percent of global energy investment. More startling, however, is the fact that 99.5 percent of energy investment on the continent was routed to energy generation. Only the remaining 0.5 percent was routed to transmission and distribution networks. Turning to the World Bank, between 2010-2020, 7.5 percent of the bank’s electricity infrastructure investment went to sub-Saharan Africa, with 98.2 percent going towards generation and 0.3 percent for transmission.

This underinvestment perpetuates existing problems, including low cost-recoverability and low revenues for utilities, and high project costs for new generation assets. Coupled with sky-high and rising interest rates in African countries such as Ghana, where the benchmark bank rate is 17 percent, poor energy infrastructure makes the risk premium high for new investors.

The ultimate result is that despite increased focus on the issue of energy poverty facing the continent, infrastructure deficits hinder efforts to increase energy generation and distribution throughout the continent. Fortunately, the continent is rich in both natural gas and renewable resources to power the continent’s industrial revolution, address energy poverty, and spur economic growth, as long as the continent is provided investments at the scale needed to recognize this untapped potential.

Under the IEA’s Sustainable Africa Scenario (SAS), the model assumes that the annual investment in electricity grids more than triples in the 2026-30 timeframe, reaching $40 billion per year on average, with distribution networks accounting for over two-thirds of the total. However, achieving these annual investments is far from simple. Today’s existing financing mechanisms are insufficient for investments in large-scale energy generation, transmission, and distribution infrastructure projects.

This does not bode well for the prospects of reaching the SAS’s $40-billion-per-year target, given that development banks and governments will need to step in to bridge the risk premium inherent in new investment on the continent. Despite the urgent need to invest, investment risk is high. But the only way to resolve this cycle will be to mobilize the capital necessary for the buildout of infrastructure which can sustain growth of more projects and more infrastructure.

African governments will also need to step in to reform regulatory environments to build investor confidence, committing to both regulatory certainty and transparency in electricity markets. The SAS prioritizes regulatory reform to meet the continent’s energy goals, with a particular focus on cost-of-service electricity pricing reforms. To date, twenty-four countries in Africa have put such reforms in place or are under discussion to implement. Close coordination, collaboration, and transparency between African governments and utility companies will also be crucial to enhance cross-border interconnection.

On the matter of roads, ports, and railways, China has been Africa’s largest partner in developing infrastructure by far in the past 20 years. In fact, US influence in the region is waning, and trade between the United States and Africa decreased 55 percent from 2008 to 2021, to a sum of $64 billion. Africa’s trade with China in 2021 stood at $254 billion. As a response, President Biden and other G7 leaders announced the Partnership for Global Infrastructure Investment to mobilize $600 billion by 2027 for sustainable infrastructure developments in emerging markets, and to take steps to closing the financing gap. One of the four priority pillars included in this MOU is the commitment to build climate-resilient infrastructure, transform energy technologies, and develop clean energy supply chains.

The US Development Finance Corporation (DFC)—the US government’s main tool to catalyze global infrastructure investments—is primarily designed to mobilize private capital for investment-ready projects, which are in short supply in Africa. The current structure of the DFC is insufficient in meeting the scale of infrastructure investments needed in low-income nations where it is most needed. In recent years, several public investment initiatives have emerged to crowd in, de-risk, and catalyze private investment in Africa. These include the African Development Bank’s New Deal on Energy for Africa and Desert to Power Initiative, USAID’s Power Africa, the Green Climate Fund, and CDC Group’s Gridworks Partners. Utilizing these initiatives to successfully mobilize private investment in energy infrastructure will be crucial in achieving the deployment of enabling infrastructure at scale.

Russia’s unprovoked war in Ukraine has sent Europeans scrambling to African capitals to identify new energy sources and completely rework European energy flows. In May, German Chancellor Olaf Scholz visited Senegal, where a significant gas deposit has been discovered along Senegal’s border with Mauritania; Italy has signed gas deals with Angola and the Republic of the Congo since the start of the war; and President Andrzej Duda of Poland visited the Ivory Coast to sign a Memorandum of Cooperation on exporting energy supplies from Nigeria to Poland. President Macky Sall of Senegal, the present chair of the African Union, has also hosted delegates from Europe to discuss the bloc’s need for resources.

Europe has expressed more interest than ever before in African energy resources as the bloc weans itself off Russian gas. However, an outstanding question remains: will Europe invest and support downstream infrastructure for Africans to benefit from their own resources, or will Europe’s willingness to invest only go so far as to secure gas exports for Europeans?

Europe’s elevated interest in the region as an energy provider might be a signal that investors have been waiting for to unlock significant investment to build out the needed energy infrastructure throughout the African continent which would allow African communities to use their own resources to expand energy access. Before Russia’s war in Ukraine, there was growing tension between African leaders advocating for the continent’s right to exploit its energy resources to industrialize and develop. Tensions grew stronger as the United States and the European Union (EU) blocked financing opportunities for fossil fuel projects abroad. However, since the war in Ukraine, both the European Union and the United States have eased up on this position, with the United States even including “gas for power” in its “US Strategy Towards Sub-Saharan Africa“ released in August 2022, recognizing the role of gas to support Africa’s development efforts.

African leaders from resource-rich nations have vocally opposed restrictions towards financing gas infrastructure. Speaking on a panel in Dakar in September, H.E. Bruno Jean-Richard Itoua, Minister of Hydrocarbons of the Republic of the Congo, said the following: “For the next 25 years we will see energy demand growing. We cannot face this demand without gas.”  In September, African Ministers of Finance, Economy, and Environment gathered to ensure coherence and prioritize actions in the lead up to COP27. From this convening, the Ministers underscored “the need to avoid approaches that encourage abrupt disinvestments from fossil fuels, as this will, in addition to the impacts of climate change, threaten Africa’s development due to the unintended impact on jobs, the economy, energy, food security, and the ability to mobilize finance.” Transatlantic policymakers must recognize that African nations strongly desire to utilize their resources to achieve development goals.

Whether the buildout of downstream infrastructure is for gas or transmission to carry the electrons produced by renewables, there is strong demand for an increase of investment in all forms of enabling infrastructure to achieve the UN’s Sustainable Development Goal 7—access to affordable, reliable, and sustainable modern energy for all—and remain on the path towards a low-carbon future. Given recent developments including the G7 committing to support infrastructure developments in emerging markets, Europe turning to Africa to secure energy resources, and African leaders advocating for a just energy transition, there is significant opportunity for developed nations to invest in usable ”downstream” infrastructure to recognize the African continent’s important role as a respected partner to address climate change and energy security. After all, emerging global actors and competitors, such as China, have long been doing exactly that.

The new IEA World Energy Outlook 2022 should be used as a roadmap at COP27 for the allocation of climate-oriented resources. Doing so would better enable developing nations to ride the wave of interest in clean technologies amid the global energy crisis and share in the benefits of the transition.