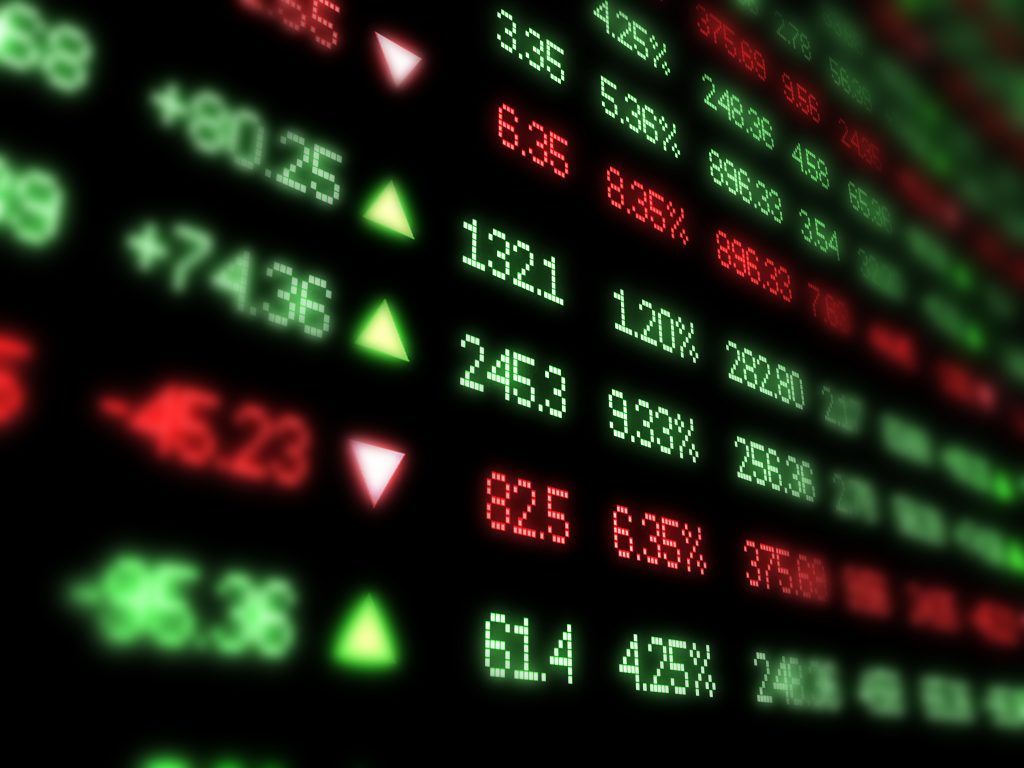 Colored ticker board on black (AshDesign/ShutterStock)

Saudi Aramco’s acquisition of the Saudi Basic Industries Corporation (SABIC) finalized on June 16, 2020, provides a window into the Saudi strategy to become a world-scale chemicals producer. However, the structure of the deal also offers an interesting look into the Saudi financial position amid low oil prices and a global pandemic.

Closing on the merger this June, Saudi Aramco officially acquired a 70 percent stake in SABIC on the Tadawul stock exchange in Riyadh. The Saudi Public Investment Fund (PIF) formerly held the purchased shares and transferred them to Saudi Aramco for the Saudi Riyal (SR) equivalent of $69.1 billion at the price of SR123.9/share, as decided in the original March 2019 sales agreement. As compensation for the shares, Saudi Aramco will pay PIF $7 billion in cash in August 2020 and pay out the balance in nine installments over the next eight years. Saudi Aramco also agreed to pay $3 billion to PIF in April 2022, if the state of the oil market allows.

The Saudi public at large will still own 30 percent of SABIC capital, and the company’s shares will continue to be listed on the Tadawul stock exchange. Despite Aramco’s majority acquisition, SABIC will remain a separate company, with its own board of directors and management, albeit with strong representation from the oil giant. SABIC shares are now trading at around SR 89/share, almost 30 percent below the originally agreed-upon price.

As mentioned in the Atlantic Council issue brief on the Saudi Aramco-SABIC merger, SABIC will bring advanced chemical technology to Aramco and help the Saudi oil giant reduce its dependence on foreign companies like Dow Chemical and Mitsubishi for technology as well as for management of its large joint ventures. This acquisition aligns with Saudi Aramco’s goal to develop its downstream activities and diversify its sources of income away from the production of crude oil. On the other hand, some of SABIC’s assets sit outside of Aramco’s core competences, such as the metals and fertilizer sectors; Aramco may need to divest from or close these industrial assets in order to maintain SABIC’s value within its own operations.

The final deal’s transaction structure has changed somewhat since the original announcement of the merger. Initially, in March 2019, Aramco intended to pay out 50 percent of the transaction in cash and the remaining balance in two installments. By early 2020, however, the terms of payment had been modified, with $24.88 billion to be paid in cash and the balance in promissory notes. At closing this June, the cash payment was reduced to $7 billion. What has not changed is the actual price per SABIC share, which was negotiated at the Tadawul price in mid-2018. Had the share price included in the transaction been pegged to the 2020 price, the transaction would have earned PIF much less money and saved Saudi Aramco around $19 billion. Of course, this decline in share value was not Saudi Aramco or SABIC’s doing. Rather, it was mostly due to the fact that SABIC’s individual Saudi shareholders perceived the transaction to be detrimental to SABIC’s business—on top of low oil prices and a volatile crude market—which impacted all chemical prices worldwide.

Transactions of this nature and size are usually settled between the buyer and seller through an exchange of shares rather than cash payments, but as noted in the aforementioned Atlantic Council issue brief, the purpose of the transaction was not only to give Saudi Aramco a leg up in the downstream chemical business, but also and perhaps mainly to funnel cash into PIF, which is looking to invest in non-oil related businesses.

PIF is now actively seeking to increase its sources of funds. One of its main expected sources of cash had been the privatization of Saudi Aramco, which did not live up to expectations, with only 2.5 percent floated on the Saudi share market and no international investors. After the removal of Khalid Al Falih as Saudi minister of energy and chairman of Saudi Aramco in September 2019, financial and strategic control of Saudi Aramco appears to have been ceded to PIF and the crown prince. It now seems that Saudi Aramco’s 2019 plan to invest heavily in the downstream, mainly in natural gas resources and refining and chemical facilities worldwide, is not going to move forward and will be replaced by PIF’s, and by extension, the crown prince’s priorities for non-hydrocarbon-related ventures. PIF recently obtained $40 billion from the Saudi Monetary Authority, which were transferred from the Authority’s foreign cash reserves. PIF will also receive the $7 billion from the SABIC transaction, and the $62 billion worth of promissory notes signed by Saudi Aramco are most likely discountable to the Authority.

Today, not only is Saudi Aramco a source of funds for PIF, it is becoming an even greater source of cash for the Saudi state at a time of low oil prices, which, in turn, allows the government to pass on funds to PIF. Furthermore, the $75 billion in 2020 dividends that Saudi Aramco announced in its December 2019 memorandum, which was meant initially as an incentive for potential foreign investors, will still be paid, even though there are no foreign investors to satisfy. The Saudi state will now receive 97.5 percent of the scheduled dividend. Since the December announcement, however, the price of oil has declined, and the company’s revenue and profits, while still substantial, are not sufficient enough to cover dividends of this magnitude.

Not only does Aramco continue to pay 15 percent royalty to the state on its gross income from crude oil, it also pays 50 percent tax on its income. The after-tax profit is unlikely to approach the $75 billion required, thus Aramco will have to dip into its cash cushion to pay for the dividends as well as the $7 billion for the SABIC acquisition in August. Saudi Aramco’s cash account did increase by about $12 billion in the first quarter of 2020, but this was not due to better sales, but was rather due to delays in payments to suppliers, as well as a $2.6 billion decrease in inventory, and a $8.9 billion cut in accounts receivable. One can only assume that the payment of accounts receivable shown on Saudi Aramco’s quarterly statement is, in reality, a cash payment by the Saudi government on the amount owed to Saudi Aramco from past subsidies granted to the state. Another way to look at these figures is that, ultimately, the Saudi government paid Aramco so that it could pay the dividends back to the state and avoid a tense cash flow situation.

Hence, the financial strength of Saudi Aramco, and ultimately that of the Saudi state, is undermined by the need to finance the many non-oil related prestige projects commissioned under Vision 2030, the vast military expenses from the war in Yemen, and purchases of speculative positions in stressed international companies.

The fiscally conservative technocrats in the state bureaucracy are now seeking to shore up Saudi Arabia’s cash position by substantially increasing taxes. Starting in July 2020, the value added tax (VAT) will increase from 5 percent to 15 percent, which will certainly help alleviate the major budget deficit borne from both PIF and Vision 2030 expenditure, as well as large declines in Aramco revenue. In 2019, the state earned $35 billion from VAT; if the tax rate is tripled for half of 2020, it should help cut the government’s 2020 budget deficit by up to $50 billion. If the price of crude oil continues to rebound, Saudi Arabia could perhaps close the year near a breakeven point.

More positively, by imposing a substantial tax on all Saudi citizens and residents, the government will drastically reduce its dependence on Saudi Aramco’s oil sales for public revenue. Thus, in a rather financially counterintuitive manner, both PIF and the Saudi government, in raiding Saudi Aramco’s coffers to fund Vision 2030 projects and play on the global stock market, will actually help realize Crown Prince Mohamed bin Salman’s goals. These include reducing the Kingdom’s financial dependence on Aramco oil revenue from 85 to 50 percent, developing the country’s downstream chemical and fertilizer industry, and transforming Saudi Arabia into a major industrial player.

Throughout 2019, financial markets have watched the planned Saudi Aramco initial public offering (IPO), which was finally launched in December. A quieter, but no less significant, story was Saudi Aramco’s acquisition of SABIC. Saudi Aramco strove to have a successful IPO, especially through increased transparency and diversification, and the SABIC acquisition was a key element of Saudi Aramco’s diversification strategy. Going forward, what does the merger mean for both companies, what is the new relationship between Aramco and SABIC, and what are the merger’s implications for the intricate relationship between the various bureaucracies and leadership in Saudi Arabia?

Over the weekend of March 7–8, the breakdown of the previous oil production agreement between Russia and Saudi Arabia led to the broader collapse of the arrangement between OPEC and OPEC+. What will the rift will mean for the global oil market?