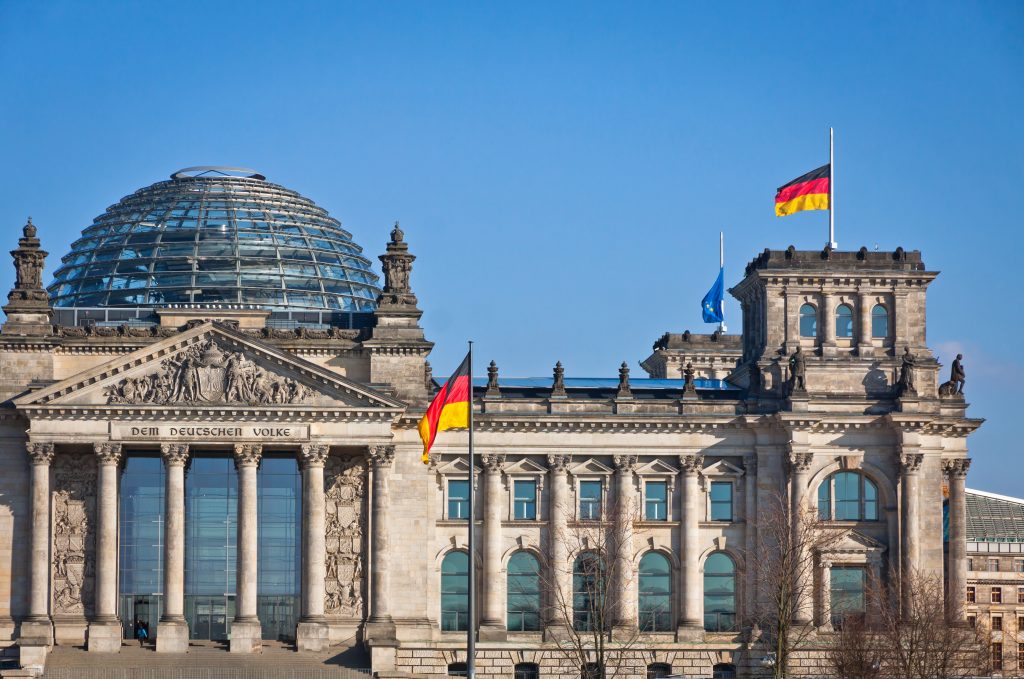 From the time it was first proposed in 2011, the Nord Stream 2 gas pipeline has divided the United States and the project’s European supporters, principally Germany. Nord Stream 2 is not simply a US-Europe issue or a US-Germany issue, however. Many in Europe, including Central and Eastern European countries, the European Parliament, and those within Germany also oppose it. The policy dispute stems in part from different perspectives on energy security. Nord Stream 2’s supporters see Russia as an economic and reliable nearby supplier of oil and gas, while the US and European critics of the project are concerned that Europe’s reliance on Russian energy supplies creates security vulnerabilities. This concern has been exacerbated by Russian aggression against Ukraine starting in 2014 and Putin’s past use of gas as a political weapon.

US rhetorical opposition has been extended to include secondary sanctions against European companies participating in the construction of Nord Stream 2, which even many critics of the project inside Europe see as an attack on European sovereignty. The Kremlin’s arrest of and prison sentence for dissident Alexey Navalny (whom it had earlier tried to assassinate) and its mass arrests of Russians protesting in response has brought yet another dimension to the fight over Nord Stream 2, as some Europeans urge Germany to cancel the project in retaliation. (On February 1, France’s European Affairs Minister Clement Beaune urged this step).

But while Nord Stream 2 is a hot issue, the pipeline is now 94 percent completed with over $10 billion in sunk investment. American sanctions, as well as European and US political opposition, may delay completion but are unlikely to stop it. Outright abandonment is unlikely, given the significant financial losses that would ensue and possible safety and environmental risks of an uncompleted pipeline.

The Biden-Harris administration has the challenge of repairing the considerable damage the Trump administration did to the overall US relationship with Europe, while addressing Nord Stream 2’s potential risks and standing up to Putin’s aggression. It may look for ways to deal with the risks of Nord Steam 2 at less cost to relations with Germany and signal the return to mutual respect and interdependence by attempting to remove Nord Stream 2 as an obstacle to alliance unity and by focusing on common objectives. Germany, with the pressure mounting against Nord Stream 2, may be ready to find ways to deal with and not dismiss concerns over the project.

Some of those common objectives include:

None of these and other critical issues can be addressed successfully without working closely with US allies and friends in Europe, including the European Union (EU), Germany, Poland, and Ukraine.

The recently adopted National Defense Authorization Act for fiscal year 2021, which imposes new sanctions on Nord Stream 2 and passed with an overwhelming bipartisan majority, calls for consultations with relevant European governments before the imposition of new sanctions. Unlike its predecessor, the Biden-Harris administration should take this obligation seriously. Transatlantic coordination on sanctions during the Obama administration led to strong actions against Russia after its illegal annexation of Crimea and its attack on Ukraine in The Donbas region. Unilateral actions taken without consultations with Europe risk eroding the overall sanctions regime against Russia, which the EU must renew periodically, and will make it harder to use combined US-European sanctions to deter additional Kremlin aggression.

Still, there is a case for substantive consultations and negotiations that would seek not to kill the project but to deal with its risks for all the stakeholders. These would have to meet the priorities listed above, including especially addressing the fair concerns of Central and Eastern Europe, including Ukraine, and could proceed in parallel with discussion of US-EU (and United Kingdom ) sanctions in response to cyberattacks, other forms of aggression, and the arrest of Navalny and its aftermath.

While the consultations process is underway, any work on pipelaying for Nord Stream 2 would have to be suspended. However, if there is the necessary political will on all sides, consultations could lead to agreement on appropriate measures to remove the sanctions threat against Nord Stream 2, while at the same time addressing legitimate concerns over the project’s negative impacts. A common action plan on Nord Stream 2 potentially could include some or all of the following elements:

§ Extending the gas transit agreement between Russia and Ukraine beyond 2024 to ensure a continuing source of transit revenue for Ukraine. The current five-year agreement was concluded in December 2019 at the urging of the European Commission and Germany. Backup financial guarantees (and contingency sanctions against Russian targets) could be agreed to compensate for lost revenue if Gazprom reneges on its transit volume guarantees. Another option would be encouraging European gas buyers to designate the Russian-Ukrainian border as the delivery point for a portion of their Russian gas purchases and to increase this volume over time. As shippers of Russian gas, these buyers rather than Gazprom would be responsible for the payment of transit through Ukraine, providing a more secure source of transit revenue, not solely dependent on Gazprom’s promises.

§ United States and Germany working together to help Ukraine with much-needed energy reform and energy transition efforts. Considerable work remains for Ukraine to create competitive energy markets with transparent regulation and sound corporate governance of state energy monopolies. The energy efficiency of its economy is among the lowest in Europe and its vast energy production potential, including in renewable energy and green hydrogen in the future, remains largely untapped. Massive investments are needed to modernize Ukraine’s energy infrastructure, particularly in electricity. Ukraine is committed to liberalizing its internal markets, decarbonizing, and integrating with European energy markets as part of its obligations under the Association Agreement with the EU, which can only be accomplished with external assistance. Between bilateral aid and its share of assistance through European and other multilateral financial institutions, Germany is the largest economic donor to Ukraine, while the United States is Ukraine’s most important political and security supporter. They should work in concert (and with the EU and other willing stakeholders) to help Ukraine meet its policy goals.

§ Germany increasing its support for the Three Seas Initiative and matching the recent up to $1 billion financing commitment by the United States for projects to reinforce European energy security, which includes a $300 million investment by the US International Development Finance Corporation into the Three Seas Initiative Investment Fund. One of the main concerns over Nord Stream 2 is that it allows the Russians to bypass Central and Eastern European countries with gas deliveries, making them more vulnerable to a Russian gas cutoff. These risks are already dramatically reduced by EU regulations on liberalization of gas markets, antimonopoly action against Gazprom, and promotion of cross-border gas flows by supporting interconnector pipelines and new import facilities, such as liquefied natural gas (LNG) terminals, including those proposed in Germany, and the Southern Gas Corridor. The Three Seas Initiative is designed in part to integrate countries still isolated from the main European gas market. Infrastructure improvements would allow Central and Eastern European countries better access to alternative gas supplies, including competitively priced LNG from the United States and elsewhere. The United States and Germany, together with leaders in the Three Seas Initiative like Poland, can support Ukraine joining the Three Seas Initiative, further advancing Ukraine’s desire to integrate with Europe and granting it access to a dedicated funding source. This becomes even more important as EU funds supporting fossil fuel projects, including interconnector pipelines, decline or disappear under the European Green Deal.

§ Working with the EU, Germany, and European stakeholders on the regulatory environment under which Nord Stream 2 would be allowed to operate when completed. The ultimate responsibility for regulating future Nord Stream 2 operations belongs to Germany and the EU. However, the United States can offer useful suggestions on matters such as third-party access to pipeline capacity. For the foreseeable future, Russia will remain an important gas exporter to Europe. However, it is more dependent on the European market than Europe is dependent on Russia for gas supplies. Europe’s own efforts have diminished much of Gazprom’s previous market power. Working alongside Europe and its most important country Germany on the rules of the game under which Russia has to operate is critical to achieving common objectives.

Of course, the details of an action plan as described above would have to be negotiated by the relevant parties. Working for a solution to Nord Stream 2 would take place alongside, not replace, US and European efforts to address malign Kremlin behavior, e.g., with respect to Navalny, cyber aggression, or disinformation. This requires a good faith effort, taking into account legitimate concerns on all sides. Resolving this thorny issue would go a long way toward returning the US-European relationship to one of trust and mutual respect and building a US-German partnership, rather than confrontation, on energy.

The United States and European Union should develop a comprehensive strategy on deterring and mitigating Russian influence and aggression in Europe, including cooperation on energy infrastructure and the encouragement of competitive and transparent energy markets. This strategy should be the bridge for working through tensions stemming from Nord Stream 2 sanctions and for rebuilding the transatlantic relationship.

Image: Flag of Federal Republic of Germany waving in front of the German parliament building (Reichstag) in Berlin, Germany (Katatonia82/Shutterstock)