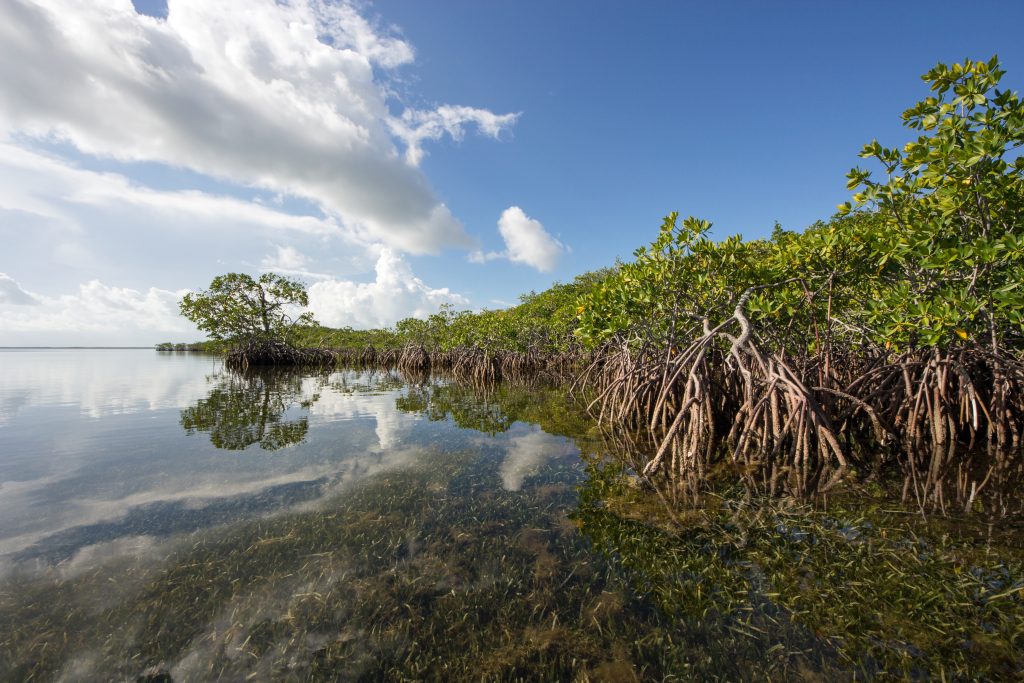 One of President Biden’s first actions after taking office was to recommit the United States to the Paris Climate Agreement. The US Intended Nationally Determined Contribution under the Agreement was to reduce greenhouse gas (GHG) emissions 26-28 percent below 2005 levels by 2025, in line with limiting global warming to two degrees Celsius. In 2018, the Intergovernmental Panel on Climate Change (IPCC) released its Special Report on Global Warming of 1.5 Degrees Celsius (SR15), highlighting the urgency of the climate crisis and the importance of achieving net-zero GHG emissions around midcentury. In addition to aggressive decarbonization across all sectors to prevent additional GHGs from entering the atmosphere, the IPCC SR15 report, as well as analyses by the International Energy Agency (IEA), Lawrence Berkeley National Lab, and the National Academies of Science, Engineering, and Medicine, have concluded that some level of carbon dioxide removal (CDR) will be necessary to limit global warming to 1.5 degrees Celsius and likely under a two-degree Celsius scenario as well.

During the 2020 presidential campaign, Biden released a plan to achieve net-zero emissions economy-wide by 2050. Biden’s $2 trillion climate action plan to secure an equitable clean energy future includes the creation of ten million good-paying jobs. Should the Biden-Harris administration formalize a net-zero goal, the United States would join the ranks of Japan, South Korea, the United Kingdom, Sweden, France, Denmark, Hungary, Germany, the European Union, New Zealand, Fiji, and Costa Rica, which have all committed (some with more stringency and enforceability than others) to carbon neutrality or net-zero emissions by 2050 or earlier, as well as China, the world’s largest emitter, which has committed to be carbon neutral by 2060.

While goals and commitments are a critical first step, the question then becomes how does the United States achieve those goals? There are a number of natural, technologically enhanced, and technological CDR solutions that vary in deployment readiness. CDR includes traditional methods such as afforestation, reforestation, and soil management practices that increase the amount of CO2 sequestered in the soil. There are also cutting-edge CDR pathways that utilize technological advances to enhance natural processes, including, for example, blue carbon capture in oceans, carbon mineralization, and genetically enhanced crop cultivars (these cutting-edge pathways are detailed in the December 2020 “Frontiers of CDR” series by the Energy Futures Initiative). Finally, technological methods, such as direct air capture (DAC), which have gained significant attention in the past several years, have seen cost declines as more projects are piloted around the world.

While there have been tremendous breakthroughs in CDR technologies and processes, increased research, development, and demonstration (RD&D), as well as deployment incentives, are needed to achieve emissions reductions in line with net-zero GHG emissions by midcentury. Fortunately, there is growing bipartisan support for CDR that is likely to build under the Biden-Harris administration. The fiscal year 2021 omnibus spending bill (H.R. 133) included several provisions that support CDR. The bill called for the creation of a Direct Air Capture Technology Advisory Board to be led by the Environmental Protection Agency (EPA) and a CDR program within the Department of Energy (DOE) to conduct RD&D activities on CDR technologies including DAC, bioenergy with carbon capture and sequestration, enhanced geologic weathering, agricultural practices, forest management, and planned or managed carbon sinks. In total, $85 million was authorized for carbon removal activities at EPA and $175 million at DOE, including $15 million for a precommercial DAC prize and $100 million for a commercial DAC prize, which can award up to $180 per metric ton of CO2 captured and stored in saline formations. The bill also provided an important extension to the construction deadline for carbon capture projects to be eligible for the existing Section 45Q tax credit by two years to January 1, 2026, which is especially important in light of the far-reaching impacts of the COVID-19 pandemic on the economy. Finally, Congress increased annual appropriations funding for existing CDR programs in DOE.

In December 2020, Congress also passed the National Defense Authorization Act for Fiscal Year 2021 (H.R.6395), which authorizes $9 million for a DAC and blue carbon removal technology program. Additional legislation proposed in 2020 that supports CDR includes the CREATE Act of 2020 (S. 4341/H.R.8671), which called for the establishment of a “Committee on Large-Scale Carbon Management” that would oversee a “Federal Carbon Removal Initiative” to pursue RD&D on ocean-based, terrestrial, geological, and technological CDR. While the CREATE Act did not pass, it lays a strong foundation for future legislation upon which to build.

Global action to combat the climate crisis requires US leadership. As the greatest cumulative GHG emitter on the planet, the world’s largest economy, and a historic leader in technological breakthroughs and innovation, the United States should make accelerated efforts to deeply decarbonize all activities and lead the way to a net-zero emissions future following four years of inaction. Under the Biden-Harris administration, the United States can and must reemerge as a global leader on climate action. Accelerating research, development, demonstration, and deployment of a range of CDR applications is a critical step to achieving US and global climate targets.

Anne Canavati is a Senior Analyst at the Energy Futures Initiative and a 2021 Women Leaders in Energy Fellow at the Atlantic Council Global Energy Center.

Learn more about the Women Leaders in Energy Fellowship