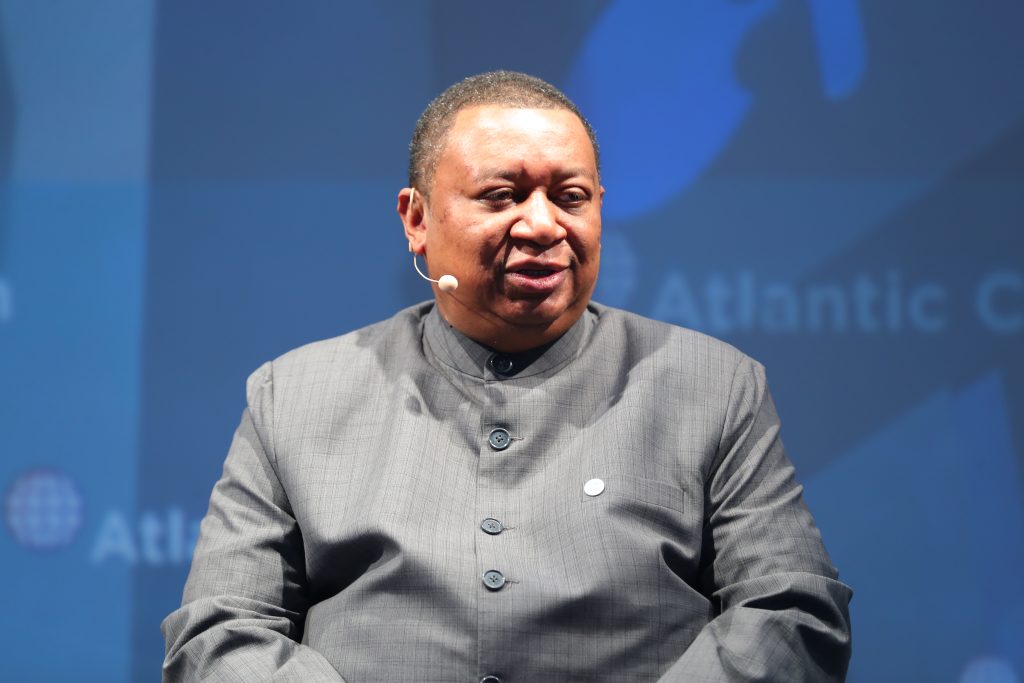 The Atlantic Council family mourns the passing of our longtime friend and colleague, Mohammad Sanusi Barkindo, secretary-general of OPEC. A true leader, diplomat, and collaborator, his contributions to energy security, governance of the global oil market, and open dialogue during a period of profound change for energy producers and consumers alike will have a lasting impact.

We are proud to have recently named Barkindo a distinguished fellow of the Atlantic Council’s Global Energy Center (GEC) after the conclusion of his term at OPEC on July 31. He was set to lend his considerable expertise to continue shaping the global dialogue on net-zero policies. His final contribution to the Atlantic Council just a few weeks ago, entitled “Affordability, Security, and Emissions Reductions: The Sustainability Trilemma,” underscores how thoughtful his voice was on these critical issues at a time of uncertainty in energy markets, and the tremendous void his passing leaves behind. Everyone in the Atlantic Council and energy community benefited from Barkindo’s wisdom. He will be greatly missed.

The Atlantic Council offers its thoughts and condolences to Barkindo’s family and friends, as well as to his many colleagues across the energy landscape who will remember him as much for his humility and compassion as for his leadership.

David Hobbs: ‘An important voice in navigating the inevitable volatility of the ongoing energy transition‘

‘A thoughtful leader, a strong consensus builder, and a tenacious problem-solver’

I had the distinct pleasure and privilege of working closely with OPEC Secretary General Mohammad Barkindo when I served as Under Secretary of State for Global Affairs. He was a thoughtful leader, a strong consensus builder, and a tenacious problem solver.  During his tenure, he was confronted with numerous complex challenges. I admired his steady hand and targeted efforts to stabilize global oil markets. As Vice Chair of the Atlantic Council’s Scowcroft Center for Strategy and Security, I was looking forward to continuing to work with Mohammad in his new capacity as a Distinguished Fellow.  We have truly lost a nonpareil energy expert and I have lost a dear friend.

—Ambassador Paula J. Dobriansky is vice chair for the Scowcroft Center for Strategy and Security.

During my first serious disagreement with Mohammad Sanusi Barkindo, then one of a host of Group General Managers at the Nigerian National Petroleum Company, it was clear that he was cut from a different cloth than his peers. He listened! He weighed the merits of the argument and allowed these to sway him rather than the reputation or position of the arguer.

Some were surprised by his appointment as OPEC Secretary General—not least Mohammad himself, such was his humility—but his ability to listen and persuade others to listen to each other made him much the most effective S.G. of the past few decades. He served through “interesting times” and expanded the range of voices engaged to deal with them, leaving exporters and importers of oil better equipped for the future.

On a personal level, I feel the loss of a friend and extend my sympathies to his family, friends and colleagues. However, more broadly, we have all lost an important voice in navigating the inevitable volatility of the ongoing energy transition.

The return of pre-pandemic energy consumption, threats of cyberattacks on critical infrastructure, crises across Europe, and more have dampened hopes for a swift energy transition. But global energy leaders are no less determined.

The second edition of the Global Energy Agenda provides context for the year that has passed. It features a survey of thought leaders in the energy sector, as well as a series of essays by the leading figures in energy, to set the energy agenda for 2022.