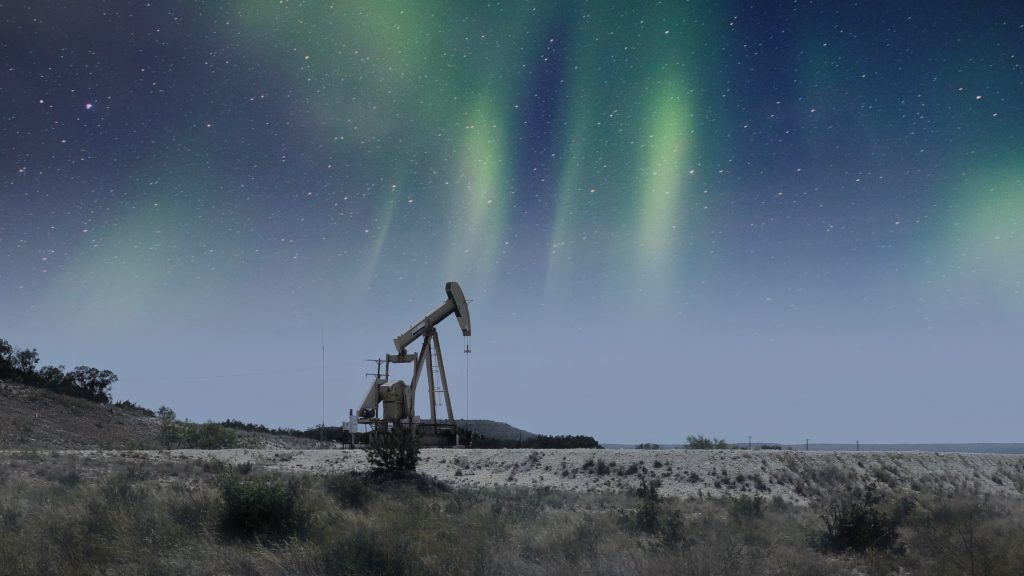 I took up the role of OPEC Secretary General on August 1, 2016. In some ways, it feels like yesterday, but in others, it feels like a lifetime ago given how much the world has changed since then.

Back then, wearing masks in public was frowned upon; the word “fake news” had not gone mainstream; TikTok was something clocks did, rather than a social media phenomenon; and Greta Thunberg was an unheard-of schoolgirl in Sweden.

For OPEC and the global oil industry, the last six years have seen major events and developments, but perhaps four stand out.

The first was the development of the Declaration of Cooperation (DoC) back in 2016, to counter the severe oil market downturn as a result of the global supply imbalance of 2014-2016. The second was the devastating impact of the COVID-19 pandemic in 2020. The third was the renewed prominence geopolitics have taken in the oil market, particularly in 2022. And the fourth was the ever-evolving discourse around the energy transition.

Allow me here to quote from a former British Prime Minister, a half-American one who also developed close relationships with Presidents Eisenhower and Kennedy. When Harold Macmillan was asked what the greatest challenge was during his time leading the country, he answered:

It is a quote that strikes a personal chord. It has been some journey as OPEC Secretary General. I consider myself fortunate to have had a front-row seat for some of the most momentous milestones in the history of this great organization.

In looking at the major events of the past six years, perhaps what they all have in common are two things: globalization and multilateralism.

Certainly, there have been a lot of column inches and boardroom discussions devoted to questions regarding the future of globalization, and indeed, of multilateralism.

For example, investment patterns that have dominated the last three decades such as the idea of cheap offshore manufacturing and slick global supply chains holding costs down and keeping inflation levels low are being put to the test.

The deployment of sanctions and attempts to sever some countries from the global economic system has seen geopolitical fractures spill into the economic sphere. The great Dan Yergin, vice chair of S&P Global, said at Davos last month that he had not seen such a focus on geopolitics in his twenty-five years of coming to the annual World Economic Forum meeting.

We should not be under any illusion that the attempt to “decouple” economies or reverse globalization is a product of the 2020s. Indeed, it has been a refrain for many politicians over the last ten years or so. Many communities have expressed grievances at missing out on the opportunities that come from globalization, or feel aggrieved by it. This has also fed into a skepticism of multilateralism and the multilateral system.

The reasons for this trend are multifaceted. They obviously include geopolitics, but the prospect of trade wars between the world’s largest two economies has cast a long shadow over the global economy during the last six years; the pandemic has had unprecedented impacts, including ongoing supply chain disruptions; and anxiety about affordable access to commodities and food has risen, contributing to this sentiment.

The fate of globalization—or at least the globalization in the form that we have known for the last three decades—possible geoeconomic fragmentation, as well as the future of multilateralism, has consequences for the oil industry that are extremely complex.

I suspect these issues will dominate OPEC’s work for the foreseeable future.

From a personal viewpoint, at times it feels like the world is at an inflection point, shifting away from global dialogue and cooperation to more restrictive silos. It is vital that we keep channels of communication open, work together, and maintain the multilateral approach to dealing with all global challenges.

In this regard, it has been immensely pleasing over the past six years to witness the evolution of the multilateral DoC between OPEC and non-OPEC producers.

It was not an easy task bringing everyone together; it took a great deal of diplomacy, and if I might say, buckets of toil and sweat. The efforts, however, were worth it.

Its collaborative nature, and its comprehensive, adaptable, and robust architecture, has allowed us to face a plethora of challenges head-on and navigate the many bumps in then road that have shaken the global economy.

I am proud to recall the way in which participants in the DoC helped pull the industry back from the brink of catastrophe following the downturn in 2014-2016. It was a monumental effort, but one that helped the industry rise again, like a phoenix from the ashes, and, in turn, had a positive impact on the global economy and worldwide trade.

Having the DoC in place also proved extremely beneficial in 2020, when there was a need to react quickly and forcefully in the face of the devastating pandemic.

We can never forget April 2020. Global demand was down by 20 million barrels a day; WTI plummeted into negative territory. These were visceral events, and I personally recall sitting there open-mouthed watching on TV how quickly WTI plunged on April 20.

But the DoC decisions taken in the same month helped right the ship, and set us on a course, albeit slowly, to recovery.

The DoC has, over the past six years, also been a shelter and a beacon of stability despite any geopolitically-induced turbulence.

The commitment of the DoC to a balanced and sustainable market was evidenced only last week when participants advanced the planned overall production adjustment for September 2022 into July and August. This was quickly welcomed by the US administration.

The importance of the DoC has also received backing from other producers, as well as from consumers. April 2020 proved just what can be achieved with the backing of major producers and consumers at the very highest levels of government.

With regard to the US, I am also personally gratified to have witnessed the evolution of our cooperation with a variety of US stakeholders over the past six years. I have sat in Washington, as well as in Abu Dhabi, and opened talks with US institutions, private sector bodies, and independent organizations.

I believe this stands the organization in good stead, with there now being a clearer understanding among engaged US stakeholders of just what OPEC is about.

It is cooperation, and a word I have already highlighted—multilateralism—that will be vital to OPEC’s and the industry’s future.

This is evident when we look at the energy transition.

At OPEC, we fully believe that the oil and gas industries are part of the solution; they possess vital resources and expertise that can help unlock our emissions-free future.

We are fully supportive of an energy transition that draws on the strengths of all energy forms, including oil and gas.

The challenges before us are enormous and complex. We have been delivered a stark reminder of this with the recent strains and conflicts related to energy affordability, energy security, and the need to reduce emissions playing out in regions across the world at the end of 2021 and into 2022.

Focusing on only one of these issues, while ignoring the others, can lead to unintended consequences, such as market distortions, heightened price volatility, and energy shortfalls.

It requires a delicate balancing act, comprehensive and sustainable solutions, and all voices at the table. It is an energy sustainability trilemma, with each piece of the jigsaw having to fit together.

We need to ensure energy is affordable for all; we need to transition to a more inclusive, fair, and equitable world in which every person has access to energy as referenced in UN Sustainable Development Goal 7; and we need to reduce emissions. Oil has a role to play in each part.

To put energy demand growth in some context, we see global energy demand rising by 28 percent in the period by 2045. This clearly requires huge investments.

In the oil industry alone, our World Oil Outlook sees required investments totaling $11.8 trillion through to 2045. These investments are essential for both producers and consumers, particularly given the huge investment drop of 30 percent seen in 2020.

However, we also hear conflicting statements on these issues as exhibited most recently by the G7 Ministers of Climate, Energy and the Environment. They called for oil and gas producing countries, including reference to OPEC, to play a key role in ensuring stable and sustainable global energy supplies, but at the same time committed themselves to end financing for most overseas fossil fuel projects by the end of 2022.

The saying, “You can’t have your cake and eat it too,” comes to mind.

To put it simply: if investments are not made globally, if the capital does not flow, and at the same time if consumers are still demanding the product, we could see further major energy insecurity in various forms.

Here, we also need to be cognizant of how oil and gas industry investments are being impacted by Environmental Social Governance (ESG) practices and the climate disclosure drive from the financial community.

The environmental aspect of ESG is perhaps outweighing the need to address social and development issues.

We need to work with all industry stakeholders to ensure an investment-friendly climate, with sufficient finance along with technology research and transfer; this climate must be sustainable and work for both producers and consumers, both developed and developing countries.

We have no doubt that the resources and expertise of the oil industry can be harnessed again to help develop cleaner and more efficient technological solutions, contributing to a reduction of emissions as part of unlocking a low-emissions future.

For example, carbon capture, utilization, and storage, including direct air capture, blue hydrogen, and other technologies, can be leveraged—along with the promotion of the Circular Carbon Economy—to improve overall environmental performance.

As I mentioned earlier, we need to follow all the right transition paths and appreciate that there is not just one path for all.

Different countries around the world have varying capabilities, needs, and priorities, particularly in relation to equity, historical responsibility and the principle of common but differentiated responsibilities and respective capabilities. Thus, reducing emissions has many avenues, as set out by the multilateral Intergovernmental Panel on Climate Change (IPCC), and we must consider all of them as viable options.

We need to connect all aspects of the energy sustainability trilemma.

Mohammed Sanusi Barkindo is the Secretary General of OPEC.