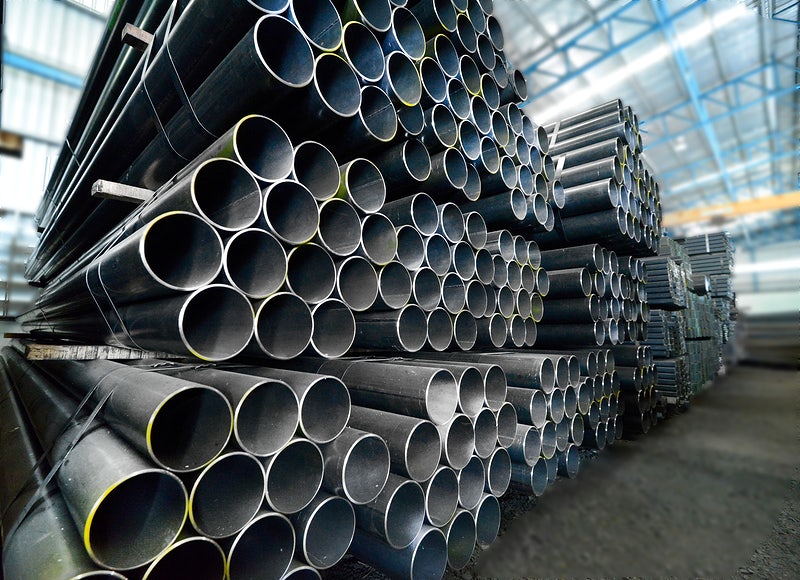 In countries with ambitious climate goals, the industrial sector faces a difficult path to drastically reduce direct greenhouse gas emissions from production while maintaining competitiveness in a growing global market. Heavy industry, including steel, cement and chemicals, accounts for nearly 40 percent of global CO2 emissions. Steel alone accounts for approximately 8 percent, and in order to meet the goals of the Paris Agreement, the industry must reduce its direct CO2 emissions by roughly 58 percent by 2050.

The transatlantic partnership has the potential to drive these efforts, particularly given its collective market power and regulatory influence. Industry on both sides of the Atlantic has already dedicated significant resources to capitalize on this window of opportunity. However, these efforts have thus far been made within a system that lacks standardization, methodology, and trade policy support, resulting in a global steel marketplace mired with overcapacity, leakage, unintended environmental externalities, and an uneven playing field for producers aiming to do their part. For low-carbon steel to become the global industry standard, thoughtful and comprehensive policy frameworks that allow for predictability and market harmonization must be deployed.

Efforts are already underway to harmonize global markets among trading partners. For instance, the October announcement of the EU-US global arrangement on steel and aluminum is an example of a climate-trade alignment between two major trading partners. The arrangement included the suspension of the Trump administration’s steel (25 percent) and aluminum (10 percent) import tariffs, along with the retaliatory EU-imposed tariffs and WTO filing. It also announced the creation of a technical working group between the EU and US to share data and develop a common methodology to assess embedded emissions in steel and aluminum.

The announcement came at an opportune time, as the EU also recently updated its Industrial Strategy and launched its “Fit for 55” package, an ambitious target to reduce emissions by 55 percent by 2030. One key provision strengthens the EU’s Emissions Trading Systems (ETS) to put more pressure on industries like steel. At the same time, the EU is moving to enact a new carbon border adjustment mechanism (CBAM) to address carbon leakage. The bloc expects that, with a supportive regulatory framework and right infrastructure, the steel sector could reduce CO2 emissions by 30 percent by 2030 and by 80-95 percent by 2050.

Across the Atlantic, the US steel industry produces relatively lower-carbon steel compared to its European counterpart, due in large part to its higher use of recycled scrap in production rather than outright climate policy efforts. However, the combination of the recent passage of the Biden administration’s Bipartisan Infrastructure bill and the “FAIR” Act proposed by Senator Coons suggests policies to discourage imports of carbon-intensive products are on the horizon. At the federal level, the Biden administration’s Federal Buy Clean Initiative is still in its infancy. However, at the state level, there is promising action, namely in California. The state’s Buy Clean California Act (BCCA) allows for Global Warming Potential standards to be calculated for building materials, including steel, and requires manufacturers to disclose Environmental Product Declarations for certain materials in building projects. Other states, including Washington, Oregon, Texas, Minnesota, New York, and New Jersey, have been quick to follow suit by introducing similar legislation.

Outside of the direct legislative arena, there are several groups proposing standards for low-carbon steel to help facilitate a level playing field across the industry. In June 2021, the Clean Energy Ministerial, coordinated by UNIDO, launched the Industrial Deep Decarbonisation Initiative (IDDI) which aims to spur policy development through market stimulation for low-carbon materials. ResponsibleSteel, in partnership with the Climate Group’s SteelZero Initiative, has developed international standards that rely on a two stage certification process that compares the sum of upstream emissions and methane emissions to a consistent end point (crude steel). RMI has initiated a Center for Climate-Aligned Finance—a part of which is focused on steel—and is also involved in the Coalition on Materials Emissions Transparency (COMET) framework, a collaborative initiative with a goal to create a universal greenhouse gas calculation framework for mineral and production supply chains.

The development of these methodologies, in a relatively short period of time, raises concerns as to how and which methodologies will be adopted and implemented, who will certify the product declarations, and what the potential long- and short-term consequences may be.

As standards for green steel continue to be developed and proposed, the effectiveness of any standard is likely to depend on its general acceptance; its success will be predicated on whether it follows a broadly shared methodology for measuring embedded emissions and whether the calculations made are familiar and accepted by industry. There are a number of priorities that should be considered before adopting a common standard:

While standard setting for low-carbon steel on a national and international scale has become a top priority, especially after last year’s EU-US arrangement, there is growing concern in the policy world about the transparency of the process and among industry that the standards set will lack the technical specificity and the flexibility necessary for production. As both sides of the Atlantic work towards advancing a green steel industry by scaling technology and advancing climate policies, industry leaders are advocating for a coherent regulatory framework to advance a green steel industry with a level playing field. In order to address today’s outstanding challenges towards advancing a green steel industry and pave the way for future decarbonization of other energy-intensive and trade-exposed industries, boundary setting, common methodology, scalable technological solutions, and procurement standards are a necessity.

Kelsey Forren is an associate director and Maia Sparkman is a program assistant at the Atlantic Council Global Energy Center.

The US should leverage 45Q for the graphite supply crunch

The US is staring down a significant shortfall in the supply of graphite, a critical mineral to the energy transition. Synthetic graphite production using captured carbon could be the way forward, and the 45Q tax credit is the best tool policymakers have to stimulate it.

The EU’s pending Batteries Regulation is an ambitious framework to impose strict sustainability standards on the technology most important to electrification. To secure access to the lucrative EU market, global battery manufacturers will need to clean up their supply chains. US policymakers should take heed.