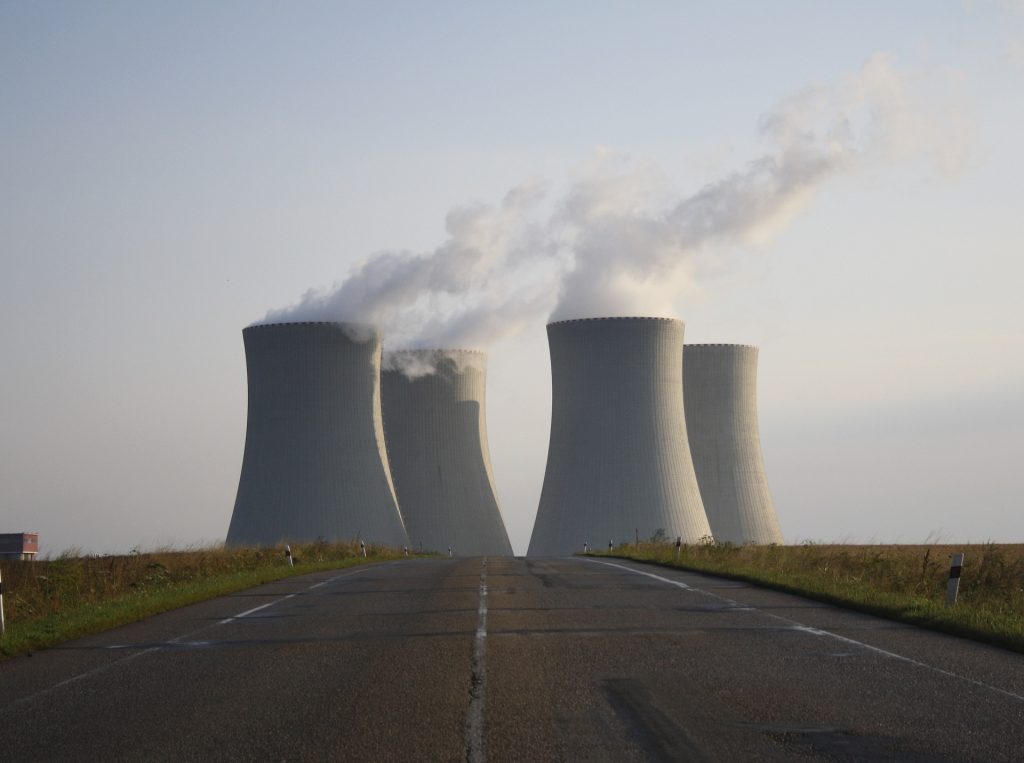 The recently released report, Restoring America’s Competitive Nuclear Energy Advantage, commissioned by the US Department of Energy’s (DOE) Nuclear Fuel Working Group, is an important step forward for US national security, the battle against climate change, and the health of the US economy. It also represents an important turning point for the United States.

Although the United States began the atomic age as the global leader in nuclear energy, the US government stopped its domestic reactor program at 102 reactors following the 1979 Three Mile Island Accident.

The US nuclear energy industry was cut off in its prime, ceding primacy to fossil fuel production. After decades of misguided policy, the DOE’s report puts the United States back on track in leading a worldwide nuclear energy system that is effective, reliable, and carbon free. To meet these goals, the recommendations in this report must be implemented as quickly as possible.

Global energy demand has risen steadily, and it will soon be augmented by the need to support an electricity-powered transportation sector as well as large seawater desalination plants as desertification intensifies as result of climate change. The US government has always insisted that strong nonproliferation standards be applied to international nuclear reactors. A strong, reliable, and capable US nuclear energy industry, both at home and abroad, that provides baseload, safeguarded, and carbon-free energy everywhere is much needed. This initiative is vital for US national security.

As the DOE report recommends, domestic nuclear power infrastructure should be expanded and significantly more power generators should be built—along the lines of what was envisaged in the past, most notably under the Atoms for Peace program. US global leadership in nuclear energy can be reestablished by funding the development of advanced nuclear fuels, investing in the national test reactor program, and supporting research and development of US advanced nuclear reactor technology, especially Generation IV reactors, of which there are several promising candidates. Furthermore, the US government can help bring small modular reactors and micro nuclear reactors to demonstration and use these technologies to power military facilities. Ultimately, the United States can take steps to strengthen its civil nuclear export program to reach additional foreign markets.

Second, the United States must level the playing field against its foreign competitors. Russia and China will be building two-thirds of the 107 currently planned nuclear power reactors around the world between now and 2030. Of course, many more reactors will have to be built in order to avoid the truly catastrophic effects of climate change while meeting increased global energy demand.

Through their state-owned nuclear enterprises, Russia and China are able to offer seemingly attractive financing packages to new-to-nuclear countries. Russia and China are likely also using the sale of their nuclear technologies to exert geopolitical pressure, and purchasing countries may ultimately find themselves entangled in disadvantageous debt relationship with the exporting states. Conversely, countries that enter into civil nuclear agreements with the United States and its allies stand to reap the intangible benefits of those agreements, such as closer political and economic relationships. Thus, it is imperative that the United States empowers, through government funding, its financial institutions to enable US nuclear companies to offer competitive financing. If the United States can leverage the full weight of its export financing institutions, it will not be long before it is back in a global leadership position. US civil nuclear technology is the best on the market, and the United States remains far more trusted on safety and nonproliferation standards than Russia or China. Interested third countries will buy US reactors if the United States can coordinate its institutions—from the Export-Import Bank and US International Development Finance Corporation to the Departments of State and Commerce—and offer American-made technology. The DOE Nuclear Fuel Working Group report is the first step in regaining US nuclear leadership.

Currently, the COVID-19 pandemic has caused much suffering around the world and has significantly depressed economies. However, it will pass, and when it does, the American economy will be back with all its strength, vitality, and capability to innovate. The United States must then be prepared to seize the day for nuclear power exports, with the DOE continuing to lead the way.

Ambassador Thomas Graham, Jr., is the Executive Chairman of Lightbridge Corporation and Co-Chairman of the Atlantic Council’s Nuclear Energy and National Security Coalition (NENSC). Follow NENSC on Twitter at @NENSCoalition

More by this author

Energy and the threat