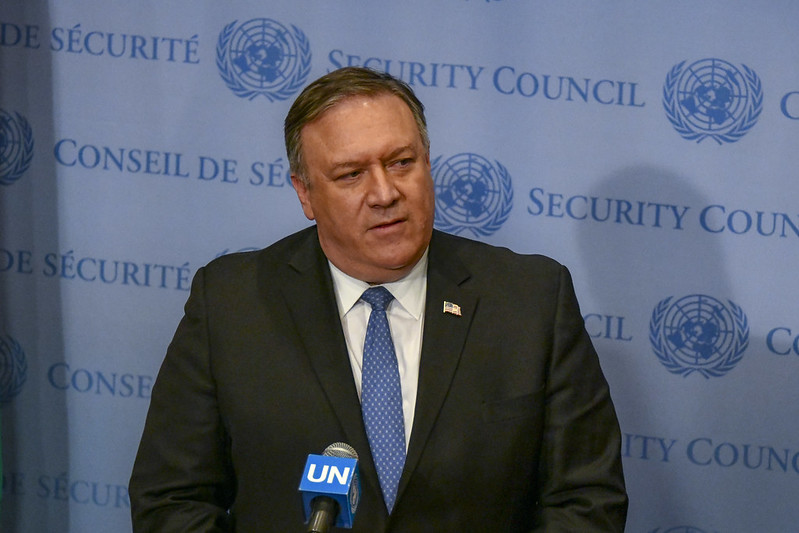 The effectiveness of any US policy needs to be measured against the primary objective it is seeking to accomplish.

With respect to Iran policy, in May 2018, the Trump Administration withdrew the United States from the multilateral nuclear accord with Iran (the Joint Comprehensive Plan of Action or JCPOA) and articulated specific demands for Iran to change its behavior in exchange for a new JCPOA and normalized relations with the United States. The demands pertaining to Iran’s regional activities, as stipulated in a May 21, 2018, speech by Secretary of State Mike Pompeo at the Heritage Foundation are that Iran:

The administration’s “maximum pressure” campaign has damaged Iran’s economy. In October 2019, the International Monetary Fund revised downward its estimates for Iran’s GDP for the March 2019-March 2020 period to a shrinkage of about 9.5 percent. In October 2019, Brian Hook, the State Department’s top Iran official, said the administration’s own estimates indicate Iran’s economy could shrink as much as 14 percent in that same period.

The termination of oil purchase sanctions exceptions has driven Iran’s vital oil exports to lows not seen since the 1980-88 Iran-Iraq War. Absent any oil-related sanctions, Iran’s baseline crude oil exports are about 2.5 million barrels per day. But, for all of October 2019, Iran exported about 250,000 barrels per day. The administration has asserted that the sanctions pressure has compelled Iran to decrease its financial support to its regional allies and proxies, and contributed to the outbreak of domestic violence in November in response to the government’s decision to reduce fuel subsidies.

The campaign has also had significant consequences for the United States. In May, Iran began to apply countervailing pressure on the United States and its allies by attacking Gulf oil shipping and Gulf state oil infrastructure. Most notable was the September 14, 2019 Iranian cruise missile strike on two Saudi oil processing facilities that knocked out half of all Saudi production for more than three weeks. To try to deter further such attacks, the United States has deployed 14,000 additional US forces to various facilities in the Persian Gulf states, adding to the 60,000 US forces that were already in theater, as well as sending additional missile defense batteries and US combat aircraft. The United States also established a multilateral maritime security operation, the International Maritime Security Construct.

Defense officials and reports indicate that the maximum pressure campaign has not weakened Iran strategically or caused a reduction in Iran’s regional influence. On November 23, in advance of the “Manama Dialogue” security conference in Bahrain, US Central Command commander Gen. Kenneth McKenzie publicly assessed that the US buildup would deter Iranian attacks on US targets, but that “….it is very possible [that Iran] will attack [Gulf state targets] again.”

In the aggregate, Tehran is able, despite the maximum pressure campaign, to deter an assault on Iran by threatening to inflict substantial damage…

Gen. McKenzie’s comments reinforced the conclusions of the 2019 version of the Defense Intelligence Agency’s report on the military power of Iran, released in mid-November. The report indicated that Iran has been able to develop cruise and ballistic missiles, mines, drones, and other weaponry, and to supply these and other weapons to its regional allies and proxies. In the aggregate, Tehran is able, despite the maximum pressure campaign, to deter an assault on Iran by threatening to inflict substantial damage on the attacker or the attacker’s regional allies and interests. Some Iranian allies and proxies—including those in Lebanon and Iraq—are being challenged by protest movements. But the connection of those protests to US sanctions on, or policy toward, Iran is unclear.

Iran appeared, during the early fall, willing to enter into talks with the United States on a new JCPOA, amid suggestions by some European leaders that Iran might agree to extend limits on its nuclear program and accept curbs on its longer range missile programs as well. Such an outcome would represent a clear product of US sanctions pressure. However, there have been no indications that Iran is willing to accept, in any negotiation, the core goals of the US maximum pressure strategy—the retrenchment of Iran’s regional power projection capabilities and support for any of its regional allies.

Iran protests: Something has to give

At midnight on November 15, the Iranian government announced it was hiking petrol prices by at least 50 percent. Although the government justified the measure—itself part of badly-needed structural reforms—as a means of generating cash handouts for 60 million of the country’s poorest citizens (or 75 percent of the population), it triggered large-scale protests across […]

Iran’s most recent step to breach the nuclear restrictions in the 2015 multilateral deal known as the Joint Comprehensive Plan of Action (JCPOA) does not pose a near-term proliferation risk, but it is a significant escalation by Tehran that risks shutting the door on negotiations to restore compliance with the accord. Iranian President Hassan Rouhani […]

By Jack A. Goldstone

There are half a dozen reasons why the Islamic Republic has been so resilient in the face of extraordinary internal and external pressures.