As nuclear talks in Vienna continue their halting progress, a look at the backgrounds of the key members of the Iranian negotiating team may help explain why it has been so difficult to revive the 2015 Joint Comprehensive Plan of Action (JCPOA). Several are associated with failed talks that occurred under President Mahmoud Ahmadinejad (2005-2013) and were opponents of the multilateral accord, while others are apolitical technocrats.

Hamid-Reza Asgari is a former head of the Supreme National Security Council’s Nuclear Committee. He has been involved in nuclear negotiations for over a decade and headed Iran’s team of experts as the chief nuclear negotiator during the tenure of Saeed Jalili (2008-2013). Asgari, who has an undergraduate degree in theology and was reportedly director general of international organizations in the Intelligence Ministry, is said to belong to “Ammar Encampment,” a collection of ultra conservative high-level officials who opposed former President Hassan Rouhani’s nuclear diplomacy. In a December 2021 editorial that he penned in Afarinesh, Asgari argued that, even if Iran manages to lift sanctions, Western firms would not be willing to invest in Iran.

Shockingly, Mehdi Hashemi, son of former President Ali Akbar Hashemi Rafsanjani—who was sentenced in 2015 to a ten-year prison term for alleged embezzlement, bribery, and crimes related to security matters—has claimed that Asgari was one of his interrogators in prison. Asgari has also been mentioned as the interrogator who dealt with the cases of Shahin Dadkhah and Seyed Hossein Mousavian, two former members of the nuclear team accused of espionage, and Hengameh Shahidi, a journalist and advisor to former Speaker of Parliament and Green Movement leader Mehdi Karroubi, who has been under house arrest since 2011.

Ahmad Assadzadeh was the secretary of the Energy Committee of the Secretariat of the Supreme National Security Council for a decade, and was then put in charge of the Latin American desk of the Oil Ministry’s International Affairs and Trade bureau. In September 2021, he was appointed as acting deputy minister of Trade and International Affairs of the Oil Ministry. He has a bachelor’s degree in petroleum engineering from the University of Petroleum Industry and is completing a doctorate in strategic management at Iran’s National Defense University.

Esmaeil Baghaei Hamaneh joined the foreign ministry in 2000 and has held the following positions: legal adviser and expert on the Sixth Committee at the Permanent Mission of Iran to the United Nations (UN) in New York (2006-2011); deputy head and then head of the Division for Treaties and International Law at the Foreign Ministry (2011-2015); senior adviser to Abbas Araghchi, the former deputy chief nuclear negotiator under Rouhani (2013-2021); director general of the JCPOA Implementation Task Force at the Foreign Ministry (2015-2018); ambassador and permanent representative to the UN office in Geneva (since 2018). Baghaei Hamaneh has a master’s degree in international law from Shahid Beheshti University and a second master’s in diplomacy and international organizations from the School of International Relations affiliated with the Foreign Ministry. He is currently a PhD candidate in public international law at Tehran University. He has previously written mainly on subjects such as terrorism and international organizations.

Ali Bagheri-Kani (born 1967), who is currently serving as Iran’s chief nuclear negotiator, comes from a prominent and well-connected family. His father, Ayatollah Mohammad-Bagher Bagheri, was a member of the Assembly of Experts—the body charged with selecting and overseeing the performance of the Supreme Leader—for twenty-three years. His brother is a son-in-law of the current Supreme Leader Ayatollah Ali Khamenei and his uncle, Ayatollah Mohammad-Reza Mahdavi-Kani, served as interior minister and interim prime minister and was a member of a host of powerful bodies, including the Revolutionary Council, Expediency Council, Guardian Council, and Assembly of Experts.

Bagheri-Kani was trained as an economist at Imam Sadeq University, a pipeline for conservative officials that is run by his relatives. He has been in charge of the European Affairs of the Foreign Ministry (2006-2008), served as a foreign policy deputy in the Supreme Council for National Security (2008-2013), and was a member of the nuclear negotiating team under Saeed Jalili from 2008 to 2013. In 2013, he headed Jalili’s failed presidential campaign against Rouhani. Most recently, Bagheri-Kani served as the deputy for international affairs in the judiciary and secretary of the High Council for Human Rights—a body mainly charged with defending Iran’s record from international criticism—from 2019-2021.

Ali Fekri joined Iran’s foreign ministry in 1996 and was appointed deputy minister of Economic Affairs and Finance and head of the Organization for Investment, Economic and Technical Assistance of Iran in September 2021. He has formerly served as economic advisor at Iran’s embassy in China (2008-2012) and in Italy (2014-2017), head of the Economic Planning Department of the Foreign Ministry (2017-2018), head of the Office of Sanctions Monitoring and Confrontation (2018-2020), and Iran’s deputy chief of mission to China (2020-2021). Fekri earned his doctorate in economics from Isfahan University and has been a professor at Imam Sadeq University.

Reza Najafi has been deputy foreign minister for international and legal affairs since October 2021. He earned his doctorate in international law from Tehran University and has previously held the following posts: first counselor of the Iranian Mission to the United Nations in New York (2002-2006), director general for International Peace and Security of the Foreign Ministry (2006-2013), and Iran’s ambassador to the International Atomic Energy Agency in Vienna (2013-2018). Najafi was a prisoner of war during the eight-year Iran-Iraq War.

Gholam-Reza Panahi is an executive board member (since 2014) and vice governor of the Central Bank of Iran (Foreign Exchange Affairs). He has a master’s in banking science management from Iran’s Institute of Banking Sciences. Panahi has been a deputy for International Banking and Foreign Exchange Affairs of Bank Melli Iran (2018-2021), has chaired the Bank’s High Committee for Combating Money Laundering, and been a member of Supreme Credit Committee, Bank Melli Iran, Dubai, and non-executive board member of Melli Bank PLC, London.

Behzad Saberi-Ansari was previously deputy chancellor of the School of International Relations (2003-2007), legal expert at Iran’s embassy in The Hague (2007-2011), alternate permanent representative of Iran to the United Nations in Vienna (2013-present), and director general for International Legal Affairs of the Foreign Ministry (since 2020). He was an assistant to nuclear negotiator Abbas Araghchi during earlier rounds of nuclear negotiations and became a senior advisor to then Foreign Minister Mohammad Javad Zarif in January 2019. Saberi-Ansari earned his master’s degree from Tehran University in 2002 and his doctoral degree in international law at Tehran University in 2011, and has written a book on treaties and another on the World Intellectual Property Organization.

Mehdi Safari is deputy foreign minister for economic diplomacy. In 2009, he was nominated to be ambassador to Britain, but was dispatched as ambassador to China (2010-2014) a year later after Iran’s relations with Britain worsened. Safari has also been chargé d’affaires of Iran in Germany (1989-1991), ambassador to Austria (1992-1995) and Russia (1995-2001), and deputy foreign minister for Asia, Oceania, and the Commonwealth and then for European Affairs (2005-2009). As an experienced diplomat, he was Iran’s envoy in negotiations over the legal status of the Caspian Sea. Safari has a doctorate in electronics and telecommunication and, unlike most of the other members of the negotiating team, has been a student in the US, where he studied political science at George Washington University.

Ebrahim Sheibani (born 1948), an economist by trade, also has an American education. He earned his master’s and doctorate in economics from Indiana University Bloomington in 1981 and 1983, respectively. He returned to Iran in 1983 and, for the next two decades, served as the chairman of the Money and Credit Council, a monetary policy-making body, the Stock Exchange Council, and the Banks Supreme Council of Iran. He also held senior posts in the Management and Planning Organization and the Statistical Center of Iran. Sheibani has also been a professor of economics at Tehran University since 1991 (now retired) and deputy president of the Central Bank of Iran (1989-2003). More significantly, his roles have been governor of the Central Bank of Iran (2003-2007) and ambassador to Austria, Slovenia, and Slovakia (2008-2014). In June 2014, he was appointed by the Supreme Leader as a member of the Strategic Council on Foreign Relations and served as the chief of its economic commission.

Mehrzad Boroujerdi is a professor of international affairs and director of the School of Public and International Affairs at Virginia Tech. Among his many books and publications is Post-revolutionary Iran: A Political Handbook, co-authored with Kourosh Rahimkhani. 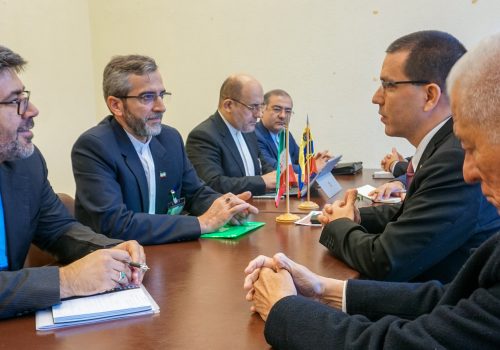 What will Raisi’s cabinet look like? Hardline and full of war vets.

Considering Ebrahim Raisi’s lack of experience in foreign policy and economic affairs, the success of his administration will depend to some extent on who he will pick for his cabinet. 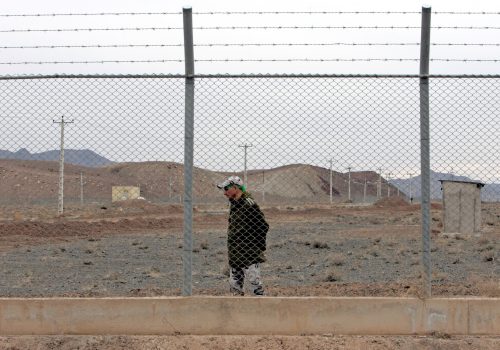