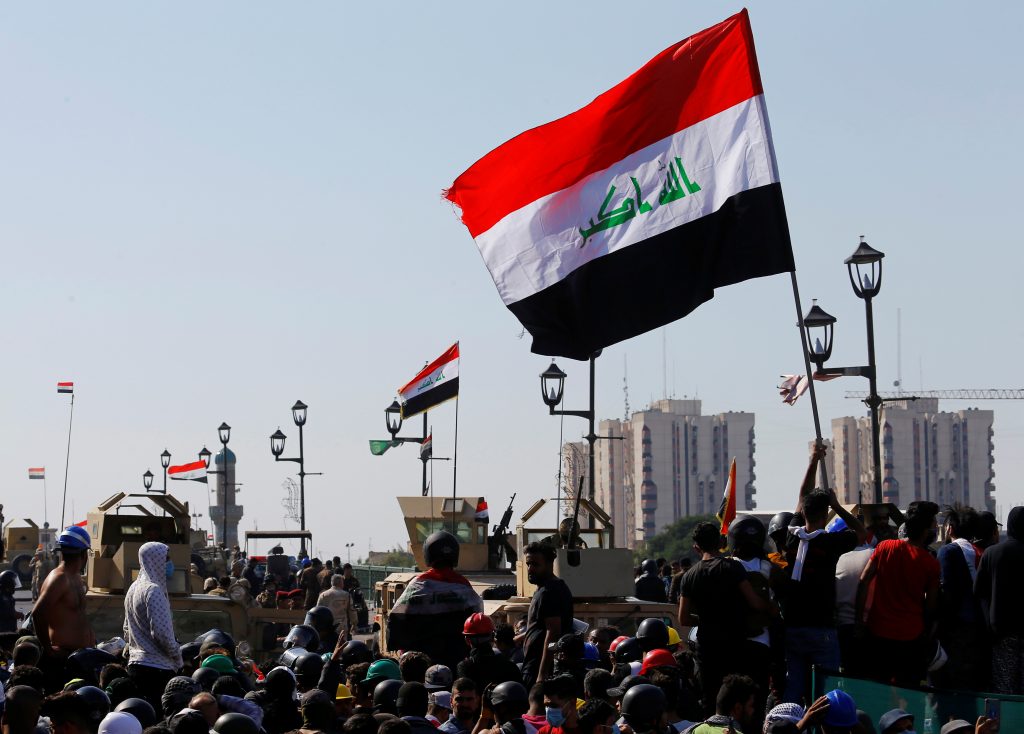 When the 2011 Arab Spring swept across the Middle East, Iran’s leadership embraced the revolutions as an Islamic Awakening, with the notable exception of Syria where Tehran saw the demonstrations as a grave threat to its security and relationship with its sole regional ally.

This year the Middle East is arguably experiencing an “Arab Spring 2.0”. Protests have erupted in Algeria, Iraq, Lebanon, and Sudan—all of which managed to mostly weather the first wave of Arab uprisings in 2011. This time around, Tehran is not welcoming the mobilization of anti-government protestors demanding fundamental reforms in countries where the Islamic Republic has spent many years investing its political and economic capital. The unrest in Iraq and Lebanon has been extremely problematic for Iranian interests as these two countries are critical to Tehran’s geopolitical position in the Middle East.

In Iraq, Prime Minister Adil Abdul-Mahdi is facing popular protests stemming from the dire economic situation, lack of basic services, and corruption in the country. Meanwhile, in Lebanon plans to tax the messaging application WhatsApp to make up for the government’s fiscal deficit brought many to the streets, eventually forcing Prime Minister Saad al-Hariri to resign. Ultimately, this announced tax was the straw that broke the camel’s back following decades of corruption, economic mismanagement, nepotism, and state negligence on the part of Lebanon’s political ruling class.

Iran’s reaction to the “Arab Spring 2.0” however, has been fundamentally different. Late in October, Supreme Leader Ayatollah Ali Khamenei warned that “arrogant powers—above all, the US—and western intelligence services are creating chaos in some of our neighboring regional countries with money from some reactionary countries in the region.” As Iran’s Supreme Leader sees it, these actors seek to drive a wedge between two Shia power centers: Tehran and Baghdad. He also called on protestors to seek their “legitimate” demands through legal structures. Reports further indicate that Iran secretly dispatched Islamic Revolutionary Guard Corps Quds Force Commander Qassem Soleimani to Iraq, urging Baghdad to quell the protests; Soleimani had further called on Shia groups to continue supporting Prime Minister Abdul-Mahdi.

Tehran has vested strategic interests in Iraq and Lebanon’s political orders being Iran-friendly, as they remain critical in countering the influence of the US, Israel, Saudi Arabia, and other regional actors. The future and stability of Iraq has historically been critical to Iran’s security interests. First, Iran seeks to prevent the re-emergence of Iraq as a threat. The horrible experiences of the bloody eight-year conflict with Saddam Hussein during the 1980s compels Iran to ensure that its friends remain in power in Baghdad. Furthermore, a friendly Iraq can act as a buffer zone between Iran and its chief regional rival, Saudi Arabia, whereas a pro-Saudi government in Iraq could heavily tilt the balance of power in favor of Riyadh.

Iran’s reaction to the Islamic State of Iraq and al-Sham’s (ISIS) meteoric rise to power was illustrative of the country’s vested interest in the stability of the Shia central government in Baghdad. Under the command of General Soleimani, Iran quickly dispatched Shia recruitments to fight ISIS, and even sent its air force to attack the Caliphate’s positions inside Iraq.

Now that the threat of ISIS has diminished, Iran must contend with a situation in Iraq whereby many Iraqis are now voicing their anger at the dire economic situation and what they see as excessive Iranian meddling in Iraqi affairs. Ironically, Soleimani, who was once hailed by Iraqis for pushing back ISIS, is now being portrayed as a villain. The storming of Iran’s consulate in the holy Shia city of Karbala on November 3 was a major blow to the Islamic Republic’s prestige and soft-power influence in Shia-majority southern Iraq.

The Lebanese militant group Hezbollah, which is Iran’s most strategically prized asset in the Middle East, has been extremely effective in terms of helping the Islamic Republic strengthen its geopolitical position vis-à-vis Western and regional adversaries, powerfully demonstrated during the 2006 war with Israel and Hezbollah’s intervention in the Syrian civil war. A major incentive that Iran had for buttressing the embattled government led by Bashar al-Assad, even under crippling international sanctions, was to ensure that supply lines to Hezbollah were never jeopardized. Yet Lebanon’s protests have somewhat pushed the Shia group into a corner. Having invested heavily in the Shia group since the 1980s, Tehran fears how Lebanon’s uprising could unfold in ways that leave Hezbollah weaker. Iranian officials realize that Hezbollah has become a party within Lebanon’s corrupt political establishment that protestors want overthrown. Moreover, there are Lebanese Shia publicly voicing frustration with Hezbollah’s Secretary General Hassan Nasrallah. Up until the protests that was almost unimaginable.

From Iran’s perspective, the possibility of either the Iraqi prime minister being ousted, or Hezbollah being pushed further up against the wall are extremely unsettling.

From Iran’s perspective, the possibility of either the Iraqi prime minister being ousted, or Hezbollah being pushed further up against the wall are extremely unsettling. Furthermore, Tehran has legitimate reasons to be concerned about the possibility of the wave of protests reaching Iranian cities. While the founder of the Islamic Republic, Ayatollah Ruhollah Khomeini, famously noted that the Islamic revolution was not about “the price of melon,” Iran under the US economic strangulation is facing similar problems that are fueling the spontaneous unrest in Iraq and Lebanon. By urging swift responses, Tehran seeks to not only maintain its strategic influence in its periphery, but to also nip the protests in the bud for fears that it may spark unrest at home.

Despite efforts to counter Iranian influence in the Middle East, Iran since the post-2003 Iraq invasion has been able to strengthen and enhance its geopolitical position in the region, at the expense of its adversaries. However, it is the protest movements in Iraq and Lebanon that may actually succeed in terms of diminishing Tehran’s soft power in the region.

Sina Azodi is a foreign policy advisor at Gulf State Analytics, a Washington-based geopolitical risk consultancy. He is also a PhD candidate in international relations at University of South Florida. Follow him on Twitter: @Azodiac83.

For two weeks, Lebanon has been witnessing countrywide protests demanding the downfall of the current government. Unprecedented for Lebanon, the protests—encompassing around 2 million people or approximately half the country’s citizens—are pan-sectarian and non-partisan, demanding economic reform and the dismantling of the sectarian system that has dominated the country since its inception. Despite the display […]

At their core, the problems in Iraq and Lebanon are the same as those in Iran, as they are in Egypt, Syria, Algeria and elsewhere in the Middle East: castes of entrenched, corrupt and incompetent rulers lord over young populations yearning for better lives.