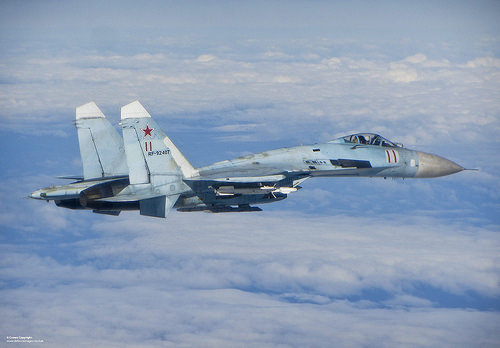 It might appear natural that focus on Baltic Sea security would have come quickly for NATO after the Russian annexation of Crimea in March 2014, but this was not the case.

NATO had in the past decade taken a fragmented view of the region, on the basis of individual incidents, such as the Russian cyberattack on Estonia in 2007 and the Russian invasion of Georgia in 2008. Some measures had been implemented such as the temporary deployment of a US Patriot air defence system in Poland in 2010 and a while later NATO agreeing to prepare contingency defense plans for the Baltic countries. Then in the autumn of 2013, the “Steadfast Jazz” exercise was launched, NATO’s first exercise since the end of the Cold War to focus on collective defence training.

The focus on Baltic security thus has involved a strategic shift for the alliance. This occurred gradually from autumn 2014 to spring 2015, and three main factors drove the development.

The shift began after the repeated Russian incursions into Nordic and Baltic air space and an intensive submarine hunt in Stockholm’s archipelago in October 2014. Reuters’ top news story on 28 October 2014 was “Nordic, Baltic states face ‘new normal’ of Russian military threat”. The article was widely spread and that NATO’s Deputy Assistant Secretary General James Appathurai posted on his official Facebook page, with the comment: “Nordic ripples from the rock Russia has thrown in the European pond…”.

These events led to internal discussions within NATO, since both members and partners were affected by Russian activities. The term “new normal” came to be a guideline to describe increased Russian military activity and aggression in the region. It helped shape a common perception and understanding of the Russian threat and that it was not temporary, which was a fundamental factor in moving the alliance forward.

Secondly, the more NATO looked at the region, the clearer it became that it must be viewed as one military strategic area.

With the short distances involved, in combination with the long range of today’s weapons systems, and modern society’s vulnerability, not least in terms of IT systems and energy flows, mutual dependency was great, regardless of whether the countries around the Baltic Sea were members of the alliance or not.

The third factor that supported NATO engagement for enhanced partnership on Baltic Sea security was the fact that it did not appear likely that NATO membership would come any time soon neither in Sweden nor in Finland.

Not all members of the alliance were in favour of enhanced partnerships with Sweden and Finland. There were doubts, for instance among the Baltic states, to whether this would actually strengthen NATO. Was there not rather a risk that it would blur the distinction between members and non-members, thus undermining the collective defence commitment? Would it not simply be better for Baltic Sea security if Sweden and Finland joined the alliance?

So NATO had to settle for closer cooperation with Sweden and Finland within the partnership framework, while giving it a new – closer to home – content. Not to deepen collaboration at all appeared as a worse option, given the new normal.

Denmark has played a key role, with some support from the United Kingdom, putting Baltic Sea security and the perspective of relevant partners on NATO’s agenda. This may seem surprising given the fact that Denmark has traditionally not been among the prime movers in Nordic military cooperation. However the situation in Crimea and eastern Ukraine has caused Denmark to feel the need to connect Sweden and Finland more closely with NATO so as to reinforce security in the region, according to Danish foreign minister Martin Lidegaard.

On April 22, 2015, for the first time in many years, the North Atlantic Council (NAC) discussed the security situation in the Baltic Sea region. The structure of the meeting, with 28 alliance members plus Sweden and Finland, was also new. The basis for discussion was the military assessment with its focus on a new normal, in which Russia’s intensified activities could no longer be considered as a passing storm.

The conclusion about a new normal received wide agreement around the table. The question then became how this new situation should be handled. On a Danish initiative, a number of areas were identified where cooperation with Sweden and Finland should be intensified in the future: the exchange of situational awareness in the region, the exchange of information about hybrid warfare, connection with NATO’s rapid reaction forces and coordination of training and exercises in the region.

The United Kingdom proposed a road map for the intensified cooperation with Finland and Sweden.

The decision was that NATO should work on these issues further in relevant working groups. NATO’s military organisation was also to prepare a strategic analysis of the security situation in the Baltic region by November 2015, with contributions from Sweden and Finland. The analysis was then expected to form the basis for a report to the North Atlantic Council before the meeting of foreign ministers in December 2015.

What does this mean for Sweden?

This process has coincided with Sweden looking more closely at its security policy doctrine of 2009 and what it actually implies with regard to being able to “give and take support” in relation to Baltic Sea neighbours, including alliance members. In light of this, Sweden has signed a host nation agreement with NATO and intensified the bilateral military collaboration with Finland, Denmark and most recently, also Poland.

The challenge lies in keeping Baltic Sea security high on the alliance’s agenda beyond 2015, in competition with the ravages of the Islamic State, terrorism, enormous flows of migrants as well as the continuing tense position in East Asia. Meanwhile, as the new normal suggests, Russian behaviour and its implications when it comes to both the military environment and hybrid threats that mainly target civil sectors, is most likely to continue, and might intensify.

A Baltic Sea Commission the next step?

The question is whether the ordinary consultation mechanisms will be sufficient or whether a specific Baltic Sea Commission should be established for Sweden, Finland and NATO, similar to the way in which Ukraine and some other countries have regulated their collaboration with the alliance. Such a Commission could ensure a continued political dialogue, help shape a common understanding of problems and provide a solid structure for the security issues of the region in challenging and worrisome times.

Anna Wieslander is Deputy Director of the Swedish Institute of International Affairs.