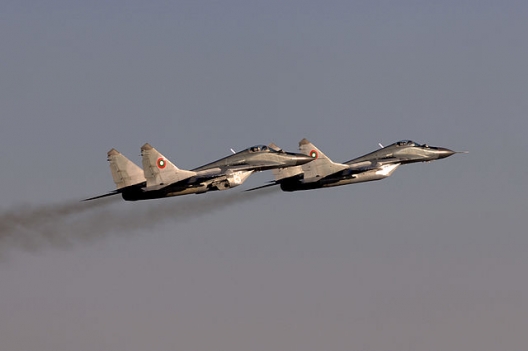 Foreign Minister Kristian Vigenin accurately highlighted the problem facing the Bulgarian air force when he lamented the aging inventory of Bulgarian aircraft. Their primary fighter, the MiG-29, is still dependent on Russian technical assistance at a time when Bulgarian aircraft are intercepting Russian aircraft. To compound the issue, the Bulgarians are forced to scramble multiple interceptors for every Russian flight detected, which is causing unaffordable wear and tear on an already stretched force. In the last year alone, the Bulgarians have reportedly scrambled more flights than in the previous 20 years combined.

Despite putting on a brave front, Bulgaria cannot escape the fact that it is severely outmatched in the air. Should Moscow decide to exert a stronger presence in the skies above Sofia, there is little Bulgaria could do to resist. An air policing agreement with Turkey and Romania might conceivably result in an effective deterrent, but it remains to be seen whether there is enough political will to turn a Bulgarian aspiration into a reality.