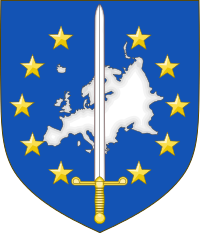 The European Union is a strategic drifter, unclear about its world role, unable to articulate a purpose and divided in its perception of external threats. This invites exploitation by other powers (Russia and China in particular) eager to reestablish their own standing in the world or to chip away at U.S. security and interests. The Continent thus faces questions about its long-term stability amid the prospect of new conventional threats. More dynamic and aggressive powers—Russia, Iran and China—are unlikely to leave a weak and divided Europe alone. . . . The EU’S member states do not agree on the nature of external threats. This is not new, of course. Estonia and Poland traditionally have had little in common with, for example, France or Italy. The EU has no power to change geographic realities; events in Moscow or Tunisia cannot be controlled by Europe and affect various European states very differently. Tunisian or Libyan refugees landing on Sicilian beaches do not produce prominent headlines in Great Britain, while the potential placement of Russian Iskander medium-range ballistic missiles in Kaliningrad is not deemed to be a problem in Athens. . . .

Now, however, such divergent views are leading to divergent actions, and this can undermine the concept of European unity, as well as EU security itself. This is not based on any dispassionate analysis of the nature of external threats but rather on domestic concerns about unemployment and deficits that drive foreign-policy decisions. Consider the case of France’s 2011 sale to Russia of Mistral-class ships capable of carrying helicopters and amphibious vehicles. Paris ignored heated opposition to this sale from leaders of Central and Eastern European nations. The final agreement, envisaging the sale of two Mistrals and the further construction in Russia of two more, was a watershed event because it indicated it can be permissible for a European state to transfer high-tech military platforms to a nation deemed threatening by other Europeans. Because this transfer undermined an already-tenuous belief in European solidarity, for Russia this was a political victory more than a simple improvement of military capabilities. The message was: watch out, Georgia and Estonia (and other states along the eastern frontier), because France will not protect you. In France, meanwhile, the decision seemed to have been driven by domestic politics and economic considerations—namely, the desire to keep a shipyard working and thus avoid thousands of layoffs that would have hampered an already-dire economic situation and a tenuous political climate. By adding the latest technologies and communications systems to the Mistral hulls, France signaled its openness to further business deals geared toward modernizing the Russian military. . . .

The most immediate impact of such business deals is that the European eastern frontier becomes more vulnerable. . . .

No doubt this resurgence of territorial fear has been spurred in part by Putin’s persistent tough-guy rhetoric harkening back to the days of Russian empire. The 2008 war in Georgia, aggressive Russian military exercises adjacent to the Baltic states and Poland, and growing authoritarianism in Moscow are seen by some, correctly in my view, as evidence of a bellicose and revisionist Russia. Furthermore, the apparent American disengagement from Europe in favor of Asia and the Middle East, accompanied by a poorly thought-out “reset” with Russia, generated further fears of a weakening strategic assurance to the most vulnerable NATO members. To be sure, the preoccupation with territorial security along Europe’s eastern frontier has multiple causes. But the lack of European unity on security concerns, and the German and French contributions to the modernization of the Russian army in particular, are especially troublesome because they undermine the persistent attempts to build up a unified EU security and defense structure. . . .

As a result, some European states are arming themselves and pursuing their own defensive objectives with increased vigor and decisiveness. Poland, for instance, has purchased Norwegian antiship missiles for coastal defense, clearly in a move to deter potential Russian maritime forays. Furthermore, over the past year, Warsaw has made it clear that it plans to build a missile-defense system that would protect it against short- and medium-range ballistic missiles, as well as against aircraft and cruise missiles. (This is separate from the proposed American missile-defense system that would have been hosted by Poland and geared to intercept long-range missiles from the Middle East and North Africa.) In an August 2012 interview, Polish president Bronislaw Komorowski argued that “Poland must have this element of defense,” implying that the country cannot rely on European efforts and certainly not on the vagaries of U.S. electoral politics for protection against short- and medium-range missiles. The system would shield Poland from Russian missiles (the Iskander) that Moscow is planning to deploy in the Kaliningrad district.

Finland is another EU member that is aggressively developing strong conventional capabilities to deter Russia. Recently, for example, it has purchased U.S. air-to-surface missiles (the AGM-158 JASSM) that no other NATO country so far possesses. The rationale behind the purchase is straightforward: Finland cannot count on Europe to guarantee its security. As a Finnish analyst put it, the U.S.-Finnish deal

suggests that clear-eyed realism drives Finnish security policy thinking: that Finland knows that it is still the United States that serves as the European bulwark (and provider of guarantees) against potential external aggression; and, that NATO is a necessary but not sufficient component for broader European defence, mainly because most European states have ignored their own defence for too long.

If most of Europe is not willing to spend money to defend itself, and if it thinks it can gain by arming Russia, then the frontier states have little choice but to arm themselves. . . .

Indeed, discussions on conventional deterrence, a topic that many Europeans consider antiquated, are lively in Central Europe. The premise is that war of a large, industrial scale is unlikely, but that the possibility of a small-scale, limited-aims assault by Russia is certainly not zero. The question then arises as to how to defend oneself from such an attack. The answer: to buy time by increasing costs to the assaulting army and by denying it the benefit of a quick fait accompli. The only way to do so is by acquiring sufficient denial capabilities (such as antiship missiles or theater missile defenses) that would impose unbearable costs on the Russian advance and give sufficient time for NATO consultative mechanisms and plans to work. . . .

The bottom line is that a renewed interest in conventional deterrence and recent military acquisitions are symptoms of the recognition that the crisis in Europe is having a negative impact on the willingness and ability of both EU and NATO members to provide adequate defenses to the Continent.

Weak allies are unreliable allies. The United States might well ponder this reality as it contemplates its ongoing relationship with Europe. The persistent EU financial crisis will continue to weaken Europe militarily as well as economically. . . .

The American provision of security is necessary but insufficient. After all, the United States has done this for the past several decades, and Europe nonetheless has descended into economic stagnation and political morass. In other words, the U.S. security umbrella may enable European decisions that could reverse the Continent’s current decline, but it cannot generate such decisions.

Jakub Grygiel is the George H. W. Bush Associate Professor of International Relations at Johns Hopkins University’s School of Advanced International Studies. He is also a senior fellow at the Foreign Policy Research Institute and the Center for European Policy Analysis.