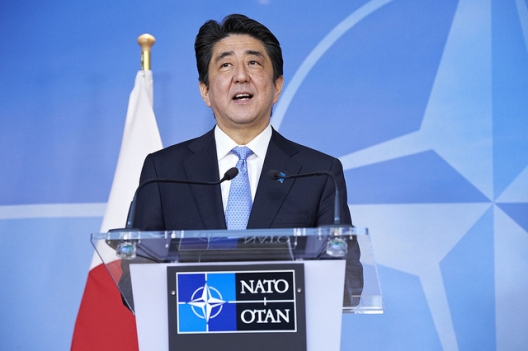 From Tim Kelly and Nobuhiro Kubo, Reuters:  Japan is interested in joining a NATO missile building consortium that would give Tokyo its first taste of a multinational defense project, a move the U.S. Navy is encouraging because it could pave the way for Japan to lead similar partnerships in Asia, sources said.

The 12-country NATO consortium oversees development and shares the costs of the SeaSparrow missile, an advanced ship-borne weapon designed to destroy anti-ship sea-skimming missiles and attack aircraft. The missile is made by U.S. weapons firms Raytheon and General Dynamics….

Having Japan on board would spread the project’s costs, but Washington also sees a role for Japan in leading multinational military industrial partnerships in Asia at a time when China’s military modernization and assertiveness is alarming many countries in the region, said the U.S. source.

Such partnerships, which are rare in Asia, would create a network of security ties beyond formal military alliances that mostly involve Washington and its various regional allies.

“We think this project will allow Japan to lay the groundwork for further defense export programs in the future,” the U.S. source said. “We would welcome this kind of security cooperation activity by Japan in the region….”

Japan’s navy already uses the SeaSparrow missile, which is assembled locally by Mitsubishi Electric under a co-production agreement with NATO and the U.S. manufacturers.

That would make the transition to a full consortium partner easier, said the U.S. source.

From Andrea Shalal, Reuters [June 7, 2015]:  The United States and Japan on Sunday [June 7, 2015] announced the first live fire test of Raytheon Co’s new Standard Missile-3 (SM-3) Block IIA missile that is being jointly developed by the two countries for a combined cost of around $2 billion….

The SM-3 IIA is a 21-inch variant of an earlier SM-3 missile, which works with the U.S. Aegis combat system built by Lockheed Martin Corp to destroy incoming ballistic missile threats in space….

“It is the U.S. Department of Defense’s best case of equal funding and engineering shared with an allied country to develop and … field a new weapon system to better enhance the national security of both nations,” [Founder of the Missile Defense Advocacy Alliance Riki] Ellison said in a statement….

Ellison said three more years of testing were planned for the new missile before it was put to use on U.S. Navy Aegis ships, Japan’s Kongo ships, and at land-based Aegis Ashore sites in Poland and Romania.

From Chester Dawson, Wall Street Journal [December 9, 2012]:  Japan’s multilayered ballistic-missile defense program using licensed U.S. technology has been moving quietly in recent years from the drawing board to full deployment nationwide.As part of the plan, starting as early as 2018, Japan is expected to begin full-scale production of a new generation of powerful interceptors developed jointly with the U.S., which wants the Japanese to export these missiles to other nations, in line with the recent softening of Tokyo’s decades-old ban on most weapons shipments.

The latest state-of-the-art Japanese system uses both land-based Patriot-missile batteries and sea-based Aegis naval destroyers, along with dozens of radars. That makes Japan the only country outside the U.S. with both low-level and upper-tier defenses capable of intercepting threats beyond Earth’s atmosphere.”Japan is at the leading edge in that it’s the only nation other than the U.S. with SM-3″ intermediate-range missile interceptors, said Shinichi Ogawa, a professor at Ritsumeikan Asia Pacific University and the former research director at the Japanese defense ministry’s National Institute for Defense Studies….

The next stage is potentially even more ambitious—and controversial. Japan and the U.S. are set to begin tests of a new interceptor with vastly expanded speed and range. A production version of those missiles is expected from 2018 and, in what some government officials call a game changer, the U.S. is pushing hard for Japan to transfer this technology to other allied countries with Aegis systems.

Japan has agreed in principle to as much, as illustrated by a statement on the U.S. Missile Defense Agency’s home page about the spread of regional ballistic-missile defense, which says: “The SM-3 Block IIA, being codeveloped with Japan, is on schedule for deployment at Aegis Ashore sites in Romania and Poland, and aboard Aegis BMD ships at sea.”