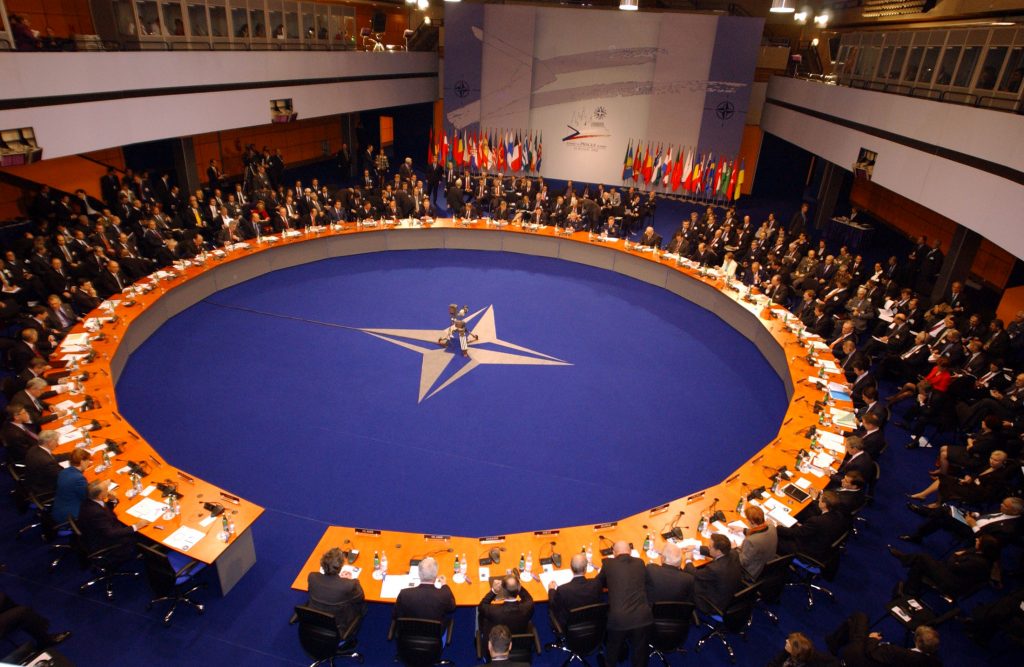 Instead of focussing on capabilities, on Syria or on issues singled out by individual nations, the summit should concentrate on those topics which are of overarching importance for NATO’s future in the post-2014 era and which, therefore, require direction from the highest political level. According to the current strategic environment, a number of agenda items fulfil these criteria and should be discussed by heads of state and government. . . .

• Shall NATO-Russia relations continue to be labelled a “strategic partnership” – a description indicating particularly intensive and privileged relations? What is “strategic” in the NATO-Russia liaison if NATO’s cooperation with many other “ordinary” partners is much more intense and seems more mutually beneficial? Shouldn’t the rhetoric be adapted to the real state of NATO-Russia relations to avoid false expectations and to allow cooperation on a realistic basis?

• Despite Russia’s geographical size, its wealth in gas and oil or its power of veto in the United Nations: how relevant is Russia really for NATO’s further evolution or for international security and stability? In which cases has Moscow really been supportive of NATO in recent years? Is Russia really the indispensable partner it was portrayed to be during the honeymoon period of the NATO-Russia relationship particularly in the 1990ies? . . .

At the historic Lisbon summit, NATO announced its ambitious plans for an Alliance missile defence system, knowing full well that the principal technical and financial burden would be borne by the United States. Today, however, with budgetary consolidation in full swing (automatic budgets cuts – called “sequestration”), a rebalancing of American attention from Europe to Asia and a re-emerging burden-sharing debate within the Alliance, US readiness to more or less fully fund a NATO missile defence system, is constantly decreasing.

With or without Congressional pressure, future US governments are likely to significantly cut their MD funds. Since European Allies, with their own rapidly shrinking defence budgets, are neither willing nor able to step in by procuring their own Aegis interceptors and radars, the future of the entire NATO MD project is at stake. NATO’s political leadership will have to take bold decisions to avoid the missile defence project from turning into a Potemkin’s village. . . .

Given the tendency to militarize cyber threats, at least rhetorically, political leadership by NATO’s heads of state and government is required on at least two questions:

• To what degree does coping with cyber threats have a military dimension – besides protecting the command and control elements of computer networks? Are there specific measures a political-military Alliance can take to prevent or counter cyber aggression – beyond consultations and consensus building? Are NATO’s skills in deterrence and defence applicable to the cyber realm?

• Assuming NATO has a role as a political-military alliance, what level of intensity does a cyber-attack need to have to trigger a NATO (military) reaction? How much damage – and what kind of damage – has to occur before the cyber aggression is defined as an attack according to article 5 of the Washington Treaty? . . .

Given the number and variety of applicant countries, NATO needs to recall the basics of enlargement in order to make the process run smoothly and to avoid past mistakes. This requires facing some blunt realities beyond the general narrative of enlargement being (by definition) a “win-win process” – as the reality has proved to be different. NATO documents have always stipulated that enlargement should not only be of benefit for the newly admitted countries but for NATO too. For some of the new members this was true, where-as others swiftly neglected the obligations that came with membership and contribute appallingly little to NATO’s overall capabilities – or even show worrisome levels of corruption and nepotism. Two questions have to be answered:

• How can NATO make sure that only countries who provide added value to NATO’s capabilities and to the security of the Euro-Atlantic area are accepted as members, instead of remaining neutral at best and a liability at worst?

• What mechanisms can NATO agree to, to make sure that newly admitted countries fulfill their obligations after they have become members? How do we make sure that good aspirants become good members? . . .

If NATO’s leading power draws the consequences of international power shifts and therefore redefines its strategic priorities, does NATO need to put a stronger focus on the Asia-Pacific region as well – and if so, to what degree?

• From NATO’s point of view: what is the meaning of “putting a stronger focus”? Does it primarily imply to take note of developments in the Asia-Pacific region and eventually to consult with partners in the area or does it mean to act individually or collectively in Asia?

• If NATO intends to act, who are the members with the capabilities to do so and what does “act” realistically mean? There are a number of steps imaginable  depending on the capabilities and intentions of NATO nations. Politically, NATO representatives could participate (at the appropriate level) in the various regional fora in Asia – such as the ASEAN Regional Forum (ARF). They could also open liaison offices in certain countries to show the flag. Militarily, NATO naval forces could visit Asian ports to show interest in the region or could even take part in military exercises. . . .

6. The Evolution of Partnerships

The political questions to be discussed by NATO’s political leadership are:

• How can NATO transform the current partnership system which is still characterized by regional groupings, into a mechanism that pays attention to the special requirement of forging closer ties with militarily capable and politically likeminded countries, regardless of their geographical location?

• Does NATO need to create a special forum to consult with these politically close countries – something that has already been mockingly characterized as the “Red Carpet Lounge” – and if so, who do you invite? Global partners like Australia or Japan would be natural members, the same holds true for Sweden or Finland. But what should be done with partners which are democratic but do not contribute at all to NATO missions, or those who do contribute but for which there are differing views within the Alliance on their democratic credentials? . . .

NATO leaders need to translate the three abstract core missions of the 2010 Strategic Concept (collective defence, crisis management, cooperative security) into a concrete narrative, which reflects the challenges of the post-Afghanistan era. Such a narrative could be that the Alliance will concentrate on the tasks it was founded for: defending the security and the vital interests of its members. This might include contingencies far away from Europe – regardless of whether they are Article 5 missions or not, and whether they include expeditionary forces or territorial defence capabilities. A missile attack by North Korea on Alaska (given the waywardness of the regime in Pyongyang, this is hardly a far-fetched scenario) would be just as certain as a Syrian attack against Turkish territory, to trigger an Article 5 response. Even beyond questions of collective defence regulated by Article 5,  immediate action to protect vital interests can become necessary. For instance, should a war in the Middle East prompt Iran to block the Straits of Hormuz, NATO could not remain passive simply because it did not suffer a direct attack. The same might hold true for devastating terrorist attacks, or violent disruptions of energy supplies. With the current proliferation of nuclear weapons, the spread of missile technology and the undoubted potential for devastating attacks on communication networks or for terrorist acts using state-of-the-art technology, formulating a narrative for NATO post-2014 should not be a mission impossible.