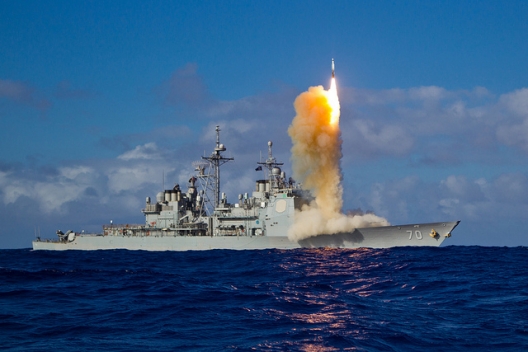 Norway has agreed to play a role in the Nato missile defence system, with Prime Minister Erna Solberg saying that as a “committed Nato member”, the country’s participation is “necessary.”

The development of the system, which comprises an international network of radar stations and anti-ballistic missile barrages, has long angered Russia, which in March went so far as to threaten Denmark that its ships would become targets for nuclear strikes if they joined the system….

“It is necessary for us to participate in this. As a committed NATO member, we should also be committed to that part of the strategy,” she [Solberg] told Norway’s NTB newswire. “We have to go through this and look at what our contribution and participation should be related to this.”

“There are many ways to contribute to such a missile defence system,” he said. “I have discussed the possibilities for Norwegian contributions with the Norwegian government during my visit.”