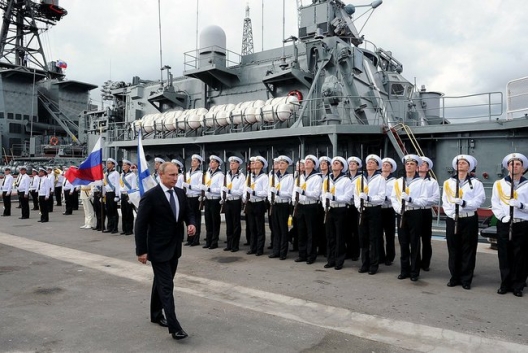 “A self-sufficient, multi-purpose army of air, sea and land units was assembled in the period of less than a day in the Kaliningrad area, consisting of units from all branches of the armed forces,” Andrey Kartapolov the lieutenant general of the Russian army said.

The drill took place between the 5th and 10th December, as servicemen were called to assume battle-stations in Kaliningrad without warning at 7am Moscow time on the 5th December. . . .

The drills consisted of 9,000 servicemen, 642 military vehicles, including 250 tanks and APCs, over 100 artillery units, 55 warships and the Iskander ballistic missile system.