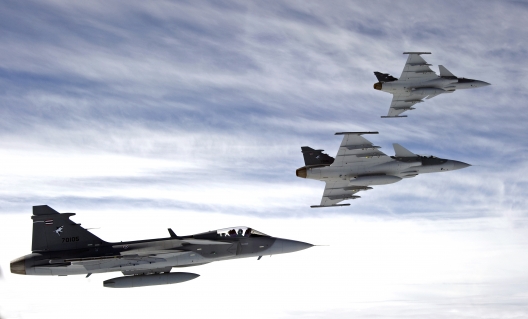 The Swedish Armed Forces sent extra air defence to the island of Gotland on Tuesday in response to a large-scale Russian training exercise being carried out in the Baltic Sea.

“Due to the increased air operations in the area, and especially as a result of the Russian training exercise going on, we’ve decided to base parts of our regular incident response team on Gotland,” Göran Mårtensson at the Armed Forces (Försvarsmaktens) said in a statement.

“By doing this we’re increasing our capacity to monitor the skies, which is completely normal during major training exercises. . . .”

Armed Forces’ spokesman Philip Simon said that the threat level posed by Russia against Sweden remained unchanged. While he stayed tight-lipped about what kind of military might was sent to Gotland, Simon said that there was “a number of Gripen jets.”  (via @EitvydasB)