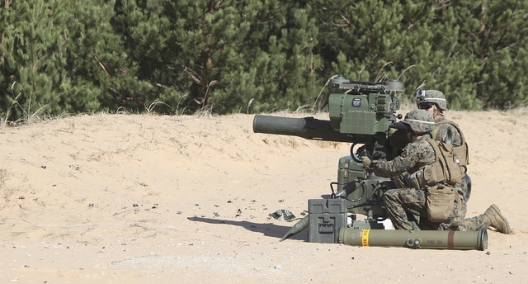 The Defense Department is deploying additional Marines to enlarge a rotational crisis response force based in Spain, and is also dispatching a naval vessel to the Black Sea to conduct exercises with U.S. allies in the region, a Pentagon spokesman said today.

“We’re increasing the number from 500 to 675,” Warren said, adding that the move had been planned since late last year.

The expeditionary force falls under U.S. Africa Command but can be deployed anywhere. It enables the United States to conduct a range of military operations including non-combatant evacuations, humanitarian assistance and disaster relief as well as support for U.S. embassies.

While the additional Marines will be part of the Spain-based force, Warren said they are being stationed in Romania to allow greater flexibility. They will join nearly 300 Marines already in the country who are part of the Black Sea rotational force.

Warren emphasized the decision to send the additional Marines to Romania is not related to developments in Ukraine. However, he also announced that a U.S. Navy vessel is heading to the Black Sea for exercises to reassure American allies of the U.S. commitment to the region. That move, he said, is a direct result of the current situation in Ukraine. Warren did not rule out a role for the vessel in exercises with the Ukrainian military.

The announcement came a day after Warren said senior U.S defense officials were in Kiev for discussions with Ukrainian officials on defense cooperation and regional security.