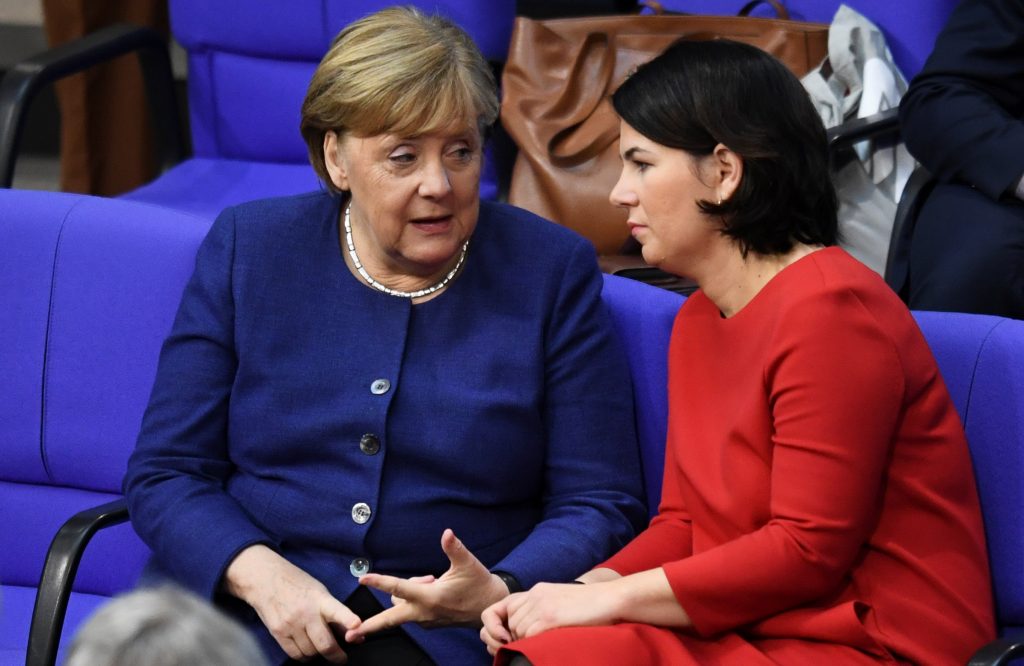 Kermit the Frog put it best when he sang: “It’s not easy being green.” Greens have often been overlooked and undervalued, to say the least.

Today, however, this is no longer the case.

In Germany, the Greens are dominating the political landscape. For the first time in history, the party has put forward a chancellor candidate. The latest opinion poll by Germany’s public broadcaster gives the Greens a slight lead over Chancellor Angela Merkel’s conservative Christian Democratic Union. Having worked for Green Party leaders and served Germany’s only Green state premier, I know the party inside out. And I can truly say I have never seen the Greens this hungry to shape Germany’s future. After nearly sixteen years of sitting on the opposition benches, they are determined to take the chancellor’s office.

When speaking with politicians and pundits outside Germany about this seismic shift, I am met with amazement and delight. Only one policy area brings a sense of foreboding: national security. How could a movement formed by peaceniks, beatniks, and hippies possibly keep Germany and Europe safe?

This concern, raised particularly in the halls of political power in Central and Eastern Europe, is a legitimate one. But I believe that Germany’s Greens will, in fact, be more likely to ensure national and European security than the Christian Democrats. Two developments give me this confidence.

First, the Greens have long lost what Reinhold Niebuhr called “the innocency of irresponsibility.” When in power, they don’t shy away from tough decisions. When they joined the ruling government from 1998 to 2005, the Greens led Germany into Kosovo, the nation’s first armed conflict since the end of World War II. They voted in favor of the war in Afghanistan. And they have been the most critical of Germany’s political parties when it comes to authoritarian regimes such as Russia.

The Greens are also one of the few political parties in Germany to understand that economic security is national security. They have called for stronger legislation allowing regulators to block takeovers of German companies by authoritarian powers, and their demand for a renewable energy-based economy is also partly born out of the desire to eliminate German dependence on Russia.

Second, over the past sixteen years under the conservatives, German and European security has become more fragile. Germany has failed to live up to NATO’s target for members to spend at least 2 percent of gross domestic product on defense. It has deepened economic relations with authoritarian powers by, for example, advancing Russian President Vladimir Putin’s Nord Stream 2 gas pipeline. Berlin also joined Moscow and Beijing in abstaining from the UN Security Council’s 2011 resolution imposing a no-fly zone over Libya.

Under the leadership of the Christian Democrats, Germany has been a geopolitical eunuch, hiding under the US security umbrella while making friends with autocrats. Germany has come to resemble an enlarged Switzerland—rich and neutral, unwilling to take sides in the systemic conflict between democracy and authoritarianism. Americans might be excused for thinking: With friends like these, who needs enemies?

This geopolitical course is unlikely to change under yet another conservative-led administration. The Christian Democrat chancellor candidate, Armin Laschet, is generally known to be soft on Moscow.

Critics argue that the Greens are soft on NATO and that they, too, wouldn’t increase military spending to reach NATO’s 2 percent target. That is correct. But what have the Christian Democrats done? They haven’t been all that tough either when it comes to NATO.

In the end, this is a question about character. The Christian Democrats like to talk tough on national security. But too often economic relations trump security issues. In fact, their commerce-above-all policy has made Germany more prone to political pressure from Moscow and Beijing.

The Greens, on the other hand, have a clear stance. They share the United States’ global threat perception and realize that the challenge of our time, besides climate change, is the systemic conflict between democracy and authoritarianism. They might not be in favor of upping military spending to reach NATO’s 2 percent target, but they are more likely than the conservatives to find measures to compensate—be it making larger investments in cybersecurity, civil protection, and defense or assuming more combat-support roles in areas such as bomb disposal and field medicine.

Annalena Baerbock, the Green chancellor candidate, has announced a policy of “dialogue and toughness” in dealings with authoritarian regimes. She is also the only chancellor candidate to strongly advocate halting Putin’s Nord Stream 2 pipeline. Within the first 100 days of her chancellorship, I am certain, the Greens would do everything that is politically possible to nix this project and revitalize the transatlantic relationship to face the shared challenge of an international authoritarian advance.

“Know when to hold ‘em, know when to fold ‘em,” goes Kenny Rogers’s invaluable advice. In the twenty-first century, this means no longer solely entrusting national and European security to Merkel’s Christian Democrats. The Greens are best placed to move Germany forward in this geopolitical age and make sure Berlin stands alongside the world’s fellow democracies.

Roderick Kefferpütz is a Green strategist, a former advisor to the Green state premier of Baden-Württemberg, and a member of the Atlantic Council’s US-Germany Renewal Initiative.

Germany may be about to pick its next leader. Here’s what you need to know.

The selection will likely mark the beginning of the end for the sober leadership style, centrist compromises, and coalition-building approach to governing country and party that so defined Merkel, Germany, and the CDU for much of her chancellorship.