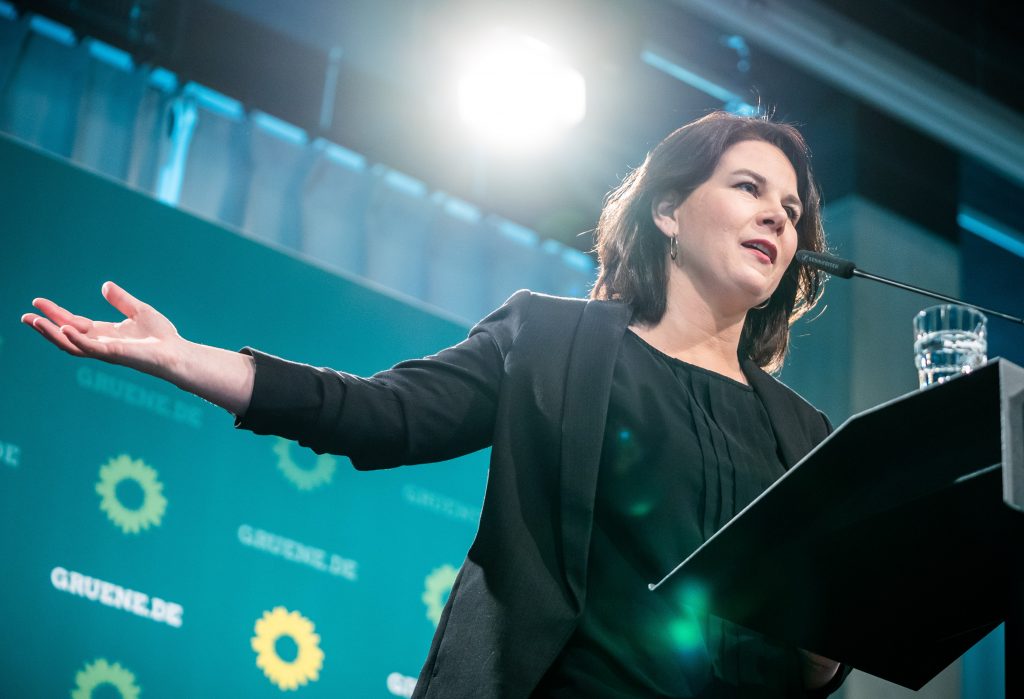 How dramatic a shift would a Greens-led German government be for the US-Germany alliance? As Annalena Baerbock tells it, her Alliance 90/The Greens party would be aligned with the Biden administration on a slew of issues—despite its anti-establishment past. And that includes a tough line on Russia and China.

Baerbock, age forty, is the Greens’ pick to be Germany’s next chancellor. With Angela Merkel set to leave that office after sixteen years in power, Baerbock’s party is currently ahead of Merkel’s ruling Christian Democratic Union (CDU) in opinion polls in the lead-up to federal elections in September. Baerbock appeared Thursday from Berlin at the EU-US Future Forum, hosted by the Atlantic Council’s Europe Center, for a discussion with CNN host Fareed Zakaria in one of her first interviews since she was chosen as the party’s candidate for chancellor.

Baerbock said the Greens’ success comes from their message of “hope” and “change”—echoing the campaign themes of former US President Barack Obama. She also struck a reassuring note for American audiences who have grown accustomed to Merkel. “I’m not standing for changing everything, but bringing big parts of society into a better future,” she said.

Here are some key takeaways from her remarks.

Won’t commit to 2 percent for military, will support US troops

Germany may be about to pick its next leader. Here’s what you need to know.

The selection will likely mark the beginning of the end for the sober leadership style, centrist compromises, and coalition-building approach to governing country and party that so defined Merkel, Germany, and the CDU for much of her chancellorship.

Can Putin’s pet pipeline still be saved from sanctions?

Russia continues to defy US attempts to block the Nord Stream 2 pipeline, but with the new administration of President Biden committed to stopping the project, can it still be saved?

Image: Annalena Baerbock, Federal Chairwoman of Bündnis 90/Die Grünen, speaks at a press conference after the meeting of the Green Federal Executive Committee. Photo by DPA / Picture Alliance via Reuters.