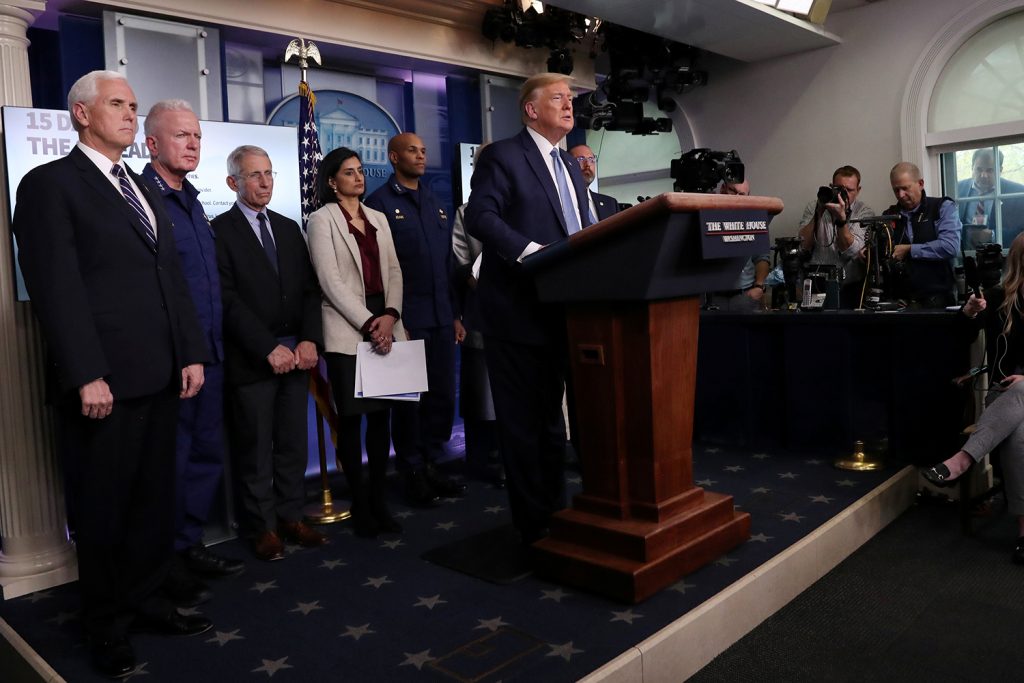 Too often, declaring war against something is a common political response to crises. Unfortunately, America’s record in winning the wars it starts, either against military or non-military dangers, would not gain entry into the geopolitical equivalents of the Super Bowl or World Series. Indeed, that record has been pretty dismal.

Wars against alcohol, crime, drugs, inequality, obesity, racism, and now COVID-19 have been costly, long, and terminally unsuccessful. Indeed, the last war America won decisively was also the last war in which a declaration of war was passed by Congress and one we did not start: World War II. Still, presidents like to assume the image of wartime leadership.

Korea (1950-53) was at best a draw after Gen. Douglas MacArthur’s reckless race north to the border with China provoked China’s massive intervention. US and UN forces were driven back to the 38th parallel and two and a half years of further bloodshed. Vietnam was an unequivocal disaster with the ignominious withdrawal in 1974 made vivid by the last Huey helicopter lifting off from Saigon followed the next year by victorious North Vietnamese troops parading through the same streets of what would be renamed Ho Chi Minh City.

Coalition forces were brilliantly successful in driving Saddam Hussein from Kuwait in 1991 in a ground campaign that lasted 100 hours, destroying much of Iraq’s “vaunted” military. But that was a war that we did not start and in essence was a military campaign. The war we did start a dozen years later in the misguided effort to eliminate non-existent Iraqi weapons of mass destruction was costly in blood, treasure, and in producing turmoil in the region that persists nearly two decades later.

To be blunt, the ability of America to wage war based on past experiences is not very good. Of course, one can argue that success in the HIV/AIDS battle was an exception other than no one ever declared war on that scourge. What does all this mean today for the effort to contain, mitigate, and control the current pandemic?

In World War II, unlike other wars, the United States had a successful strategy and an effective plan. The strategy was to win first in Europe and then in the Pacific, demanding unconditional surrender by the enemy. And unlike Vietnam, America was prepared to “pay any price and bear any burden” to win by unleashing an economic juggernaut to out-produce Nazi Germany and Japan with what Franklin D. Roosevelt called “the arsenal of democracy.”

What are the strategy and plans today for dealing with the coronavirus? And what lessons has the United States drawn from other countries that appear to have been successful in stemming the disease?

Despite the hours of briefings by the coronavirus task force and the ubiquitous presence of the president on television at the dinner hour, slogans have become substitutes for strategy. Hence, Americans “must flatten the curve,” “shelter in place,” or practice “social distancing.” And while wearing face masks seems essential, neither the president nor the vice president are inclined to do so.

We are told that testing is on track; that America has tested more people than any other country; and that testing is readily available to all. Yet, less than 2 percent of 330 million Americans have been tested. And since it is unclear if immunity to COVID-19 once having survived the disease lasts, multiple tests for individuals would appear inevitable. That means having hundreds of millions of test kits. So where are they?

At this point, America has accounted for about one-third of all the cases of COVID-19 and one-fourth of the fatalities, with only about one-20th of the global population. But no one has asked why or explained these statistics. And why so far have Africa and South America been less affected when weather-wise it is fall moving to winter in the Southern Hemisphere, when flu is more prevalent?

Overlay these gaps in plans and knowledge with a presidential election in November and the necessity of restarting the economy. Leaving economic decisions to the fifty states and territories with guidelines that have not always been followed is surely not a plan nor a strategy. And it is a safe and tragic bet that in many of these zones that are removing social distancing and other health safety measures, by mid-May, infection and fatality rates will not be declining.

Mr. President, where are the strategy and the plans for dealing with this pandemic? They must be the top priority. And based on the past failures, please stop calling this a war.

Harlan Ullman is a senior adviser at the Atlantic Council. His last book was “Anatomy of Failure: Why America Loses Every War It Starts.”

Economic recovery from coronavirus: Lessons from 1918-1923

The United States recovered in a short time from a world war, two recessions in quick succession, a pandemic, and a period of extreme domestic unrest. As the famous John Maynard Keynes wrote, technology was central to ending depressions. And that was the case in the early 1920s, in large part driven by Henry Ford and electrification.

Image: US President Donald Trump takes questions from the news media during a news briefing with members of the coronavirus disease (COVID-19) task force as they discuss the virus and the current US outbreak at the White House in Washington, U.S., March 16, 2020. Picture taken March 16, 2020. REUTERS/Leah Millis