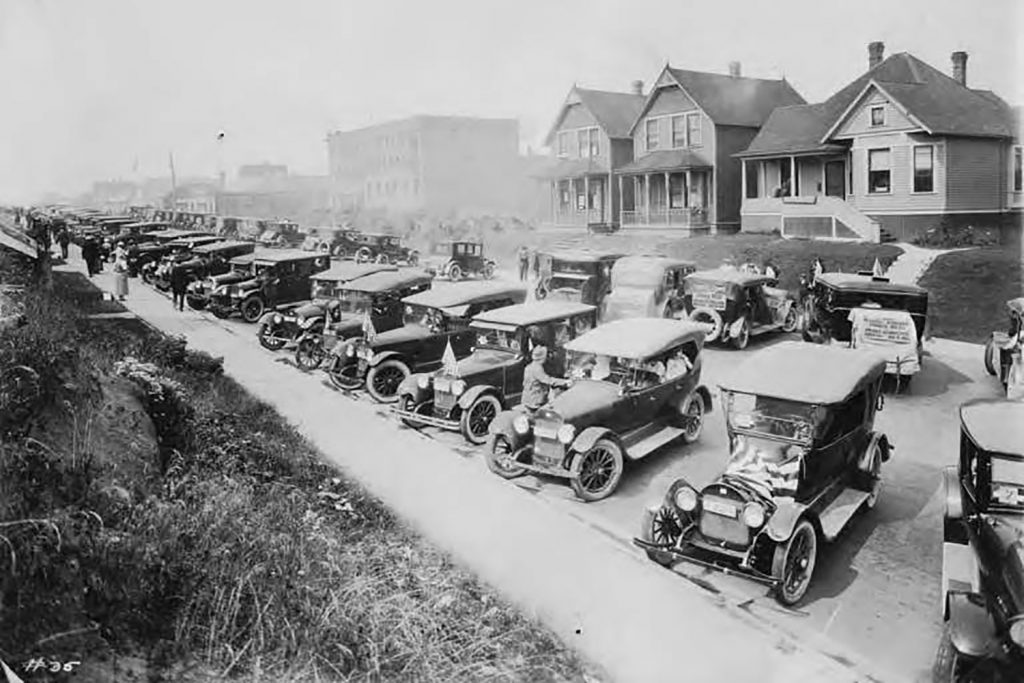 Today, many Americans fear that, unchecked, COVID-19 could be as dangerous and disruptive as were the Great Depression, World War II, and possibly September 11. But suppose the equivalent of each of these events occurred over two years. How might the nation react?

This is exactly what happened from 1918 to 1920. When the Spanish flu pandemic struck in 1918, World War I was not over. Upwards of fifty million people would die worldwide from the flu; about 650,000 in the United States, equating to some two million deaths today. And when the war ended with an armistice on November 11, the post-war world was far from taking form.

In 1918 in the United States, because of the war and despite the flu, unemployment was about 1.4%. Post-war recessions hit hard in 1919 and again in 1920, driving unemployment up to 11.7%. Unrest and violence were roiling America.

Labor was in revolt. Letter bombs in 1919 and 1920 terrorized the country. The so-called Palmer Raids, named for Attorney General A. Mitchell Palmer, arrested tens of thousands of suspected anarchists without due process. Prohibition was passed, outlawing alcohol. And after years of heated and often violent protests and white-hot debate, women finally gained the right to vote.

In Europe, Germany, crippled by debt, was becoming a petri dish for revolution. The Soviet Union was consolidating power after the 1917 revolution and in disarray. The US Senate rejected the Versailles Treaty and President Woodrow Wilson’s plea to join the League of Nations.

By comparison, coronavirus notwithstanding, 2020 is more settled and calmer despite the huge disruptions and uncertainties caused by the pandemic. The Spanish flu did run its course by 1920 without vaccines or treatment and fortunately did not recur. Yet by 1923, the United States began an unprecedented economic boom that produced the Roaring Twenties and lasted for six years until the 1929 stock market crash. How did this turnaround happen given these earlier crises and setbacks? And are any of these factors applicable to today or a post-coronavirus world?

In November 1920, Ohio newspaper owner and Senator Warren G. Harding, with his running mate, Calvin Coolidge, was elected president in a landslide. His actions to repair the economy led to farm tariffs to support the agricultural sector and significant tax cuts. However, it was the combination of technology and pent-up capital that produced an economic renaissance.

Use of electricity became widespread, sparking economic growth and greater productivity. Mass manufacturing of millions of cars was dependent on other industries, including highway construction made possible by the Federal Highway Act of 1921—more than thirty years before President Dwight D. Eisenhower would create the Interstate Highway System. Rubber, steel, and building flourished as hotels, gas stations, and restaurants became essential to accommodate the tourists made mobile by Henry Ford. Radio linked the nation and movies provided mass entertainment.

By 1923, unemployment was down to about 4 percent. The combination of these dynamic forces generated the economic revival and the Roaring Twenties, along with organized crime making millions in the process from bootlegged booze to prostitution.

Harding would die that year of a heart attack. However, his two years and five months in office were the most productive of any president.

The world then was profoundly different from today’s. Still, the United States recovered in a short time from a world war, two recessions in quick succession, a pandemic, and a period of extreme domestic unrest. As the famous John Maynard Keynes wrote, technology was central to ending depressions. And that was the case in the early 1920s, in large part driven by Henry Ford and electrification.

Who—or what—then are today’s Henry Ford and the technological equivalents? First, vaccines and treatments to make COVID-19 impotent are essential in the event the virus persists or mutates.

Second, the parallel to electrification is expanding broadband both to 5G and access throughout America. This must be part of the third solution: a massive infrastructure spending bill. I have long argued for a national infrastructure bank to administer perhaps upwards of one trillion dollars appropriated by Congress.

This bill would fund, modernize, and repair the nation’s failing infrastructure across the board. That such a bill has not been established before is symptomatic of a broken government. However, coronavirus and the many trillions of dollars of debt make such a bill mandatory as the only way of producing an economic revival.

The United States accomplished a similar feat a century ago after facing an array of challenges as or more daunting than today’s. If we cannot repeat that accomplishment, we have no right to call ourselves Americans.

Dr Harlan Ullman is senior advisor at the Atlantic Council and his last book was Anatomy of Failure: Why America Loses Every War It Starts.

Coronavirus has exposed the United States’ own political virus