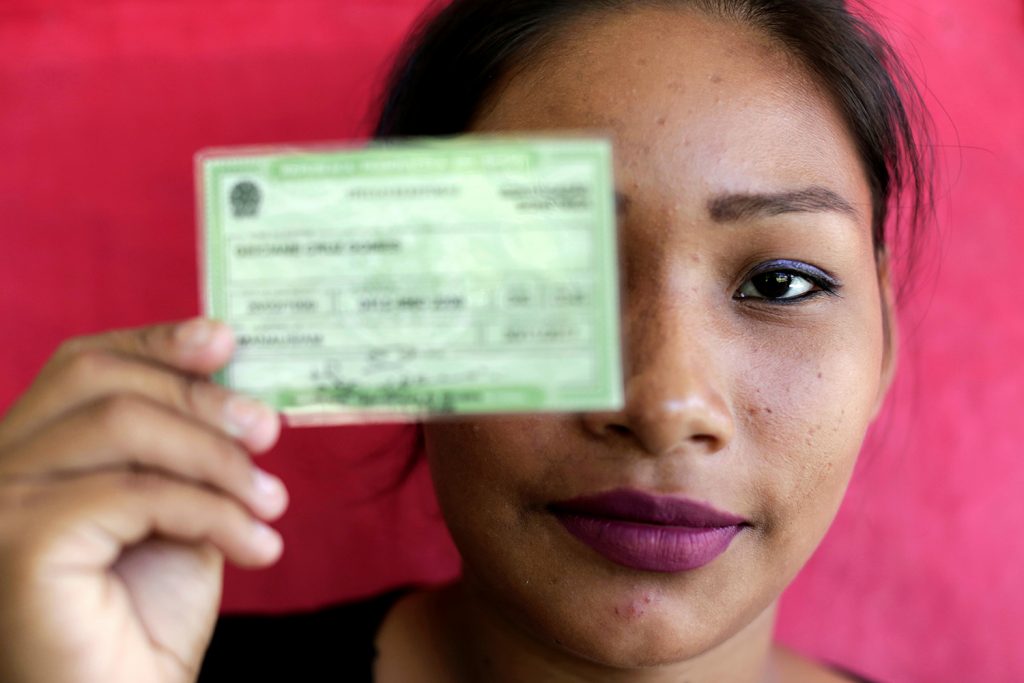 In October 2020, Brazilians will head to the polls to elect new mayors and city counselors in thousands of municipalities across the country. For the first time in history, Brazil’s thirty-five individual political parties will be required by law to allocate at least 30 percent of their campaign funding toward the election of women candidates. As the deadline for candidates to register with their respective parties approaches, the moment is ripe to elevate women’s participation in politics in a country where the playing field for women remains severely unequal.

Brazil has one of Latin America’s largest gender gaps. It ranks twenty-second out of twenty-five countries in the region. The main drag on the country’s overall performance is political empowerment—ranking 104th in the world, behind other Latin American countries, such as Nicaragua (third), Costa Rica (sixth), Argentina (twenty-second), Bolivia (twenty-seventh), Colombia (thirty-third), and even Venezuela (seventy-sixth).

In order for Venezuela to transition to a more democratic, inclusive, and peaceful society, the interim government must strengthen women’s political participation and decision-making power.

With regards to local governments, only one of the twenty-six states and the federal district is governed by women. In 2016, when the last municipal elections took place in Brazil, 11.6 percent of Brazil’s 5,568 municipalities elected women mayors, while 1,286 municipalities did not even elect a woman as city councilor. Only twenty-four cities had majority women on their city council.

Women represent nearly 52 percent of Brazil’s voting population. However, as of June 2019, two positions in Brazil’s twenty-two-member cabinet were held by women (Teresa Cristina, Minister of Agriculture, Livestock and Supply, and Damares Alves, Minister of Human Rights, Family and Women). In addition, only 15 percent of federal deputies and senators are women.

Though Latin America has made strides for women’s advancement over the last decades, women in the region still face significant hurdles to inclusion and prosperity. Leadership is an area where we can observe not only women’s modest yet visible progress but also the clear need for mechanisms to sustain and expand female representation. Today, only Barbados and Trinidad and Tobago have elected women heads of states, and Bolivia has a woman interim president.

As Brazil prepares to hold municipal elections in October 2020, the country should aim to increase women’s political participation and learn from its fellow Latin American countries.

Why should Brazil aim to increase women’s political participation?

The UN Sustainable Development Goals, to which Brazil is a signatory, highlight key urgent global challenges that must be addressed for a better and more sustainable future. Goal 5 highlights the importance of gender equality.

According to the United Nations, “equal access to education, health care, decent work, and representation in political and economic decision-making processes will fuel sustainable economies and benefit societies and humanity at large.” Having women in political positions facilitates the representation of women’s interests in politics, helping implement “new legal frameworks regarding female equality in the workplace and the eradication of harmful practices targeted at women,” for example, gender-based violence, such as femicide.

Research proved that in India, the number of drinking water projects in areas with women-led councils was 62 percent higher than in those with men-led councils; and in Norway, the presence of women in municipal councils had a direct causal relationship with regard to childcare coverage.

Women, like men, have “proven abilities as leaders and agents of change, and the right to participate equally in democratic governance.”

What can Brazil learn from other Latin American countries?

Argentina was the first country in the world to introduce a gender quota into law, in 1991. Since then, other countries in Latin America have adopted similar legal requirements.

Nicaragua ranks third in the world for political empowerment. Unlike Brazil, Nicaragua has a unicameral political system, but the country’s gender quotas apply for both the lower house and the subnational level. Implemented in 2012, the legislation enforces a 50 percent rate for women candidates in legislative elections, and gender balance of elected officials. Today, forty-three out of ninety-one seats (47 percent) in the National Assembly are held by women.

Colombia ranks thirty-third in the world for political empowerment. Even though there is space for improvement, under President Iván Duque, Colombia has a woman vice president and its first ministerial cabinet with gender parity. The country’s gender laws are more aligned with those of Brazil, also requiring a minimum 30 percent of women candidates, but these regulations apply not only to the Lower House and subnational level, but also to the Senate.

Brazil instituted “gender quotas” in 1995, establishing a 20 percent minimum quota for women candidates in local elections. In 1997, a new electoral law determined that each party or coalition had to put forward a minimum 30 percent women candidates. These quotas, however, only apply to positions elected through a proportional representation system—therefore, the quota does not apply to presidents, governors, and senators.

These changes in regulations can make a difference in electing more women to political positions at the local level. But to shrink the gender gap in Brazil, clear mechanisms must be in place to enforce and punish those not compliant with these regulations, avoiding additional cases of misappropriation of campaign funding.

Beyond 2020, gender quotas for the Senate could also be helpful in guaranteeing greater women participation throughout the political system.

Valentina Sader is an assistant director at the Adrienne Arsht Latin America Center. Follow her on Twitter @valentinasader.

Image: A woman shows her ID at a polling station during the presidential election in Sao Sebastiao do Cuieiras, Brazil October 7, 2018. REUTERS/Bruno Kelly