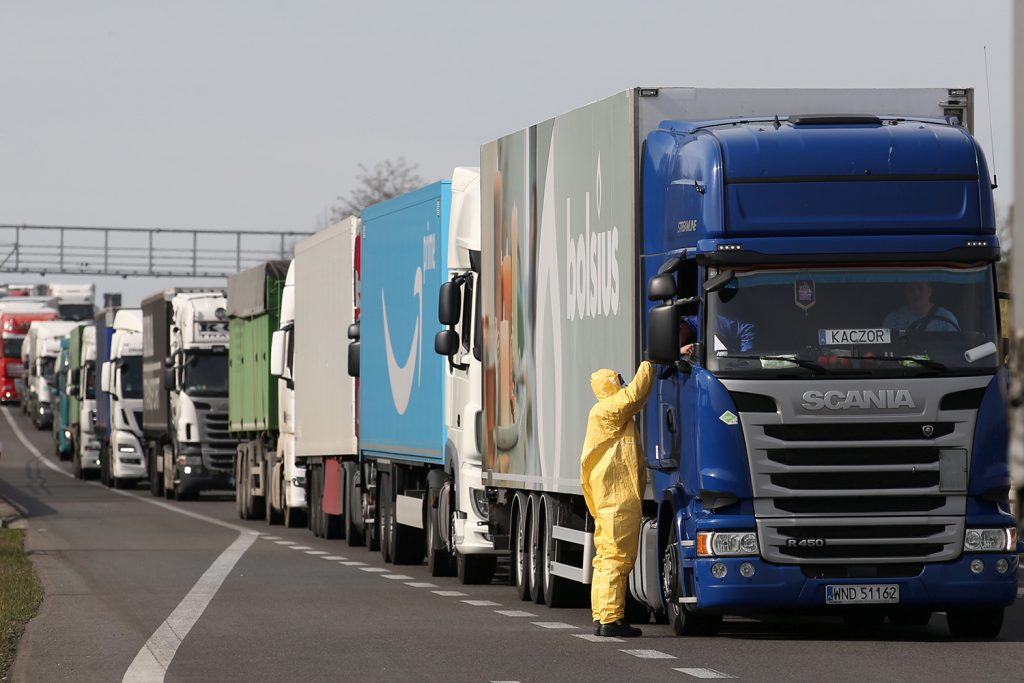 Nothing in Central Europe will ever be the same after the coronavirus plague.

Some problems are universal. Where governments or bankers have failed, the little virus has been successful—in uniting the global population. Unfortunately we are all united in fear and anxiety. Police officers patrol empty streets while people turn their backs on each other—avoiding even eye contact. Social capital will take a few hard knocks in many societies and faith in health care has been shaken everywhere where the virus has struck. Yesterday governments gave heed to privacy laws and today they track movements of citizens on a massive scale, monitoring their cellular phones. Once the dead are buried, the civic anger over this crisis will be directed at political elites.

The EU could still get its act together by coordinating national health policies, providing humanitarian relief to most stricken areas, by stopping governments from acting unilaterally to close their borders, and by streamlining fiscal policies aimed at restarting the economies of member states.

Theoretically this crisis should have been the European Union’s moment. Where other countries stumbled and fell, the EU community could have provided a valuable model of cooperation and unity, just like the founding fathers of the European Union always dreamed of. The unshakeable faith in the Schengen Area, a stable currency, newly acquired prosperity for new member states, government accountability—this all is far from the truth today.

Citizens are asking many questions. Where is the European Commission, who should be forbidding Schengen countries from unilaterally re-establishing borders? Why did EU public health officials not anticipate the risks and not prepare their countries for the worst possible scenarios by putting a common contingency plan in place? All of the enthusiasts of the Single Market look today with disbelief at disrupted transport networks and broken production chains, when only yesterday they shrugged off any possibility of disruption as scaremongering. European solidarity has suddenly collapsed as governments frantically trying to block the export of medical equipment and create cordons sanitaires to isolate their societies from their neighbors.

Nowhere has this been more obvious than in Central Europe. Hardly a generation has passed since these societies seemed to have entered a post-national order. While the dream of one big European family still lasted, it was all well and good. The countries of this region built their prosperity as cheap providers of food, spare parts, and services to Western Europe. All these connections have now been brutally disrupted. Long lines of trucks clog the roadsides of Central European borders. Even if these barriers are temporary, losses will be enormous.

In a way it was easier for Central Europeans to accept the harsh emergency measures: the stoical common-sense approach of a post-Soviet mindset is that if toilet paper is not available, an old newspaper will do.

Central Europeans cannot miss the fact that the most egregious cases of initial neglect were to be found in Western Europe—mostly among the founding members of the EU—Italy, France, Spain, but also Germany. It is especially Italy, a rich and developed tourist destination visited by many middle-class vacationers, that has turned into a symbol of helplessness and has revealed the weaknesses of its system. The East-West divide is back, but this time it has worked in favor of a less globalized, poorer Central Europe. In the region, so far, the cases of coronavirus infections can be counted in dozens rather than thousands. Populist politicians have already spotted opportunity by sending signals to the electorate that “they in the West” might be richer and they might be living more comfortable lives but— when it comes to real Armageddon—there is nothing like a local strongman who takes no Brussels diktat.

In a matter of days, the world has returned back to the 20th century, the time of barbed wire, goods rationing, displaced persons, and fear of strangers, as most Central Europeans are painfully familiar with.  Dog eat dog European politics seems to be back with governments protecting only their own electorate. People wait for dozens of hours to cross over into Poland or Hungary while Lithuanians or Estonians are stranded, unable to reach their home countries by land. Bratislava is yet again fenced off from neighboring countries with blocked passageways starting right on its outskirts. The Morava river is once again not to be crossed. The only protective masks citizens can lay their hands on are the ones they make themselves. Nobody knows how long these special measures will last but their effect is sure to be felt for years to come.

Where will all this lead? Some cynical, disillusioned citizens, who never believed in the EU or liberal order, feel bitterly vindicated. The veneer of political correctness has always been thin to start with. Now some politicians, when the current crisis is over, will shout even louder that borders within the Schengen Area are the only guarantee of security. This era of political realism will provide the breeding ground for populists. Expect the tripartite virus of nationalism, euroskepticism, and anti-globalization to rise.