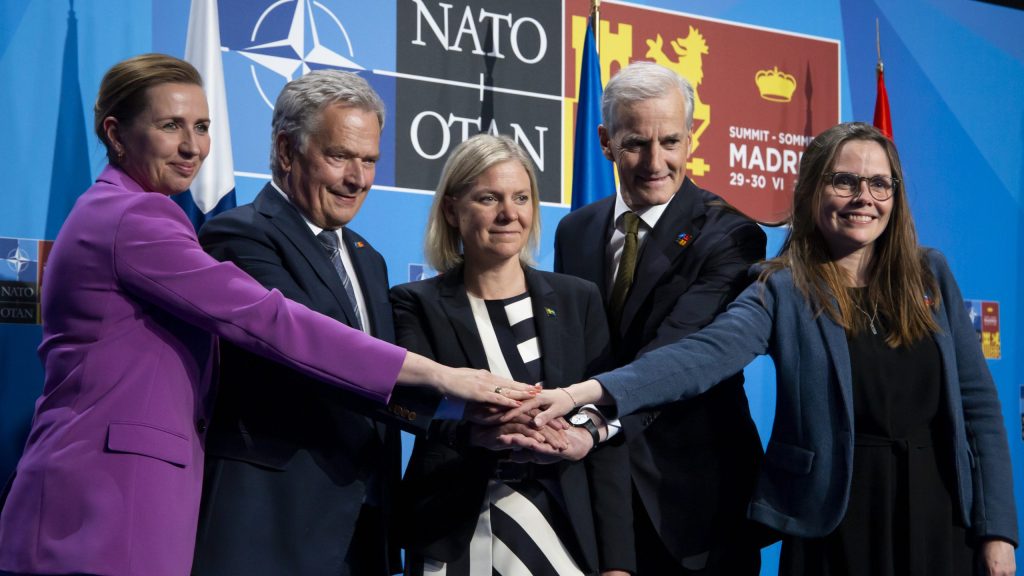 In the more than one hundred days since Russia violated Ukraine’s sovereignty and launched an unprovoked, premeditated invasion, the world has witnessed a courageous display of defiance from the Ukrainian people. Their determination to defend their citizens, territorial integrity, and democratic values has rallied the international community to Ukraine’s side. Russian President Vladimir Putin’s ambitions, and his decision to further invade the country, are not just an attack against Ukraine but a broader assault on democracies worldwide.

A key part of Putin’s playbook is to sow chaos and divisions both within and among nations. His predictable and unoriginal playbook has been detrimental to his military campaign in Ukraine: He is facing a country with a ferocious and strengthened national identity; a united international community; the most powerful iteration of NATO in its more than seventy years of existence; and a United States of America whose leaders—Democrats and Republicans—are working in lockstep to lead the global response to his assault on our rules-based order.

As co-chairs of the Senate NATO Observer Group, we were proud to re-establish this coalition of senators, evenly comprised of Democrats and Republicans, to engage lawmakers outside of national-security committees on the transatlantic Alliance. Four years ago, we re-created this group with an expanded mission. We did so in response to Putin’s increasing aggression against the United States, Europe, and democracies around the globe and to counter the dangerous trend of societies turning away from democracy and slipping toward authoritarianism.

Our bipartisan work in support of NATO has been fundamental in the US Senate as we respond to the crisis in Ukraine. We’ve partnered on numerous pieces of legislation that were swiftly signed into law to provide military and humanitarian aid to Ukraine, to speed up the delivery of materials to the country, and to strengthen diplomatic channels within the Alliance and with countries aspiring to join NATO and key regional players. And we’ve accomplished all of this while working closely with the Biden administration. While there are policies where we diverge, we are steadfast in defense of our democracy and will refuse Putin any opportunity to divide our nation or transatlantic unity. That is precisely the message we shared during our bipartisan delegation to the NATO Summit in Madrid in June.

We led a bipartisan group of lawmakers, including Senators Dick Durbin (D-IL), Chris Coons (D-DE), Roy Blunt (R-MO), Deb Fischer (R-NE), and Joni Ernst (R-IA) to the 2022 NATO Summit, as well as to Finland and Sweden. Our mission was clear: to convey bipartisan resolve in support of the Alliance and US commitment to find a path forward for Finland and Sweden’s accession into NATO. We participated in numerous bilateral meetings with our partners in Helsinki and Stockholm before traveling to Madrid, and we were heartened by the progress made. When we touched down in Madrid, news had spread of the successful agreement that resulted in Turkey lifting its hold on Finland and Sweden’s applications, clearing the path for their accession into the Alliance.

We built on this progress with our transatlantic partners and underscored the administration’s message of support for the Alliance. From bilateral meetings with long, trusted allies like Germany and the United Kingdom to discussions with NATO aspirant nations like Georgia, the message was the same: We are all on the same side and US leadership must continue, unencumbered, to galvanize our allies as we face both short- and long-term challenges.

Today the challenge is Russia’s invasion of Ukraine, but how we respond today impacts what we will confront tomorrow. We must be ready to address Russia and China’s ambitions in the Arctic, and China’s increased aggression in the Pacific, which is why historic participation by Indo-Pacific nations, such as Japan and South Korea, was a welcome focus for the Summit. It’s for these reasons and many more that Sweden and Finland’s swift accession into NATO is so important—and the transatlantic Alliance is so pivotal to US security and global stability. At the Summit, we endorsed the 2022 Strategic Concept, a NATO mission detailing our security environment and the urgency of providing for our collective defense. This initiative not only bolsters the transatlantic community, but also aligns with the United States’ own national-security outlook.

The US Senate recently took a momentous step forward to strengthen the transatlantic Alliance when the Senate Foreign Relations Committee voted on a resolution to ratify Finland and Sweden’s application to join NATO. This historic enlargement is a testament to the global commitment to oppose Putin’s destabilizing actions that threaten our rules-based order. It is pivotal that the full Senate swiftly follow suit this week with a vote to approve the countries’ membership bids, which we’ve made clear to Senate leadership.

In May, we co-led a letter to President Joe Biden with eighty senators who committed themselves to helping ensure that the Senate’s swift action sends a strong message of support to our transatlantic allies. As we’ve seen with Putin’s ongoing and bloody military campaign in Ukraine, time is of the essence. We will not fall prey to his tiresome tactics that seek to divide us. In fact, if there is one thing Putin has achieved since he created this crisis, it is a NATO more united than ever before. We urge our Senate colleagues to support Finland and Sweden’s accession and to stand resolute in support of the Alliance, our rules-based order, and liberal democracies worldwide.

Senator Jeanne Shaheen (D-NH) is a co-chair of the Senate NATO Observer Group.

Senator Thom Tillis (R-NC) is a co-chair of the Senate NATO Observer Group. 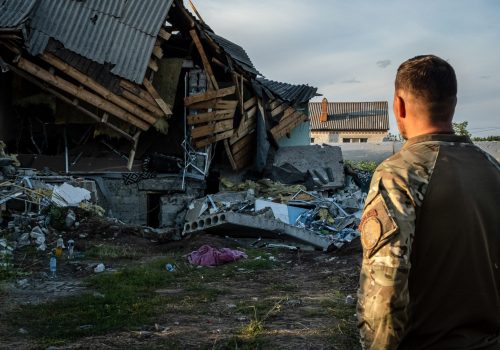 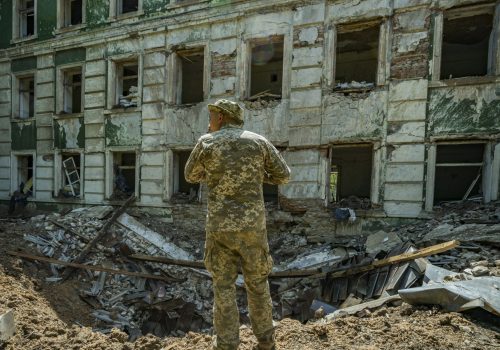 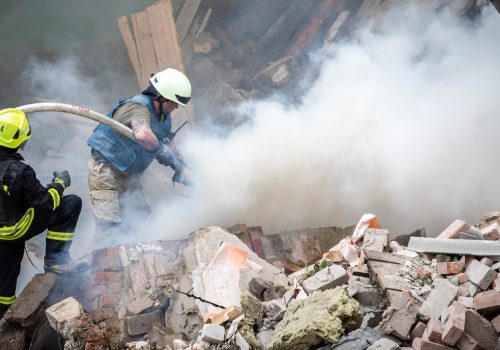 The Biden team is blowing an uncertain trumpet as it tries to project US leadership.