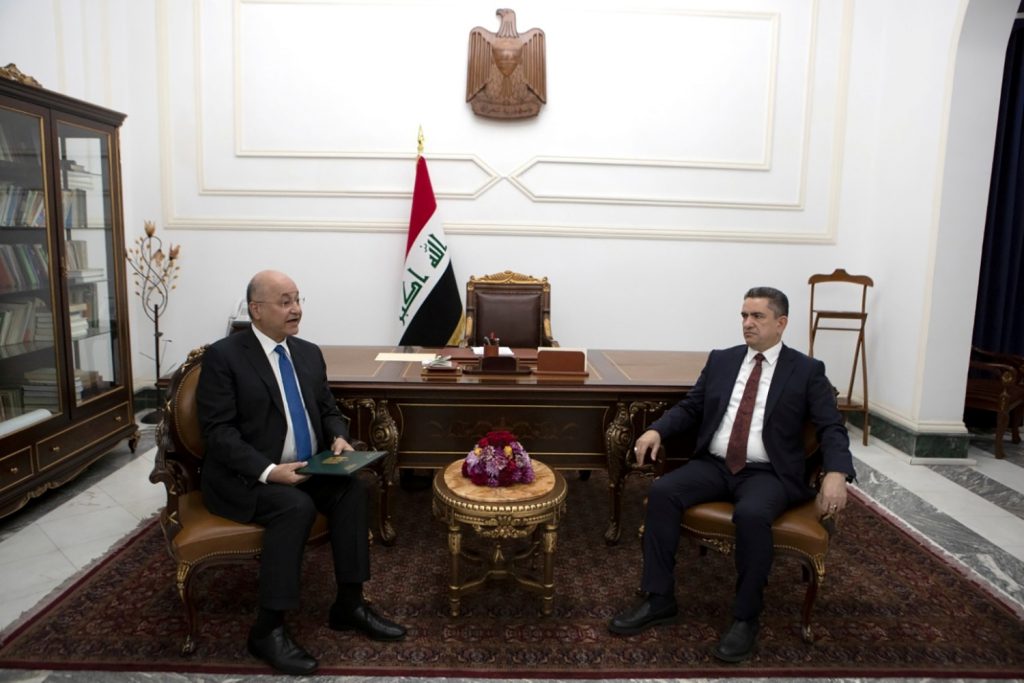 On March 17, Iraqi President Barham Salih appointed Adnan Al-Zurfi, a member of the Council of Representatives and former governor of Najaf, to be the new prime minister. This is the president’s second attempt to replace Prime Minister Adil Abdul-Mahdi, who resigned in November 2019 and is currently presiding nominally over a caretaker government, though he has delegated all his executive duties to his deputies.

As I grew up a few blocks away from Iraq’s new prime minister nominee, I would like to share a few thoughts on his background and likely next steps.

Al-Zurfi was born in Najaf in 1966 and joined the Da’wa Party as a young man and was sentenced to prison for his affiliation with the party that stood for the Shia opposition to Saddam Hussein’s rule. He left the country after the 1991 uprising in southern Iraq and remained in a refugee camp in Saudi Arabia before coming to the United States as a refugee; he later became a US citizen. He entered Iraqi politics again after the 2003 US invasion and climbed the political ladder to become the governor of Najaf from 2004-2005. In 2006-2009, he held a high position at the Iraqi Ministry of Interior and returned to the office of Governor in Najaf for two terms from 2009-2015. He was then impeached by the Najaf Provincial Council over corruption allegations and was removed from office by a presidential executive order, but remained popular in Najaf, particularly for his secular positions and his opposition to Iranian influence. He ran in the 2018 elections and won a seat in the Council of Representative representing Najaf.

As a governor, Al-Zurfi was a very strong administrator. He took decisive actions on governance and security issues and always prioritized necessary actions despite bureaucratic restrictions. This attracted criticism in government circles but made him very popular among the provincial constituents who credit him for many infrastructure improvements, among other things.

There is no consensus among the major Shia blocs about Al-Zurfi’s nomination to the Iraqi premiership. He faces objections over his positions on foreign policy, which are deemed to be unfriendly toward Iran. In the past fifteen years, it has been hard to secure a leading political position without Iranian approval. Al-Zurfi’s nomination will reveal how much influence Iran has retained after the killing of General Qasem Soleimani, especially under the current economic and health crisis in the country. It will also present an opportunity for General Soleimani’s successor, General Ismail Qa’ani, to show his ability to influence outcomes in Iraq.

Other objections to Al-Zurfi’s nomination stem from old political rivalries that got him removed from office over accusations of financial mismanagement and corruption. His nomination will also catalyze further competition among the various political blocs. Some of these issues are part of the inherent conflict among Iraq’s political class and cannot be overcome easily. Al-Zurfi may also face objections bordering on blackmail, especially from non-Shia political blocs. These can be resolved by skillful negotiation and maneuvering, depending on how many cabinet positions he can hand out to powerful groups to secure confirmation.

Al-Zurfi is also waiting to see how the protesters across Iraq react to his nomination since they have sacrificed hundreds of lives and suffered thousands of injuries in pursuit of reforms. They burned his political headquarters just a couple of months ago and considered him one of the very politicians they are protesting against. He also fails to meet two of their cardinal demands: he has held office before and has dual citizenship (Iraqi and American).

On the governance side, Al-Zurfi will have a rough time if confirmed. Iraq is always hard to govern, but with the currently mounting internal and external challenges, it is getting closer to impossible. He will have to deal with a strong legacy of bad governance and will also have to establish his credibility by going against very powerful armed groups that are taking matters into their own hands, as well as corrupt political groups responsible for misappropriating the public treasury. He must also bring to justice the politically and militarily well-connected people responsible for killing protesters.

Moreover, he will have to meet the challenge of tenuous US-Iraq relations and assure key internal powers in the Council of Representatives and society at large about his intentions regarding the status of US forces in Iraq. Perhaps most challenging of all, he will have to govern under the crippling threat of the COVID-19 pandemic and the sharp decline of oil prices, which may cause the state’s collapse if it continues on the current trajectory.

Under the Iraqi Constitution, Al-Zurfi has thirty days to form a cabinet and submit it for confirmation by the Council of Representatives. The former prime minister nominee, Mohammad Tawfik Allawi, failed to secure the confirmation because his opponents managed to prevent the formation of a quorum to conduct business in the Council of Representatives. The coming days will reveal if Al-Zurfi’s opponents have the numbers to employ the same tactic.  This will depend on the Kurds and the Sunnis, whose opposition to Allawi’s nomination destroyed his chances to secure the confirmation. For the Kurdish and the Sunni blocs, it is not a matter of whether Al-Zurfi is able to meet the governance challenges, but rather a question of if he will undertake enough political bargaining and ethno-sectarian apportionment of political positions that come with perks. Al-Zurfi will have to calculate how much he can give them to keep a semblance of legitimacy for his government.

Strike on Iraqi base kills US and Coalition soldiers: How will the US respond?

“The attack on Camp Taji is another sign that Iraq is returning slowly to the pre-2011 insurgency,” Abbas Kadhim says. “The Iraqi government is unfortunately incapable of controlling the various armed groups that have the ability to strike anywhere they want inside the country.”

Allawi withdraws PM nomination: Opportunities in Iraq despite the dysfunction

As dysfunctional as Iraq’s democracy can be, it is still a democracy and even the Iranian-backed political parties have to pay attention to the will of their various constituencies. This point means that an energized protest movement can help bring about conditions more favorable to Iraq’s recovery.