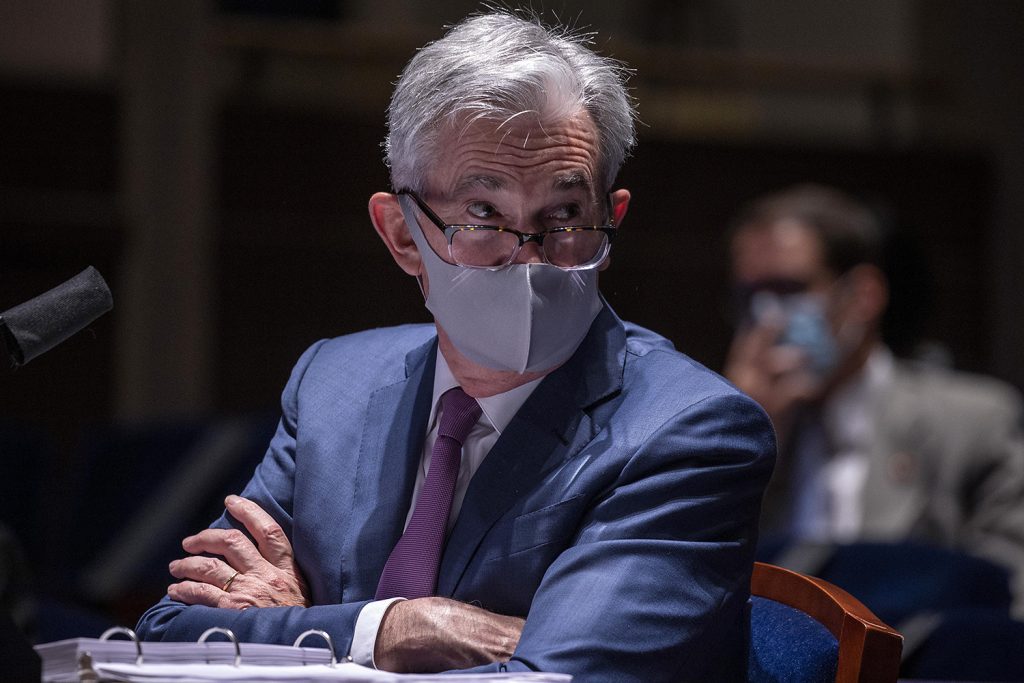 One of the most important challenges facing a central bank (CB) when it must act as a lender-of-last-resort to stabilize a financial crisis is to avoid fostering moral hazard. This trap occurs when market participants perceive little-to-no consequences for potentially excessive risk taking, as they come to believe that they will be protected should things go awry. Quick and decisive action by major CBs has stabilized international financial markets during the pandemic downturn, setting the stage for a broad economic recovery. But coming on the heels of large-scale CB accommodation during the 2008-2009 Global Financial Crisis (GFC), officials have reinforced the market’s belief that CBs will time and time again take policy measures to protect financial markets from widespread losses. While CB action helps mitigate risks of a deeper economic contraction in the short term, it also incentivizes continued risk taking—to the point of posing economic and financial stability risks in the future. With financial markets beginning to astoundingly recover, despite continued economic pain and an uncertain pandemic picture, the fear of moral hazard seems to have been forgotten.

Having learned from the positive impacts of their actions during the GFC, major central banks quickly jumped into action to stabilize the situation when international financial markets plunged in March as the COVID-19 pandemic struck. The US Federal Reserve (Fed) implemented huge securities purchase programs, some without limits, going beyond US treasuries and agencies to buy corporate bonds including those below investment grades (which CBs traditionally do not touch). The Fed also offered credit facilities to many market players, including money market funds and corporations. Importantly, in response to the US dollar funding crisis among non-US banks, the Fed arranged currency swap lines with several major central banks and US Treasury repurchase agreement lines with many other monetary authorities. As a result, the Fed balance sheet quickly increased from $4.2 trillion in February to a peak of $7.2 trillion in mid-June.

Similarly, the European Central Bank (ECB) launched a €750 billion Pandemic Emergency Purchase Program, later increasing it by another €600 billion. Under these programs, the ECB can purchase government and corporate bonds in member countries, without previous constraints on how much it can acquire in each member country. Consequently, the ECB balance sheet has increased from €4.7 trillion in mid-April to €5.6 trillion in June. Central banks in other major developed countries and several emerging market countries have also implemented their asset purchases programs.

Timely central bank actions have helped international equity markets recover most of the 30 to 40 percent losses suffered in February and March. Portfolio capital flows have more than reversed their earlier net outflows from risk assets. Borrowers including those below investment grades have been able to issue significant volumes of bonds. For example, global corporations have issued more than $6.4 trillion of bonds—on course to reach a record high this year. Emerging market sovereigns have also issued $123.5 billion of hard currency bonds in the first half of the year.

But the swift recovery of financial markets seems to be at odds with the underlying economic reality—where unemployment remains widespread and bankruptcies remain quite elevated. Moreover, financial market buoyancy is persisting even as the Fed balance sheet has shrunk from $7.2 trillion to $6.9 trillion in late July; and the ECB balance sheet has also declined modestly in recent weeks—reflecting investors’ reduced reliance on CB support. This is a clear indication of moral hazard at work. Markets no longer need central banks to add liquidity to do well; all they require is just the conviction that CBs are there ready to provide support when needed. While providing breathing room in the short term, this expectation of CBs coming to the rescue will likely lead to continued risk taking by the market, which could threaten future financial bubbles and stability risks.

Another manifestation of moral hazard is the fact that plentiful CB liquidity and low interest rates continue to sustain most companies, including unproductive ones. The number of zombie companies—those generating insufficient profits to pay interests on their debt— has noticeably risen as a share of the corporate universe. According to Deutsche Bank Securities, zombies currently make up 20 percent of US companies, having doubled since 2013. The share of zombies in Europe is likely similar given that in 2016, a BIS study estimated the zombie share at 12 percent for fourteen advanced economies under study (mostly in Europe). The United States and Europe could be falling into the same trap Japan did three decades ago, when the country kept zombie companies alive with easy financing conditions so that their share reached almost 35 percent in the mid-1990s, ushering in decades of slow growth.

A high share of zombies in the corporate sector essentially prevents the optimal allocation of resources away from unproductive firms to more efficient companies in growing areas of the economy. In other words, it blocks the Schumpeterian “creative destruction” process, suppressing productivity growth and reducing potential growth rate going forward. Indeed, the rating agency Fitch has lowered its estimates of potential growth rates of ten major countries by 0.6 percentage point per year on average—for example, from 1.9% to 1.4% for the United States, and from 1.2% to 0.7% for the Euro area. This is the price to pay for abundant CB liquidity today. The moral hazard may be unavoidable to meet the current crisis, but only at the cost of potential future growth.

Hung Tran is a nonresident senior fellow at the Atlantic Council, and former Executive Managing Director at the Institute of International Finance.

EU deal is a win-win for all sides

The €1.8 trillion agreement was the subject of intense debate over several days, but in the end European leaders reached a compromise that is a win-win for all sides and will strengthen the EU’s economy and political stability during turbulent times.

To pave the way for a sustainable recovery, show the data

Image: WASHINGTON, US.- US Federal Reserve Chairman Jerome Powell testifies before the U.S. House Committee on Financial Services on Oversight of the Treasury Department's and Federal Reserve's Pandemic Response in Washington, D.C., the United States, on June 30, 2020. (REUTERS)