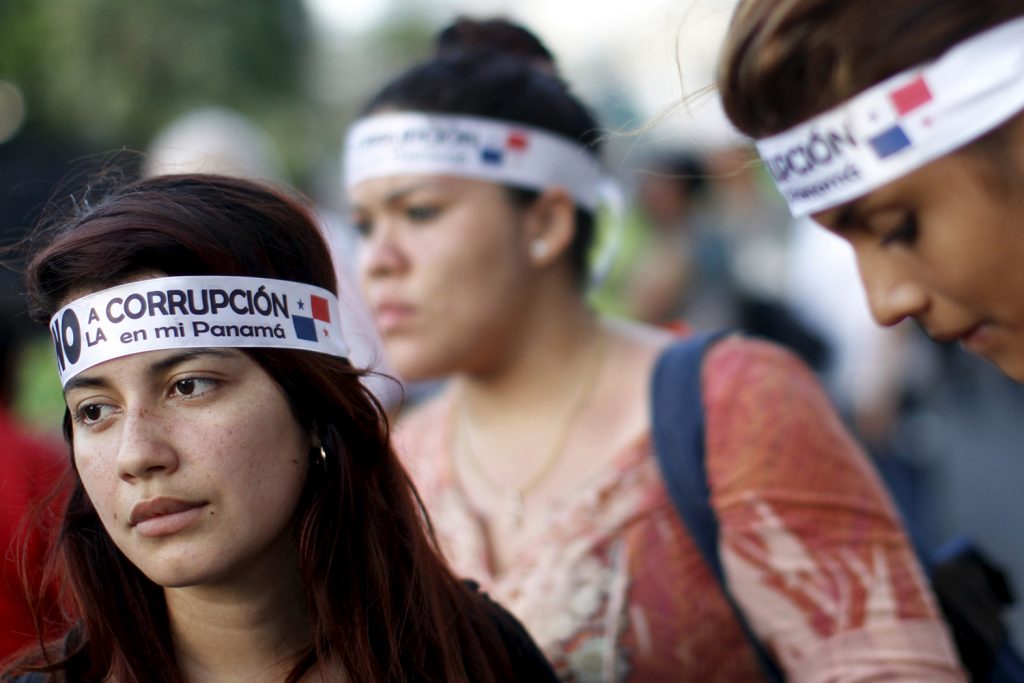 The year 2019 saw a wave of demonstrations across Latin America, and governments have attempted to respond to citizen demands with varying degrees of vigor and success. In Panama, citizens have taken to the streets in recent years to protest government corruption. Now amid the COVID-19 pandemic, fresh allegations of corruption and institutional inefficiencies are fueling a renewed push towards reforms and greater transparency. In order for Panama to emerge from the pandemic with inclusive and sustainable growth, the country needs a new social contract that combats corruption and provides equal opportunities for everyone. With the election of Joe Biden—who brings a strong commitment to Latin America and the Caribbean—as president-elect of the United States, now is the perfect time for Panama to take concrete steps to improve its image, in order to attract investment from and strengthen economic ties with the United States.

Corruption has persisted in Panama for decades. According to the United Nations Office on Drugs and Crime, Panama loses $520 million a year—approximately 1 percent of its gross domestic product (GDP)—to corruption.  Investigations surrounding the Odebrecht Case, the largest corruption case in Latin America and the Caribbean, concluded in Panama on October 14, 2020: The Brazilian construction company was found guilty of paying more than $100 million in bribes to officials in the governments of former Panamanian presidents Martín Torrijos (2004-2009), Ricardo Martinelli (2009-2014) and Juan Carlos Varela (2014-2019). But only ten out of the one hundred individuals charged have been convicted with crimes. The fate of the rest of the suspects lies at the hands of Panama’s judicial system, which is often criticized for being neither independent nor depoliticized.

As of last month, the Attorney General’s office was investigating over a dozen crimes against the public administration related to irregularities in contracts, cost overruns, and the use of state bonds during the pandemic. Among the several government officials under investigation, Vice President and Minister of the Presidency José Gabriel “Gaby” Carrizo was accused of overpricing medical equipment and awarding multimillion-dollar contracts to advertising firms. Minister of Public Works Rafael Sabonge has also been targeted by social media campaigns demanding his resignation after allegedly purchasing hospital infrastructure at inflated prices. Earlier in May, Public Security Minister Juan Manuel Pino sought to buy $7.1 million worth of weapons and ammunition, putting the purchase on hold only after public pressure. And while the country’s Social Security Fund (Caja de Seguro Social, or CSS) struggled to find ventilators for COVID-19 patients, Vice Minister of the Presidency Juan Carlos Muñoz issued letters of commitment to acquire ventilators at $49,000 each, far above the market price of $5,000 each. Amid protests, Muñoz resigned.

Between September 2019 and September 2020, Panama increased its public debt by $7.5 billion, bringing the total to $36 billion. For the first time since 2006, Panama’s public debt has risen above 50 percent of the country’s national GDP, amid allegations of fiscal mismanagement by the government. As a result of a deterioration in Panama’s fiscal and debt metrics, Moody’s revised the country’s outlook from stable to negative. Government-issued bonds have largely contributed to this increase in Panama’s public debt, with limited clarity or transparency regarding how these funds will be allocated.

A series of other factors, when combined with criticisms over corruption and the country’s rising debt, could unleash social unrest in Panama in the coming months. With a projected GDP drop of 13.6 percent this year, unemployment will grow from 7.1 percent to 25 percent. In other words, the number of people without formal employment will more than triple, with the most affected demographic being those under the age of thirty.

In times of crisis, confidence and credibility in institutions is needed more than ever. Plagued by international scandals in recent years, and after being added to the Financial Action Task Force (FATF) gray list, the Panamanian government needs to help improve the country’s image to bolster foreign investment. US President-elect Joe Biden will bring a return to US leadership in the region via the mobilization of private investment and the prioritization of economic development. Panama must be able to provide confidence in the equitable and transparent use of resources to generate profitability to investors and the Biden-Harris administration. Attracting foreign investment can help boost sustainable and inclusive economic growth, as well as productivity and the labor force, all of which will be crucial to the post-pandemic recovery.

While the COVID-19 pandemic presents a number of new socioeconomic challenges and intensifies weaknesses pertaining to inequality and corruption, it also presents an opportunity for the Panamanian government to rethink the future. Panama can emerge from this crisis and embark on a dynamic and sustainable growth path, but only if the country devises a new social contract that strives to provide equal opportunities for all. As in the case of Chile, which on October 25 voted to rewrite the country’s Constitution after mass protests against inequality, a new social contract for Panama must be designed together with its society and must include key proposals for revitalizing the economy, which was one of the fastest growing in the world prior to the pandemic. Most critically, the creation of institutional incentives to deter corruption and an independent judicial system that prosecutes, convicts, and sentences individuals found guilty of corruption must be put in place to address improbity.

These recommendations are further detailed below:

Bolivia emerges from its electoral turbulence

As Arce prepares to begin his term on November 8, he must consider Bolivia’s priorities and relationships in the region in order to secure prosperity for the nation and a continued commitment to upholding democracy.

While the new constitution could help jumpstart efforts to alleviate many of the inequalities in Chilean society, the struggle to get to this point should give caution to other countries that have left structural inequalities unaddressed.

Image: Protester are seen with bands on their heads during an anti-corruption march in Panama City July 1, 2015. The band reads "No to Corruption in my Panama". REUTERS/Carlos Jasso