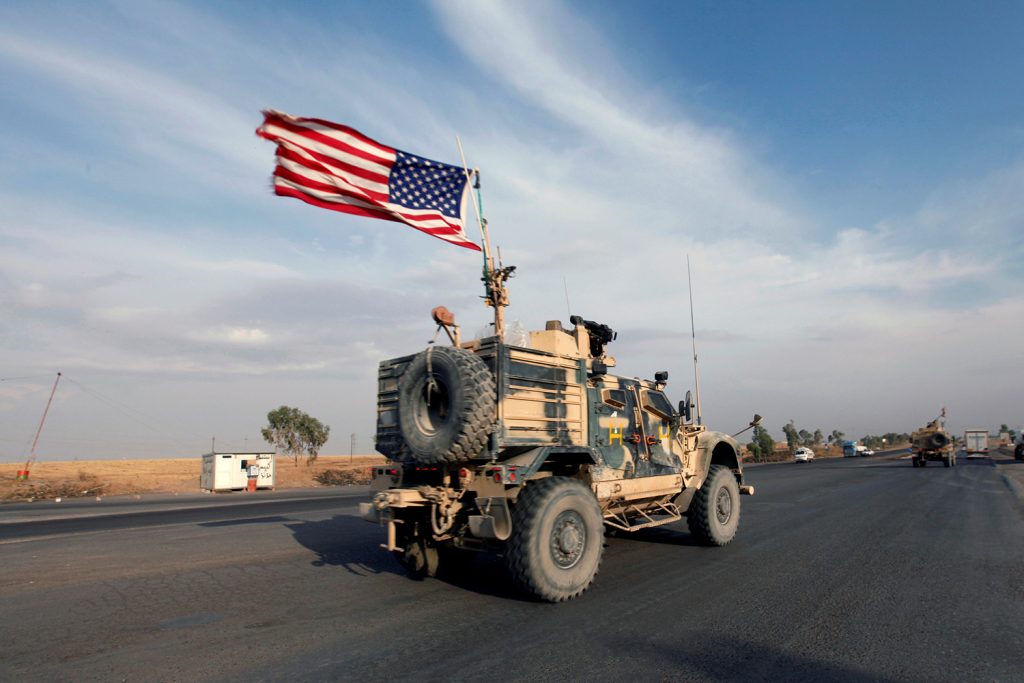 As this writer worked with colleagues on the Syria Study Group to arrive at findings and frame recommendations for our final report, one daunting problem continued to haunt. Even if US President Donald J. Trump were to accept the Study Group report as the basis of US policy, how could it get Republicans and Democrats in Congress on the same page concerning Syria? This seemed to be mission impossible.

Americans, it seemed, were exhausted by Syria’s endless travails. Democratic candidates for president had little to say about Syria (or foreign policy in general) and Republicans seemed firmly behind an incumbent president who had tipped his hand about gifting northeastern Syria to an array of bad actors in late 2018. The prospect of bipartisan support for a sensible policy leveraging a modest military presence to suppress extremists and to influence the shape of an overall Syrian political settlement seemed nonexistent. Then a miracle occurred.

President Trump’s telephonic green light for Turkey to enter northern Syria and push back the partner military force with which the United States had worked for five years combatting the ‘caliphate’ of the Islamic State of Iraq and al-Sham (ISIS) triggered an earthquake in congressional sentiment. The prospect of shamelessly abandoning combat partners—even partners as politically toxic to a NATO ally as the People’s Protection Units (YPG), who are the Syrian branch of the Kurdistan Workers’ Party (PKK)—shocked Democrats and Republicans alike. Shock turned to rage as the president issued a stream of gratuitously insulting comments about those partner forces, who had suffered significant casualties in the course of supporting an important US foreign policy objective. Democrats and Republicans—354 of them in the House of Representatives—seemed to agree that this was a profoundly un-American way of doing the nation’s business.

It was not only the betrayal of a partner that got the attention of Congress. The president’s seeming indifference to the prospects of ISIS resurrecting itself and Iran expanding its presence in Syria courtesy of a humiliating US military evacuation provoked push-back that transcended the betrayal. Senate Republicans have led this remarkable counterattack.

Senate Majority Leader Mitch McConnell (R-KY) and Senator Mitt Romney (R-UT) have highlighted the importance of Syria to the safety of Americans. They have also stressed the duty of the United States—as a matter of self-defense—to uphold the post-World War II international system created and strengthened by Democratic and Republican presidents. They have taken this position despite a Trump electoral base apparently willing to support the president’s assaults on alliances and institutions. They have risked angering a bloc of voters important to their own political survival, while most Democrats purporting to be qualified for the role of commander-in-chief have been almost silent on foreign policy, reflecting perhaps the priorities of another electoral base that might also support the abdication of international responsibilities were Mr. Trump not the abdicator-in-chief.

The question, however—one addressed in a recent article by this writer—is whether anything can be salvaged from the grievous setback in Syria. The answer here is a highly qualified “yes.”

Taking advantage of the miracle of bipartisanship to craft an effective US policy toward Syria will require the cooperation of the president.

Taking advantage of the miracle of bipartisanship to craft an effective US policy toward Syria will require the cooperation of the president. This is both unavoidable and far from a given. The vice president and secretary of state are neck-deep in the salvage operation. But they will always be one tweet or one phone call away from being absolutely undone unless the president can be hard-wired into a deliberative process defining US objectives, crafting a strategy to achieve them, and ensuring that resources—personnel and funding—are adequate for a disciplined, long-term effort. Whether he knows it or not, spontaneity and reliance on instincts are not Mr. Trump’s strong suits.

The objectives in Syria are to seal the victory over ISIS and to bring about Syrian political transition away from a crime family whose depredations (featuring civilian mass homicide) destabilize the neighborhood and threaten the West by providing a powerful recruiting tool for Islamist extremists worldwide.

The withdrawal of US forces from areas recently liberated from ISIS must stop. The Syrian Democratic Forces (SDF), understandably panicked by sudden betrayal and stripped of defenses by false promises, invited the Assad regime and Russia to deploy forces facing the Turkish army. Every effort must be made to contain those Assad forces in the far north and to prevent them from moving south into populated areas. This will require the full cooperation of the Kurdish-dominated SDF.

That cooperation may be hard to obtain. The speedy return of displaced persons to their homes in the Turkish safe zone will help. But distrust of the United States under current management may present in insurmountable obstacle. And for a growing ISIS insurgency to be neutralized, Kurds must be convinced not only to drop the Assad regime, but to abandon efforts of their own to govern predominantly Arab areas. Cooperation is a tall order indeed.

If maintaining a US military presence in northeastern Syria proves impossible, the single most important piece of leverage for Syria’s future will have been handed over to bad actors for absolutely nothing.  Still, there could be important surviving strands of political transition leverage, starting with the protection of Syrian civilians from regime mass murder.

Diplomatic efforts with Moscow to get its client out of this filthy business altogether should be redoubled. Indeed, drawing on the digital research results obtained by The New York Times and Bellingcat, the administration should build the case of Russian war crimes in Syria, seeing to it that Russian military personnel and their Kremlin superiors face the permanent prospect of prosecution.

Beyond protecting civilians (using missile strikes where necessary to neutralize the regime’s tools of mass murder), non-recognition of the Assad regime, opposition to reconstruction assistance moving through and into the hands of regime operatives, and support of Israel’s attempts to neutralize Iranian efforts to use Assad Syria as a terror base against it will all be mandatory, with or without a military presence in northeast Syria.

The miracle of bipartisanship, however, will be fleeting and inconsequential absent a successful salvage operation.  And those prospects are not good if President Trump proves unwilling to change course and support professionals whose policy calculations boil down to the safety of Americans and their allies; professionals who know that what happens in Syria through the combined depredations of Assad, ISIS, Iran, and Russia does not stay in Syria.

How can the United States pick up the pieces of its Syria policy?

Atlantic Council experts detail how Washington can manage the situation in Syria and prevent the US-Turkish relationship from spiraling out of control.

Image: A convoy of US vehicles is seen after withdrawing from northern Syria, in Erbil, Iraq October 21, 2019. REUTERS/Azad Lashkari