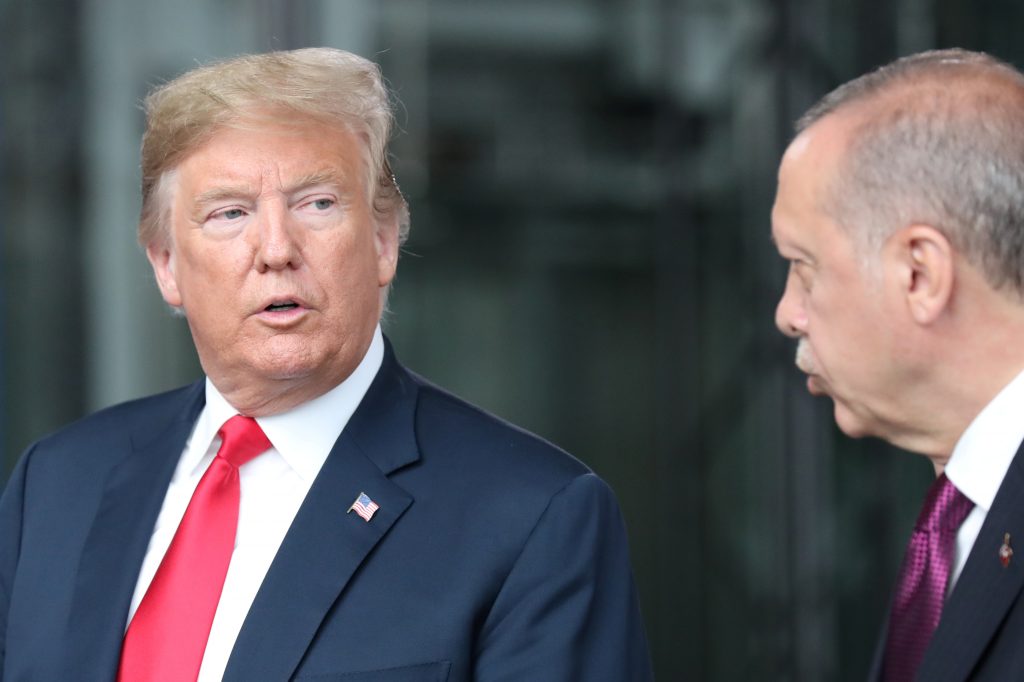 Turkey has agreed to pause its “Operation Peace Spring” in northeastern Syria for five days so that the United States can accomplish, through diplomatic means, Ankara’s military objective: the creation of a Turkish-dominated, Kurdish People’s Protection Units (YPG)-free “safe zone” twenty miles into Syria. If the pause takes hold one may hope that a burgeoning humanitarian disaster will be halted and reversed. But hope cannot substitute for diligent, sustained American engagement. This will require the cooperation of President Donald Trump.

Some commentators have denounced the work of Vice President Mike Pence. This is unfair. Pence, with the assistance of Secretary of State Mike Pompeo, may have succeeded in applying a tourniquet to a gushing, self-inflicted wound, one created by Presidents Trump and Recep Tayyip Erdoğan in the wake of their October 6 telephone conversation.

Critics are right to decry the gratuitous surrender of American leverage in Syria to Russia, Iran, the Islamic State of Iraq and al-Sham (ISIS), and the Bashar al-Assad regime. They are correct to criticize Trump’s cruelly inappropriate remarks about a Kurdish-dominated partner force that, with the support of an American-led international coalition, brought down the ISIS ‘caliphate’ during a grueling five-year ground combat campaign. They are justified in pointing with alarm to the gratuitous substitution of military violence for promising diplomacy in the safe zone matter; an American-facilitated and Turkish-implemented disaster that has displaced up to 300,000 terrified civilians.

But what exactly did critics expect Pence, Pompeo, and their aides to accomplish, given the dire circumstances dictating their trip to Ankara? Not only did they begin their work in a hole dug for them by the American commander-in-chief, but the hole got deeper every time Trump spoke or wrote about his handiwork. If the violence stops, if the displaced are permitted to return safely, and if the involuntary settlement of Syrian refugees in the homes of the displaced is avoided—is all this considered nothing?

These are, of course, big ifs. The YPG was informed of the terms arrived at by Washington and Ankara, the key sentence being, “The Turkish side will pause Operation Peace Spring in order to allow the withdrawal of YPG from the safe zone within 120 hours.” No doubt the YPG and all Syrian Kurds are deeply alarmed by the civilian protection implications of Turkey’s invasion.

The agreement obtained by Pence and company says, “The Turkish side expressed its commitment to ensure safety and well-being of residents of all population centers in the safe zone controlled by the Turkish Forces (safe zone) and reiterated that maximum care will be exercised in order not to cause harm to civilians and civilian infrastructure.” Whether Turkey will honor this commitment depends on how Ankara squares the circle of Erdogan’s pledge to resettle Syrian refugees in the safe zone with the undoubted right of the displaced to return to their homes.

No doubt some critics of the pause agreement were disappointed by the suspension of US sanctions on Turkey and the promise that they will be lifted once the Turkish military operation ends. For some Americans the prospect of a definitive break between two NATO allies is as appealing as it is to Russian President Vladimir Putin.

The view here is that such a break is to be avoided if possible, but that Turkey has the decisive ‘vote’ on this matter.

The view here is that such a break is to be avoided if possible, but that Turkey has the decisive ‘vote’ on this matter. If Operation Peace Spring turns out to be an exercise in ethnic cleansing and involuntary implantation of Syrian refugees, Turkey will be implementing its secession from the West. The United States would be powerless to prevent it if this is Turkey’s choice.

The pause agreement also imposes an important, ongoing requirement on Washington. “The safe zone will be primarily enforced by the Turkish Armed Forces and the two sides [the United States and Turkey] will increase their cooperation in all dimensions of its implementation.” This clause commits the United States, among other things, to playing an active role in seeking full application of international humanitarian law to safe zone residents, including those displaced. It certainly does not reflect President Trump’s stated desire to wash his hands of Syria altogether.

Indeed, this diplomatic tourniquet may fail to stop or even slow the bleeding from this self-inflicted wound. Yet Pence and Pompeo do not deserve condemnation for their Ankara efforts. Their real test lies in binding the American commander-in-chief to a course of action in Syria reflecting the national-security interests of the United States.

What the Turkish-Russian deal in Syria means for Vladimir Putin

The Kremlin stands to reap significant rewards from its agreement with Turkey on Syria.

Bipartisanship on Syria: Episode or enduring?