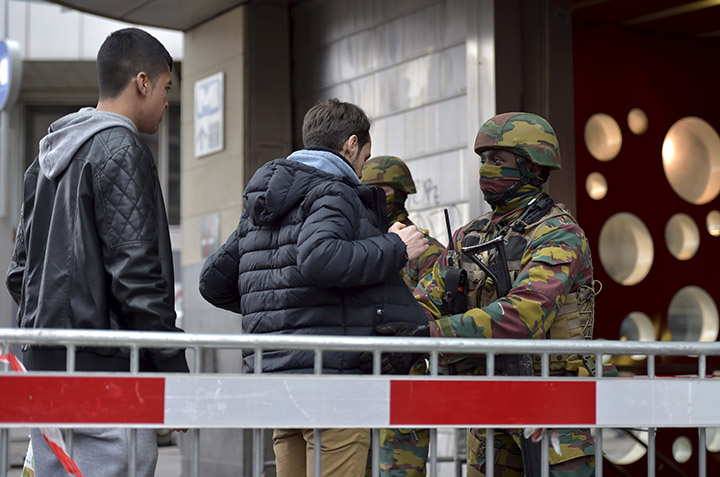 The terrorist attacks in Brussels have shaken the European Union to its core and will have long-term consequences for the transatlantic community.

Europe’s response to the migrant crisis, which has inundated the continent with more than one million refugees, will be an important factor in addressing this situation.

The political fallout from the attacks in Brussels will focus on the EU’s burgeoning migrant crisis, and whether Europe has unknowingly let terrorists into its borders. The attacks will likely signal to many that the EU has mishandled the migrant crisis and struggles to respond to the internal threats attributed to it. Just days before the attacks in Brussels, the EU brokered a fragile deal with Turkey to return migrants arriving in Europe to Turkey in exchange for renewed talks on Turkey’s EU accession and visa-free travel for Turks in Europe. That deal may now be at risk as Europeans question the security implications of visa-free travel and whether the deal goes far enough.

Brussels came under criticism in the months before the March 22 attack for being a hotbed of terrorist networks in Europe. The alleged architect of the Paris attacks last November, Salah Abdeslam, was caught in Belgium last week after a 125-day manhunt that many believed showcased the shortcomings of Belgium’s anti-terror capabilities.

The Brussels attacks will fuel support for anti-immigrant and xenophobic sentiments across Europe. The fact that at least one of the Paris attackers posed as a refugee to enter Europe has already compounded these sentiments. This month, Germany’s far-right party, Alternative for Germany (AfD), surged in state elections on a wave of anti-migration concerns. Germany’s embattled leader, Angela Merkel, drove the EU’s embrace of refugees and has orchestrated Germany’s intake of the largest number of refugees in Europe. Fringe political parties in other European countries, particularly refugee-friendly Sweden, have also benefitted in stature and popularity following terrorist attacks and the high-profile spate of mob violence in Cologne in December. The attacks in Brussels may reinforce the message of these fringe groups and drive once skeptical voters into their arms.

Finally, the attacks will fray the seams of European unity. The majority of fringe political parties are also Eurosceptic parties, keen on questioning the value of European unity and dismantling the institutional integration that Europe has built over the decades after World War II. As their popularity and power surges, so will their political pressure to dismantle the EU. Such pressure has second- and third-order effects on the wide array of other threats facing the EU, from internal political divisions to Russia’s military revanchist position in the east to the unraveling of the Middle East and North Africa that will only add to the migrant crisis.

The EU is approaching an important moment with a June referendum in the United Kingdom on whether to leave the bloc. Proponents of staying in, including British Prime Minister David Cameron, have argued that it will keep the United Kingdom “safer and stronger.” But the Brexit movement leaders have argued the opposite and will likely use the Brussels attack to reinforce their position.