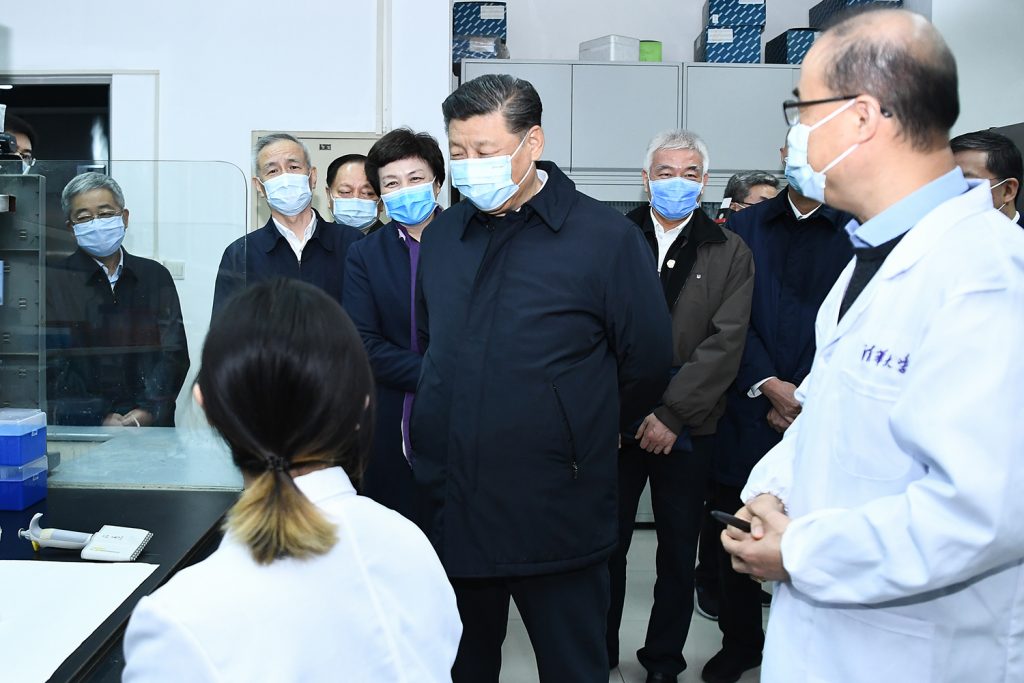 As the international community reels from the coronavirus pandemic, China is attempting to use finesse and force to reshape the world to its advantage. But Beijing has yet to prove that is able to take on the mantle of global leadership that the United States has ceded during this crisis. As facts emerge about China’s efforts to contain the virus and take advantage of the international disorder the pandemic has caused, Beijing’s narrative of triumph is increasingly turning into a narrative of blunder and blunt self-interest.

Many commentators have predicted that China will be successful in leveraging the coronavirus to bolster its geopolitical position—and that the world that emerges from the pandemic will be more Sino-centric and less hospitable to the interests and values of democratic states. This narrative is advanced by the United States’ increasing withdrawal from the world stage, the struggles of some of the world’s most powerful democracies to contain the virus, and the lack of meaningful coordination among the democratic allies to address the pandemic.

China’s attempts to seize strategic opportunities from this crisis, however, have provoked pushback and been undermined by unforced errors.

As the origin of the outbreak, it was China’s responsibility to limit the spread of the virus and prepare the outside world for its potential severity. Beijing instead showed more interest in protecting its international image than protecting its citizens or the international community. Rather than act quickly and aggressively to contain the virus, China suppressed and distorted information on its impact. One recent study shows that if China were to have moved earlier to contain the virus, the number of cases could have been reduced by 95 percent and the geographic spread could have been limited.

The growing human costs of China’s domestic cover up have been complimented by Beijing’s efforts to strengthen its image by denigrating democracies around the world. On March 12, a spokesman for China’s foreign ministry tweeted that the US Army “might be” responsible for the pandemic and Chinese officials in Tokyo have been told to refer to the virus as the “Japanese coronavirus.” Last week, China’s embassy in France, wrote on Twitter that some people in France “hate the inability of their own country” to manage the crisis. A recent ProPublica report details how the Chinese government has coordinated 10,000 suspected fake Twitter accounts to manipulate the narratives of the crisis.

China’s attempt to undermine trust in democratic governments around the world has led to significant push back from targeted countries, who together make up the bulk of power in the international system that China is seeking to remake.

Even once friendly politicians are beginning to witness the consequences of China’s missteps and assign blame to Beijing. On March 26, for example, former deputy prime minister of Italy Matteo Salvini, who was in government when Italy became the first large Western country to join China’s Belt and Road Initiative, wrote on Twitter, “if the Chinese government knew, did not report and did not protect, it committed a crime against humanity and those who have infected the world cannot be made saviors!”

Adding to this trend of self-interest and self-sabotage, China’s “mask diplomacy” has been riddled by unforced errors. After earning praise for donating coronavirus testing kits, ventilators, masks, and deployment of medics to countries around the globe, China’s medical exports are failing to meet safety standards of recipient countries. The Netherlands, Spain, and Turkey have flagged Chinese masks and testing kits as below minimum standards.

For seven decades, the United States led a stable international order by building trust in its capacity to advance its own interests alongside the interests of allies and partners. By continuing to distort the realities of the coronavirus, escalating geopolitical tensions during an international crisis, and offering defective medical equipment to countries struggling with pandemic, China is showing that it is neither interested in nor capable of filling the global leadership role that the United States has temporarily abandoned.

While it is too early to understand the impact of the coronavirus on geopolitics, it is not too early to recognize China as a rising power that is aggressive, opportunistic, and susceptible to mistakes.

Joe Bodnar is a project assistant in the Scowcroft Center for Strategy and Security’s Democratic Order Initiative.

Image: SHENZHEN, CHINA- In the photos taken on March 2, 2020, Chinese President Xi Jinping (center), also secretary general of the Central Committee of the Communist Party of China and president of the Central Military Commission, visits the Academy of Military Medical Sciences and the Faculty of Medicine from Tsinghua University in Shenzhen, China.