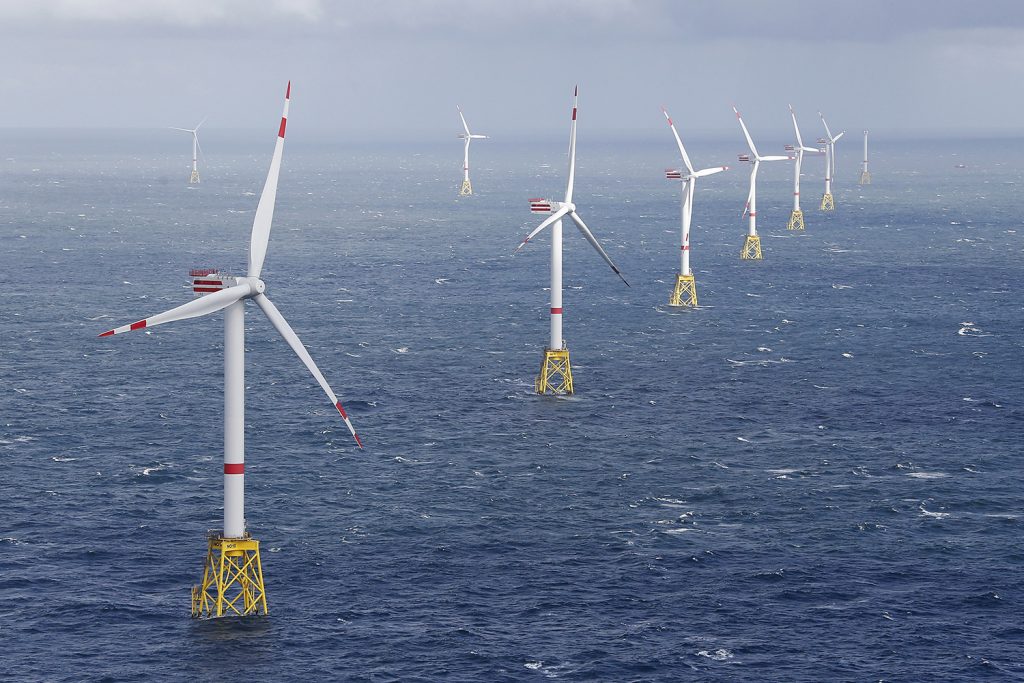 Continued energy cooperation between the United States and the European Union has been key in reducing Europe’s energy dependence, but now must also help guide both countries out of the coronavirus economic crisis and cut global emissions in the face of continued climate change.

“We need to work together between the European Union and the United States to reinforce energy security, develop our infrastructure, and help encourage clean energy generation to help reduce emissions globally,” Ditte Juul Jørgensen, director-general for energy of the European Commission, said on May 28. She argued that US-EU energy cooperation is strong and that “we have a number of actual success to prove that” such as increased liquified natural gas (LNG) trade that now sees the EU as the largest market for US LNG. But with the twin challenges of recovering from the coronavirus crisis and continuing to implement a transition away from carbon-intensive energy production, Jørgensen stressed that closer transatlantic cooperation “is an objective we can all agree on.”

Jørgensen spoke at an Atlantic Council event launching the new Atlantic Council report “European energy security and the critical role of transatlantic energy cooperation,” which argues for increased US-EU cooperation in areas such as development of competitive markets, identification of alternative energy sources and routes, collaboration on new clean technologies, construction of new infrastructure, and coordinated financing strategies to help strengthen Europe’s energy security and provide benefits to both sides of the Atlantic economically and politically. Ambassador Richard Morningstar, founding chairman of the Atlantic Council’s Global Energy Center and a co-author of the report, explained that “the United States and European Union have a strong interest in each other’s energy security because energy security relates to economic security and relates as well to political security.”

The benefits of this cooperation have already been demonstrated by the successes of expanded US LNG imports and new gas infrastructure projects which have helped Europe reduce its dependence on gas imports from Russia. The new availability of consistent US LNG has been “a significant contribution to the diversification of our energy supply, hence improving both competitiveness in the European market but also very much our energy security,” Jørgensen said. Francis R. Fannon, US assistant secretary for the Bureau of Energy Resources at the US Department of State, emphasized that “energy dependence creates political vulnerability,” and that Washington wants to “avoid situations where our friends and partners are beholden to those who seek to use energy for nonmarket coercive ends.” In addition to increased LNG trade, Fannon highlighted the completion of other gas infrastructure projects like the Southern Gas Corridor—which will bring gas to southern Europe from the Caspian Sea—new energy resource discoveries in the Eastern Mediterranean, and the development of new technologies, as other factors leading Europe to a new era of reduced energy dependency.

Theodore J. Garrish, assistant secretary for the Office of International Affairs at the US Department of Energy, celebrated the success of the Partnership for Transatlantic Cooperation (PTEC) forum has provided both sides since its development in 2018. Garrish reported that US and European officials have used the dialogue to implement ideas to desynchronize the electric grids in the Baltic States and integrate them into Europe, to promote small-scale LNG infrastructure in the Balkans, and to encourage research into renewable energy and the utilization of hydrogen for energy transport. Going forward, Garrish argued, this crucial line of coordination will help spark further cooperation in areas such as gas transportation routes, cybersecurity protections, new infrastructure, carbon capture, utilization and storage (CCUS), and nuclear energy.

This energy cooperation will continue to be needed as Europe embarks on its effort to transition its economy away from carbon-intensive technologies, as part of the European Green Deal program unveiled by Commission President Ursula von der Leyen in December. Jørgensen explained that the program at its core is “a growth strategy that aims to transform our European economy and European energy system into a modern, resource efficient, and competitive economy.” Because “75 percent of our greenhouse gas emissions in Europe come from either energy production or energy consumption,” Jørgensen continued, the European Union will focus on efforts to transition these sectors, including upgrading infrastructure, renovating buildings to be more energy efficient, updating rules and regulations, encouraging cross border investment, and emphasizing new clean technologies for production and transport.

Fannon described the European Green Deal as “a wide-ranging ambitious set of proposals that represents the Commission’s drive to innovate in its efforts to find new ways to meet Europe’s energy challenges,” and argued that US efforts to “provide alternative sources and types of energy are improving energy security” In Europe. He cautioned, however, that consistent transatlantic dialogue will be key as Europe implements the new program, as “the last thing anyone wants to see is for there to be additional tariffs or regulations that could limit the robust energy trade that is really creating beneficial outcomes for both the United States and for Europe.”

But while the European Green Deal is still in its opening stages, European policymakers have been forced to confront the new crisis: the coronavirus. On May 27, the Commission announced a €750 billion recovery plan to be added to its €1.1 trillion for 2021-2027. But rather than distracting from the European Green Deal, Jørgensen explained, the recovery plan has doubled down on Europe’s dedication to a clean energy transition. While some of the details are still being worked out, Jørgensen said the new package includes “significant boost or upscaling” in the EU’s Just Transition Fund, which aims to help areas dependent on carbon-intensive industries such as coal mining with retraining and alternative investment, as well as a 94 billion euro increase in the Horizon Europe program, which funds research into new clean energy technologies.

The United States should continue to be ready to cooperate with the European Union on these energy projects, especially as Washington looks to its own recovery plans. “Once we do leave our homes and get back to work we are going to need energy and more of it to reinvigorate our economies,” Fannon said. He also argued that the coronavirus crisis has reinforced the need to ensure “that we have reliable supply chains that feed into…clean energy technologies” to avoid some of the same dependency issues that the joint US-EU efforts have sought to reduce. András Simonyi, former Hungarian ambassador to the United States, senior fellow in the Atlantic Council’s Global Energy Center, and report co-author stressed that “if we are to succeed in our social and economic recovery, there is no alternative to the EU and the US, holding hands, deepening their cooperation, [and] meeting the dual challenges of energy security and climate goals, together, head on.”

Simonyi’s message was echoed by Jørgensen, Fannon, and Garrish, as well as European Commission Deputy Director-General Klaus-Dieter Borchardt, European Investment Bank energy economist Eugene Howard, and Cheniere Energy Senior Vice President Chris Smith, who all discussed the details of potential US-EU cooperation projects that could be undertaken in the future to both aid in the recovery and ensure a clean energy transition. The United States and Europe have worked together to transform the European energy landscape over the last few years, but with the continued challenges of climate change and coronavirus, their work is far from complete.

Downstream oil theft has become a global problem. Since most of the world’s energy systems still rely on oil, fuel smugglers are nearly always able to find markets for their goods. Moreover, as oil is not inherently illegal, it is generally an easy product to move, buy, and sell. Profits from oil theft are frequently used to fund terrorism and other illegal activities.