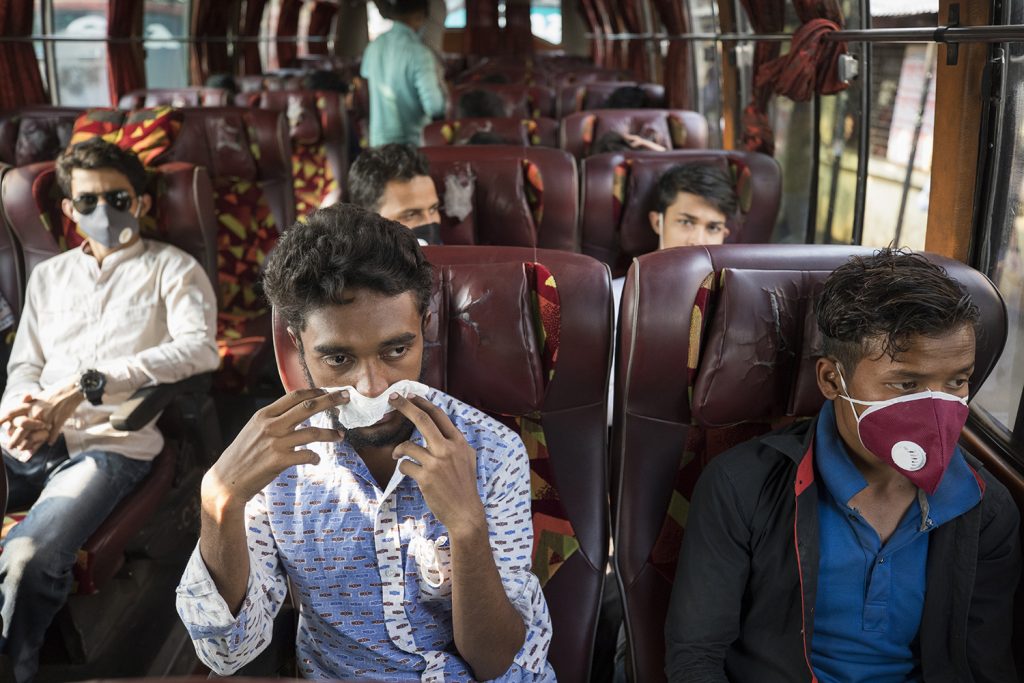 Bangladesh has a health crisis in the making. The lack of preparation in the United States and Europe that has spawned the ongoing crisis there still exceeds the preparedness of developing countries such as Bangladesh, which will have to battle the COVID-19 pandemic with limited financial resources and a legacy of poor healthcare infrastructure, especially for the urban poor. Already one of the most densely populated countries in the world, Bangladesh also has thousands of stateless Rohingya housed in sprawling refugee camps in the southeastern region of the country, in conditions prime for rapid spread. Given its proximity to China and a large migrant population living in severely affected countries such as Italy, Bangladesh’s Ministry of Health and Family Welfare should have taken preventative measures when the Chinese government first shared news of the deadly virus. Unfortunately, precious time was squandered.

After the first reported death in Bangladesh from COVID-19, there was a mass religious gathering in the southern part of the country attended by tens of thousands of people. Such events have been discouraged by authorities but communications need to be clearer and more forceful to be effective. Currently there is a ten-day nationwide holiday from March 26 to April 4, during which the army is enforcing social distancing across the nation. There are several potential policies the Bangladeshi government can use in its response strategy to blunt the COVID-19 pandemic’s health and economic impact on Bangladesh.

The Bangladeshi research institute spearheading the fight to test and detect coronavirus is the Institute of Epidemiology Disease Control and Research (IEDCR), a body under the Ministry of Health. The IEDCR has recommended that citizens avoid mass public gatherings. Yet, for the March 17 birth centenary of the country’s founder, Sheikh Mijibur Rahman, the government arranged two major public events in Dhaka. These events were supposedly more scaled down from their original intended size, but even so they was still packed with thousands of celebrants, live music, and fireworks.

Unlike in neighboring Nepal where the army set up a quarantine facility in Kathmandu as per the World Health Organization’s (WHO) recommendation upon the first positive COVID-19 test, the handling of quarantine measures in Bangladesh was inadequate. When the first batch of mass returnees arrived from China in February, they were all quarantined at the Ashkana Hajj Camp in Dhaka. The returnees complained about subpar conditions, including poor hygienic conditions and being crammed in small spaces. However, the authorities ignored the situation and the health risks it posed to those in quarantine. Subsequently, in mid-March when the second batch of foreign returnees—over a hundred and forty Bangladeshis evacuated from Italy—arrived, confusion ensued when they were taken to the same inadequate quarantine spot. These returnees protested and were ultimately allowed to leave with the promise of “home quarantine.”

On March 18, tens of thousands of people gathered in Raipur in the southern district of Lakshmipur to pray “healing verses” from the Quran. This event was organized by an influential local religious leader who urged people to join this event, promising a way to be “free from the coronavirus.” The same week, school holidays were announced to support the quarantine, but domestic tourist destinations such as the coastal areas of Chittagong and Cox’s Bazar were all bustling with people and activity. On March 20, the Islamic Foundation allowed congregational prayers to go on albeit for a shortened length.

Such contradiction in policy guidance and lack-luster enforcement has wasted precious time for the government to shore up its limited public health system and to implement best practices for maximizing social distancing and minimizing community transmission of the novel coronavirus. The impact on Bangladesh’s economy due to these missteps is likely to be significant.

The Asian Development Bank (ADB) estimates that export industries will suffer and the country will lose 1.1% of its gross domestic product (GDP) growth due to the pandemic. The ready-made garments sector which accounts for more than 80 percent of Bangladesh’s manufacturing income has already suffered a loss of $3 billion as major export destinations such as the United States, United Kingdom, and European Union are cancelling orders. In addition, foreign remittances representing over 5 percent of GDP (close to $17 billion in fiscal year 2019) will be affected as half a million migrant workers have returned home since the outbreak. The majority of these migrant workers were based in Middle Eastern countries which have been hit by declining oil prices. Furthermore, daily wage laborers, such as rickshaw-pullers, are the hardest hit as the closure of schools and colleges have led to lower demand for their services. For these workers—who survive hand to mouth daily—the consequences of quarantines and lockdowns, however medically necessary, are dire without robust government provision of food and supplementary income.

Bangladesh’s government is hardly alone in not tackling the pandemic early enough. Fortunately, after a slow start, the government has begun to show signs of urgency. Following the mass religious gathering in southern Bangladesh, the government started enforcing social distancing measures. Local administrations have been told to punish violators of the home-quarantine rules in line with Section 269 of the Penal Code. Additionally, an emergency lockdown has been imposed in the sub-district of Shibchar since March 19 where many returnees from Italy are based. The general secretary of the ruling party Awami League, Obaidul Quader, said that in the future there may be a possibility of further lockdowns in other areas. Most recently, the government declared a ten-day nationwide holiday from March 26 to April 4, wherein all government and private offices have been closed, and with the army mobilized to enforce social distancing across the nation. Almost all international flights have been suspended until April 7 and the country’s March 26 Independence Day celebrations were subdued.

The government encouraged low-income people to return to their villages where they would be provided with government aid or to take refuge in Bhashanchar, an island in the Bay of Bengal originally built to house Rohingya refugees. On March 20, the government authorized the Bangladesh Army to run two quarantine centers in Dhaka. One quarantine facility remains the same Ashkona Hajj Camp that has proved inadequate before. The other is a new one at Rajuk Apartment Project near Diyabari in Uttara.

In the medical arena, there has been progress as well. Isolation wards to treat COVID-19 patients have been set up in district-level hospitals across the country. Students and teachers of the Faculty of Pharmacy at the University of Dhaka have started making low-cost hand sanitizers due to market shortages in the wake of coronavirus fears. And, Gonoshasthaya Kendra, a public health center in Dhaka, received approval from the country’s Directorate of Drug Administration (DGDA) to mass-produce COVID-19 detection kits, each costing around $3.

Recommendations for tackling the situation

Policymakers in Bangladesh should gear up in anticipation of a deterioration of the situation. While the Asian Development Bank (ADB) has promised a $6.5 billion package to address the immediate needs of developing member countries (DMCs), and India’s Prime Minister Narendra Modi has pledged $10 million toward a special emergency fund to set up a rapid response team for the South Asian Association for Regional Cooperation (SAARC), Bangladesh will have to face this battle largely on its own. Over the past ten days, the South Asia Center has consulted broadly with public health professionals and social scientists who study Bangladesh. Those conversations lead us to offer the following healthcare, social, and economic recommendations:

The global COVID-19 pandemic is caused by a once-in-a-generation pathogen that has proven capable of bringing the health systems of the richest countries of the world to their knees. The damage that will be wrought on developing country populations if their governments delay implementation of aggressive countermeasures is unimaginable. Living in densely populated areas with large sections of society reliant on daily wages to make ends meet—and served by public health systems that have been deprived of investment for decades—Bangladeshi citizens are among the world’s most vulnerable to the unchecked spread of this disease. But the situation is not hopeless, and Dhaka must utilize every tool in its arsenal to serve its citizens. The policy checklist presented above is a good place to start.

Dr Irfan Nooruddin, Ph.D., is the director of the South Asia Center at the Atlantic Council and professor in the School of Foreign Service at Georgetown University.

Dr Rudabeh Shahid, Ph.D., is a nonresident senior fellow of the South Asia Center at the Atlantic Council and a postdoctoral research fellow at the University of York.

It is important to monitor the evolution of the coronavirus pandemic, its effects on each North Africa system, and the debate between government elites and masses to better understand the situation in these countries and the long-term implications of the health crisis.

Image: Passengers waits inside an intercity bus wearing a face mask amid concerns of corona virus pandemic in Dhaka, Bangladesh on March 23, 2020. Bangladesh has confirmed 30 cases, with 4 deaths due to corona virus (COVID-19), According to IEDCR officials. (Photo by Salahuddin Ahmed/Sipa USA)