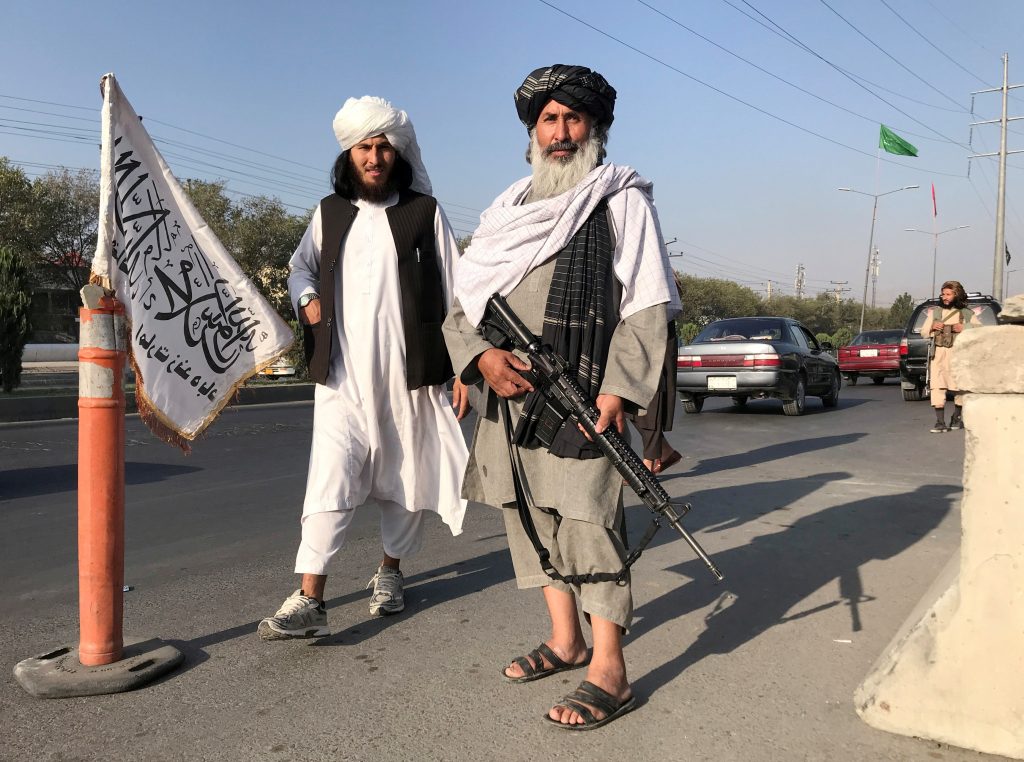 As their foot soldiers stepped up attacks on US and Afghan forces and expanded their territorial control throughout Afghanistan in recent years, the Taliban’s leaders also rapidly expanded their diplomacy from their base in Doha, Qatar. Among the dozens of bilateral and multilateral meetings with officials from the United States, Iran, India, Pakistan, Saudi Arabia, and Russia, the group’s engagement with China perhaps stands out the most.

Having provided the Taliban with a high-level public meeting in late July, Beijing seems open to the idea of recognizing the militants as the legitimate government of Afghanistan, especially given the fact that it pledged to “respect the wishes and choices of the Afghan people” after that meeting.

They’re not exactly new partners: China and the Taliban have a working relationship that stretches back at least a decade. In 2016, for instance, the militant group gave Beijing the green light to mine in Afghanistan’s Mes Aynak copper mine and assured Chinese officials that it was committed to safeguarding “national projects that are in higher interest of Islam and the country.”

During the July meeting, Chinese officials also acknowledged that the Taliban would play “an important role in the process of peaceful reconciliation and reconstruction” of Afghanistan. Sharing a narrow border of forty-seven miles, China views Afghanistan as a strategically important neighbor on at least three fronts: minerals and rare-earth materials, trade routes and the Belt and Road Initiative (BRI), and the Uyghur minority group. Meanwhile, Chinese foreign direct investment (FDI) into the country could provide Beijing an additional source of geopolitical leverage.

What develops in the coming months could be a mutually beneficial relationship. The Taliban would provide China with long-term development contracts and mining rights, as well as permit Beijing to expand its BRI in the country. In return, China would officially recognize the group and invest in Afghanistan’s infrastructure—though its engagement would heavily depend on the level of stability and security the Taliban can ensure.

Afghanistan has vast reserves of minerals, metals, rare-earth materials, and other natural resources with a potential value of up to three trillion dollars. These include gold, silver, platinum, iron ore, copper, bauxite, zinc, and lithium. In fact, some experts argue the country could have the potential to become the “Saudi Arabia of lithium”—invoking the key ingredient of the large-capacity lithium-ion batteries that are widely used in electric vehicles and the renewable energy industry.

Responsible for more than 80 percent of global output, China is already well-established in global supply chains of rare-earth materials, with especially robust operations in the Sub-Saharan Africa (SSA) region.

As the United States and its allies ramp up efforts to secure the supply chains of critical metals and rare-earth materials, Beijing is expected to face growing competition, particularly in SSA. It could relieve some of this increasing pressure through long-term deals with the Taliban to develop Afghanistan’s massive untapped reserves in return for mining rights and ownership arrangements.

This would increase its geographic diversification and supply-chain resilience while also providing the Taliban with a stable, lucrative, and legitimate source of revenue and foreign currency reserves. That, in turn, would reduce the Taliban’s financial dependence on the illicit drug trade and help its efforts to rebuild its image as the official government of Afghanistan rather than merely a militant group.

Back on the map

A stable Afghanistan is pivotal to any plans connecting landlocked Central Asian economies—Kazakhstan, Kyrgyzstan, Tajikistan, Turkmenistan, and Uzbekistan—to Pakistani and Indian ports in the Arabian Sea. The Taliban’s victory could provide some of that stability, as it is already a major player (mainly as the provider of security) in the Turkmenistan-Afghanistan-Pakistan-India (TAPI) pipeline project.

Meanwhile, China is planning to expand its BRI to Afghanistan to boost its influence there as the United States withdraws. Beijing is currently building a road through the Wakhan Corridor, a thin strip of land connecting China’s Xinjiang province to Afghanistan, in order to complement the existing road network it built throughout Pakistan and Central Asia as part of the China-Pakistan Economic Corridor, a key component of the BRI.

Until now, the close relationship between the United States and the Afghan government deterred Kabul’s full participation in the BRI. But the Taliban will have no such reservations: The group’s spokesman, Suhail Shaheen, has said “China is a friendly country and we welcome it for reconstruction and developing Afghanistan.” More stability could put the country back on the map as a major trade route in the region, leading to increased Chinese investment in the trade infrastructure of the country as part of its broader BRI initiative or other projects.

Afghanistan also borders China’s Xinjiang region, which is home to the predominantly Muslim Uyghur minority that’s been the target of a massive crackdown by Beijing. A Taliban-controlled Afghanistan could become a hub and training ground for alleged Uyghur militants affiliated with extremist Turkistan Islamic Party, a possibility that will likely prompt the Chinese government to build a close and cordial relationship with the group beyond economic deal-making to ensure that doesn’t happen.

At the same time, the Taliban needs the political and economic backing of Beijing. That’s why the group has already assured Beijing that it will not allow the Uyghurs to use Afghanistan in any way that would endanger China’s security. Taliban co-founder Mullah Abdul Ghani Baradar reiterated this assurance in his July meeting with Chinese Foreign Minister Wang Yi.

Investing in the future

Chinese state-supported companies are no strangers to investing in large-scale infrastructure and mining projects in areas that suffer from some level of political instability and social strife, including in Afghanistan. They have also demonstrated a higher risk tolerance than their western counterparts while operating in such environments. In 2019, the value of Chinese FDI in Afghanistan was estimated to be worth more than $400 million, compared to only $18 million from the United States.

Still, the probability of such large-scale investment materializing soon is low, given Afghanistan’s fragile security. China has already been burned by investments in Afghanistan that failed to account for a deteriorating security environment. The country will remain high-risk until the Taliban demonstrates that it can effectively transition from an insurgent group into a governing force that could provide a minimum level of security and stability for long-term economic investments to take place.

And although the current value of all Chinese investment in Afghanistan is more than twenty times that of the United States, those investments relied on the relative stability brought about by US counter-insurgency operations there. Without that security umbrella, China will need to depend solely on the Taliban for the stability it needs to protect and expand its investments.

Nevertheless, China is positioning itself for such a future. It has reportedly told the Taliban that in a more stable environment, Beijing is ready to begin investing in the country’s transportation infrastructure and will work with the group on larger energy projects, such as power plants and oil and gas infrastructure.

The beginning of something big?

China’s top priority is stability and security in the region. Without this, its BRI and other investments would be under threat.

As a much more sophisticated political, military, and social organization than it was twenty years ago, the Taliban stands a better chance of providing the minimum levels of security and stability needed to mobilize infrastructure investment in the country. Doing so could compel China to officially recognize the group as Afghanistan’s government, thus expanding Chinese investment and influence in the country and the region.

It’s also helpful that the two never faced off against one another in conflict, meaning a China-Taliban relationship would be more cordial and pragmatic than the Taliban’s relations with Russia or the United States.

Still, Chinese leaders would do well to remain wary of the risks behind the allure of Afghanistan’s extensive reserves and other geo-economic benefits. After all, the country has been dubbed the “Graveyard of Empires” for a reason.

Amin Mohseni-Cheraghlou is a macroeconomist at Atlantic Council’s GeoEconomics Center and an assistant professor of economics at the American University in Washington, DC.

Niels Graham is a program assistant for the GeoEconomics Center.