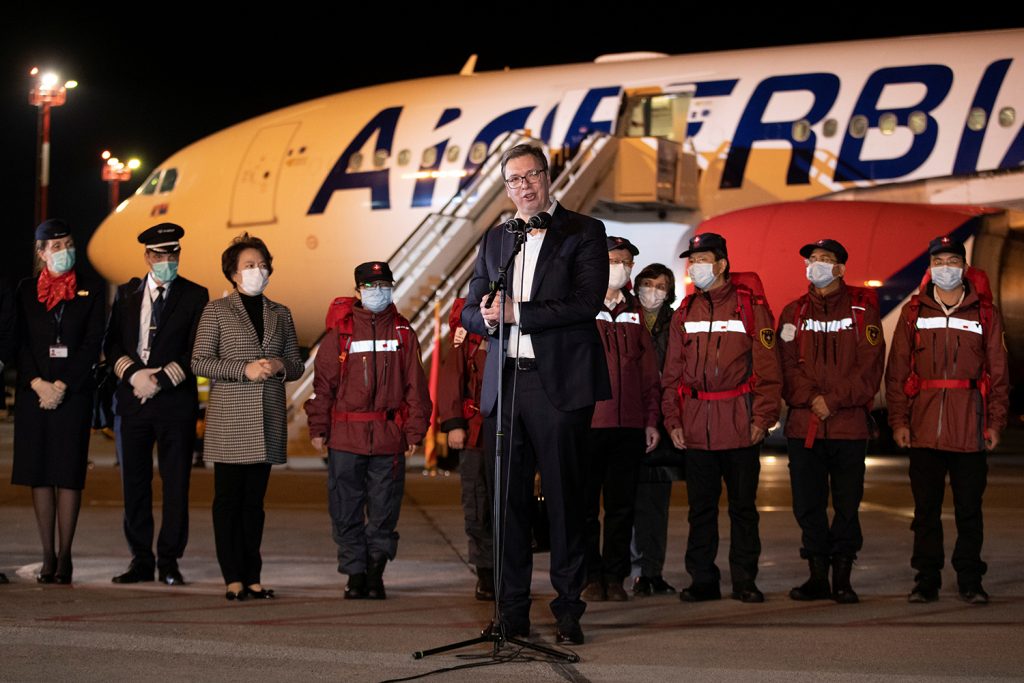 Imagine your country is trapped in a constitutional crisis. The government has just been toppled in a no-confidence vote. Parties in parliament are at loggerheads and unwilling to form a new coalition. The president insists on a cabinet of national unity. The largest parliamentary party, having been ousted from power, is loath to heed his call. Instead, its leader, the outgoing prime minister, calls for fresh legislative elections. It is the people who should have a say how to break the deadlock, he argues, not us politicians. Fair enough. Going back to the polls is how democracies handle such situations. Except that it happens at the time of COVID-19. Holding elections and breaking the lockdown measures might be risky. The president refuses to dissolve parliament and doubles down on effort to bring his own party, until now in opposition, to power and outmaneuver his rival who still occupies the prime minister’s seat until a new cabinet is cobbled together.

That story is real in Kosovo. Coronavirus has caused something of a perfect storm. The clash between Albin Kurti, the firebrand leader of Vetvendosje (Self-Determination), with President Hashim Thaçi is long-standing. Kurti backs an uncompromising approach to Serbia, as Belgrade continues to dispute Kosovo’s sovereignty. Thaçi, together with Serbian President Aleksandar Vučić, famously floated a plan for a land swap in exchange for Belgrade’s recognition of Kosovo.

The quarrel between the two Prishtina politicians threatens to cause tensions in transatlantic relations. The Trump administration is backing Thaçi. Europeans meanwhile thought Kurti, an advocate for clean government, should be given a chance. The French and the German ambassadors in Kosovo spoke out against the no-confidence vote. By contrast, their US colleague welcomed Kurti’s removal. Even if a national unity coalition does emerge, as Thaçi wishes, it is bound to be short-lived. In any case, it won’t have a strong mandate to negotiate on a compromise with Serbia, and therefore is unlikely deliver a deal the White House would be able to tout as a major foreign policy achievement.

Kosovo might be a special case but there is a common feature that applies to all its neighbors.  COVID-19 has put on hold elections in other Western Balkan countries too. North Macedonia was supposed to go to the polls on April 12 and Serbia on April 26.  On March 16, the two countries decided to postpone the elections. The manner in which that happened speaks volumes about the differences between the two post-Yugoslav republics. In North Macedonia, President Stevo Pendarovski gathered the leaders of the main political parties who then issued a joint decision. In Serbia, President Aleksandar Vučić essentially declared a state of emergency together with the prime minister and the parliament’s speaker, who come from his own party. In Skopje, the Social Democratic Alliance of Macedonia (SDSM) and the main opposition force, VMRO-DPMNE,  both participate in a technical government tasked with organizing the elections. In Belgrade, power is concentrated in the hands of the president with the cabinet rubber stamping his policies, despite the constitutional provisions. North Macedonia has a fairly competitive political system, though split into an ethnic Macedonians and Albanian bloc. Serbia looks more and more like a one-man show. As in next-door Hungary, where Prime Minister Viktor Orban has taken the opportunity to introduce rule by decree, COVID-19 is playing into the hands of Vučić, tightening his grip on power.  The worst part is that elections would not have made a great deal of difference since the Serbian opposition were already planning on boycotting.

The crisis around the coronavirus has also put focus on the Western Balkans’ place in the soft power competition between the EU and China. Central Belgrade now sports billboards thanking “Brother Xi” for the assistance Beijing has sent Serbia—the message paid for by a tabloid aligned with Vučić.  “European solidarity does not exist. That was a fairytale on paper,” the president himself lamented. “These are the same people who have asked us to fix our tender procedures to exclude the Chinese so that EU companies would get Serbian money. Now our Serbian money is no longer good enough for them.” Such rhetoric tapping in on anti-Western sentiment goes a long way in boosting Vučić s popularity. It also seeks to undermine and silence his critics who typically see the EU as an ally in the fight against authoritarianism and high-level corruption in Serbia. In reality, the Serbian leadership is set to gain from EU integration, including substantial financial assistance, while flirting with the likes of Russia and, increasingly China.

COVID-19 overshadowed two major developments in the region: the EU decision to open membership talks with North Macedonia and Albania, as well as North Macedonia’s formal accession to NATO on March 27.  In normal circumstances, this would have been huge news. Yet now the pandemic leaves little bandwidth for other matters, even in the Western Balkans.

NATO membership and EU accession talks should have boosted North Macedonia’s former Prime Minister Zoran Zaev in the forthcoming elections. Regaining power would be the ultimate political payoff for the Prespa Agreement of June 2018, settling the name dispute with Greece and scoring a victory for both Europe and the United States. But as time goes on and as elections are deferred until an unspecified date, such an outcome becomes more and more uncertain.

Can coronavirus achieve elusive unity in Bosnia and Herzegovina?

By Semir Dzebo and Shelby Magid

Their initial response to the COVID-19 outbreak shows that even the staunchest opponents of Bosnia and Herzegovina’s unity are capable of working within its institutions and putting the public interest before their ethno-political ambitions. Now they only need to be willing to do so outside of the threat of a global pandemic.