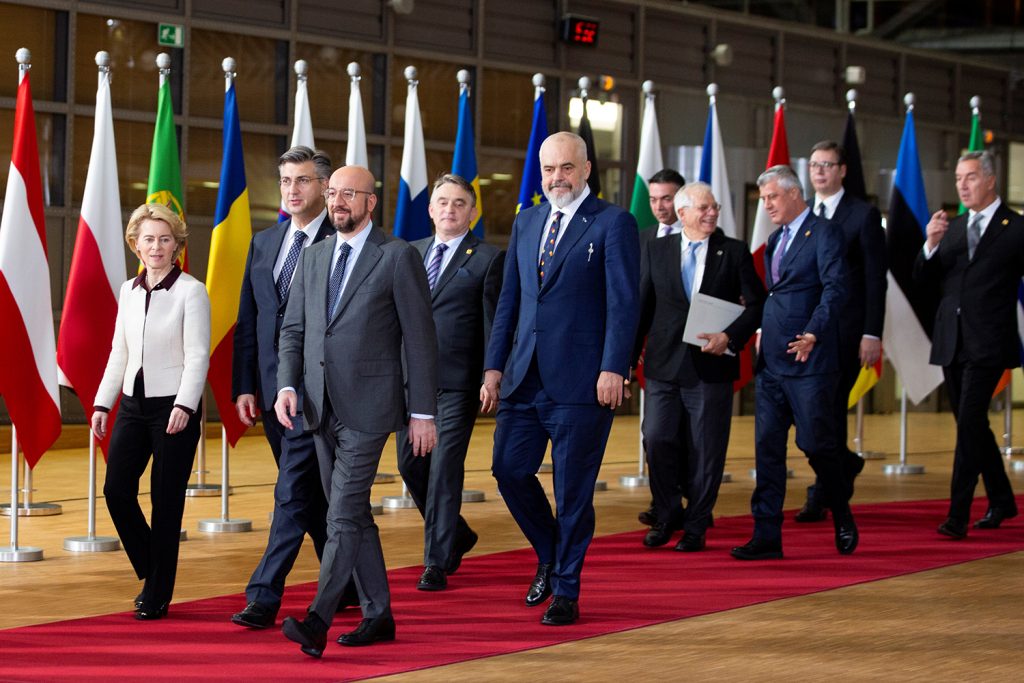 As World War II raged in Europe and Asia, former US President Franklin D. Roosevelt used his now famous 1941 State of the Union address to describe the “Four Freedoms” Americans should expect from their political and economic system: the freedom of speech, freedom of worship, freedom from want, and freedom from fear.

He argued that American society should provide “equality of opportunity for youth and others; jobs for those who can work; security for those who need it; the ending of special privilege for the few; the preservation of civil liberties for all; the enjoyment of the fruits of scientific progress in a wider and constantly rising standard of living.”

In the 1990s, the former Yugoslavia collapsed in a series of tragic conflicts that involved almost every country in the Western Balkans in one way or another. Twenty years later, the countries of the Western Balkans have come to a joint position that regional economic integration can help them more effectively meet their citizens’ demands and expectations for better living standards, as well as meet the collective desire of all countries in the Western Balkans to join the EU.

The initiative was launched in October 2019 as a common platform for three Western Balkans countries—Albania, Serbia, and North Macedonia—to expand the free movement of people, goods, capital, and services. The remaining countries of the Western Balkans region—Montenegro, Bosnia-Herzegovina, and Kosovo—have been invited to join, which is vital for the project to be truly successful.

Each individual economy in the region is too small to succeed on its own in a highly competitive global market—Serbia, the largest market, is only 7 million people. Improving collaboration and forging partnerships within the region and in third markets will result in growth, improved rule of law, more responsive governmental institutions, and greater transparency. It will simultaneously help the countries of the region fulfill the EU’s formal accession criteria, especially regarding good-neighborly relations, and position the Western Balkans as one of the fastest-growing and most dynamic areas of the world.

All the countries of the Western Balkans face virtually the same challenges. They must improve education, advance health reform, boost employment, reverse the brain drain, and develop basic infrastructure. These shared challenges require shared solutions that can only be applied successfully if the entire region acts in unison. While a number of disputes persist in the Western Balkans, namely the Serbia-Kosovo dialogue and the internal tensions within Bosnia and Herzegovina, there is nonetheless far more that connects us in the region than which sets us apart.

The creation of a common market will amplify and expand these connections, commonalities, and shared interests. But for this common market to be successful in the global economy, direct investment is needed by both large multinational companies, as well as regional and domestic actors. Moreover, in addition to improving the business climate, it will be necessary for the Western Balkans common market to strategically approach the development of economies of scale by raising the quality of production capacities and human capital within individual economies.

The business communities in the Western Balkans are collaborating to forge a de facto covenant with political leaders about sharing responsibility for the future of the region and the delivery of tangible results to improve the lives of citizens. But the Western Balkans economic integration process cannot fully succeed and maximize its potential based solely on the support of local governments and business leaders. Rather, the international community, led by the United States and the EU, must provide political, economic, technical, and general support to the Four Freedoms Initiative that complements other numerous efforts in the region, mainly led by the EU or EU-funded institutions.

The Four Freedoms Initiative showcases the maturity of political leaders in the Western Balkans and their ability to rise above the national level and create policies that will advance the wellbeing of their citizens. If pursued in an inclusive way to encompass the entire region, and if supported by the United States and the EU, this initiative will help cement long-lasting prosperity and peace in the Western Balkans.

As Roosevelt concluded in his Four Freedoms speech: “Our strength is in our unity of purpose,” and this unity of purpose is what will enable peace and prosperity for the nations of the Western Balkans.

Marko Čadež is president of the Western Balkans 6 Chamber Investment Forum, which represents the chambers of commerce and industry from Albania, Bosnia and Herzegovina, Kosovo, North Macedonia, Montenegro, and Serbia.